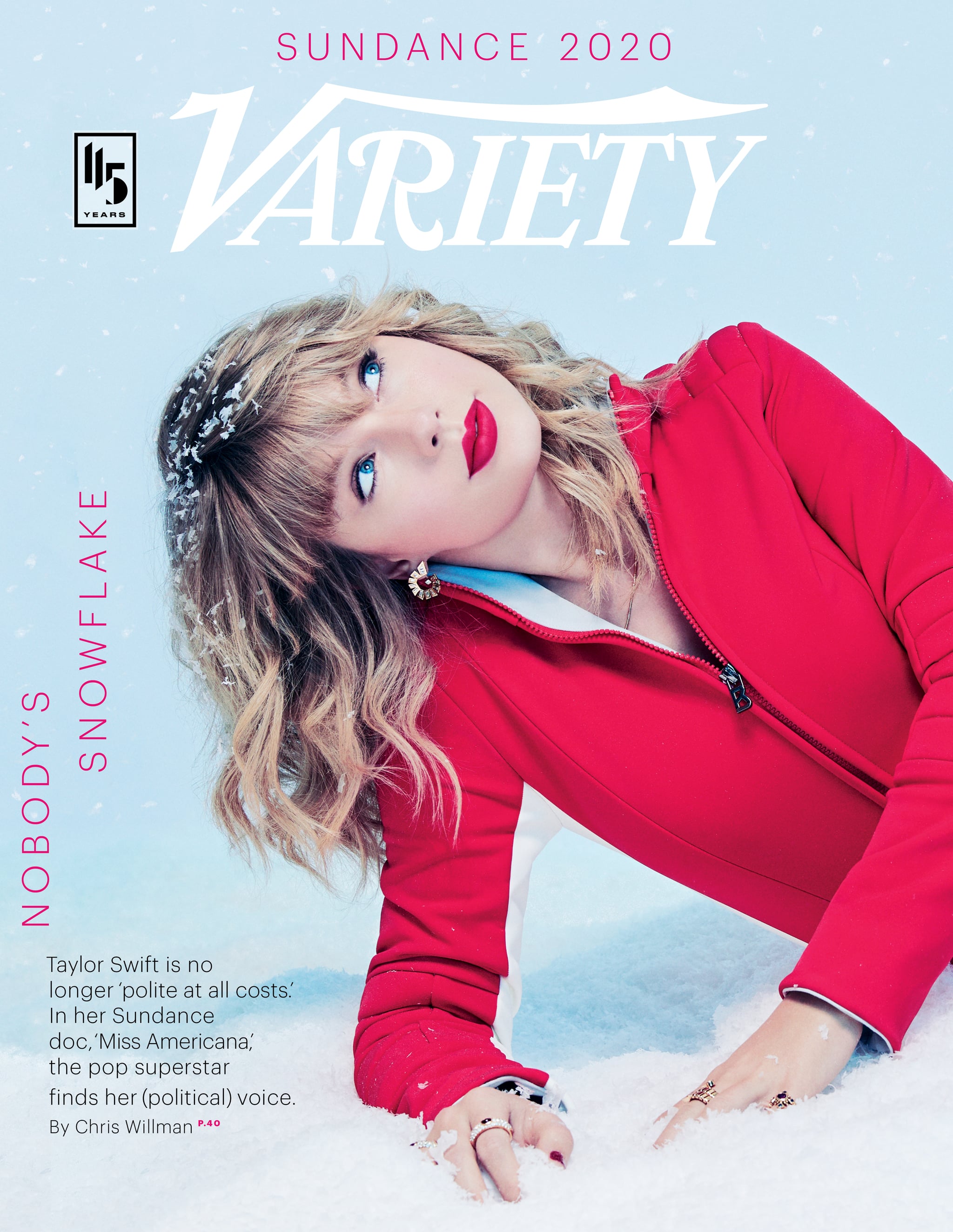 Taylor Swift has made some changes. Following the wave of criticism that preceded her sixth studio album, Reputation, the 30-year-old singer has begun to simultaneously care more about speaking out politically and care less about the ensuing public opinion.

"I still think it's important to be polite, but not at all costs," Taylor told Variety in an interview ahead of her documentary premiere at Sundance. "Not when you're being pushed beyond your limits, and not when people are walking all over you. I needed to get to a point where I was ready, able and willing to call out bullsh*t rather than just smiling my way through it."

"To celebrate but not advocate felt wrong."

This shift became noticeable in 2018. After infamously staying silent during the 2016 presidential election, Taylor encouraged her followers to vote in the midterm elections and spoke out against Tennessee Senate candidate Marsha Blackburn, who would go on to win. "From what my moral compass was telling me I needed to do, I knew I was right, and I really didn't care about repercussions," she said. Her family and team, however, did have their reservations. "My dad is terrified of threats against my safety and my life, and he has to see how many stalkers we deal with on a daily basis," she said. In the statement she released at the time, Taylor spoke passionately about LGBTQ+ rights, and she's continued to work toward being a better ally. "To celebrate but not advocate felt wrong for me," she said. "Using my voice to try to advocate was the only choice to make. Because I've talked about equality and sung about it in songs like 'Welcome to New York,' but we are at a point where human rights are being violated."

Related:
In 2019, Taylor Swift Stepped Into the Daylight and Shined Brighter Than Ever

Why didn't this happen sooner? "Every time I didn't speak up about politics as a young person, I was applauded for it. It was wild. I said, 'I'm a 22-year-old girl — people don't want to hear what I have to say about politics.' And people would just be like, 'Yeahhhhh!'" Taylor no longer concerns herself with receiving "unanimous praise." "That's what forces you to be brave," she said. "And that's what's different about the way I live my life now."

That bravery has extended to her ongoing feud with her former label, Big Machine Records, and talent manager Scooter Braun, who recently acquired the label along with Taylor's entire music catalog, excluding last year's Lover. In a Billboard Women in Music speech that followed, Taylor spoke about the importance of artists owning their masters and called out "toxic male privilege" in the music industry.

On whether she was scared to deliver her scorched-earth speech, Taylor said, "Well, I do sleep well at night knowing that I'm right and knowing that in 10 years it will have been a good thing that I spoke about artists' rights to their art, and that we bring up conversations like: Should record deals maybe be for a shorter term, or how are we really helping artists if we're not giving them the first right of refusal to purchase their work if they want to?"

Taylor's fight for what she believes is right hasn't been easy with the hardship she's facing in her private life. She disclosed to Variety that her mother, Andrea Swift, was recently diagnosed with a brain tumor amid her battle with cancer, which began in 2015. "The symptoms of what a person goes through when they have a brain tumor is nothing like what we've ever been through with her cancer before. So it's just been a really hard time for us as a family," Taylor said. "Everyone loves their mom; everyone's got an important mom, but for me, she's really the guiding force. Almost every decision I make, I talk to her about it first. So obviously it was a really big deal to ever speak about her illness."

As a result, Taylor's forthcoming Lover tour will primarily consist of musical festivals with a handful of stadium dates. "I mean, we don't know what is going to happen. We don't know what treatment we're going to choose. It just was the decision to make at the time, for right now, for what's going on," she said.

"I don't really operate very well as an enigma."

At the end of the day, in addition to her roles as a pop performer and newfound political spokesperson, Taylor is indeed human. "I don't really operate very well as an enigma. It's not fulfilling to me," Taylor said. "The bigger your career gets, the more you struggle with the idea that a lot of people see you the same way they see an iPhone or a Starbucks. They've been inundated with your name in the media, and you become a brand. That's inevitable for me, but I do think that it's really necessary to feel like I can still communicate with people."