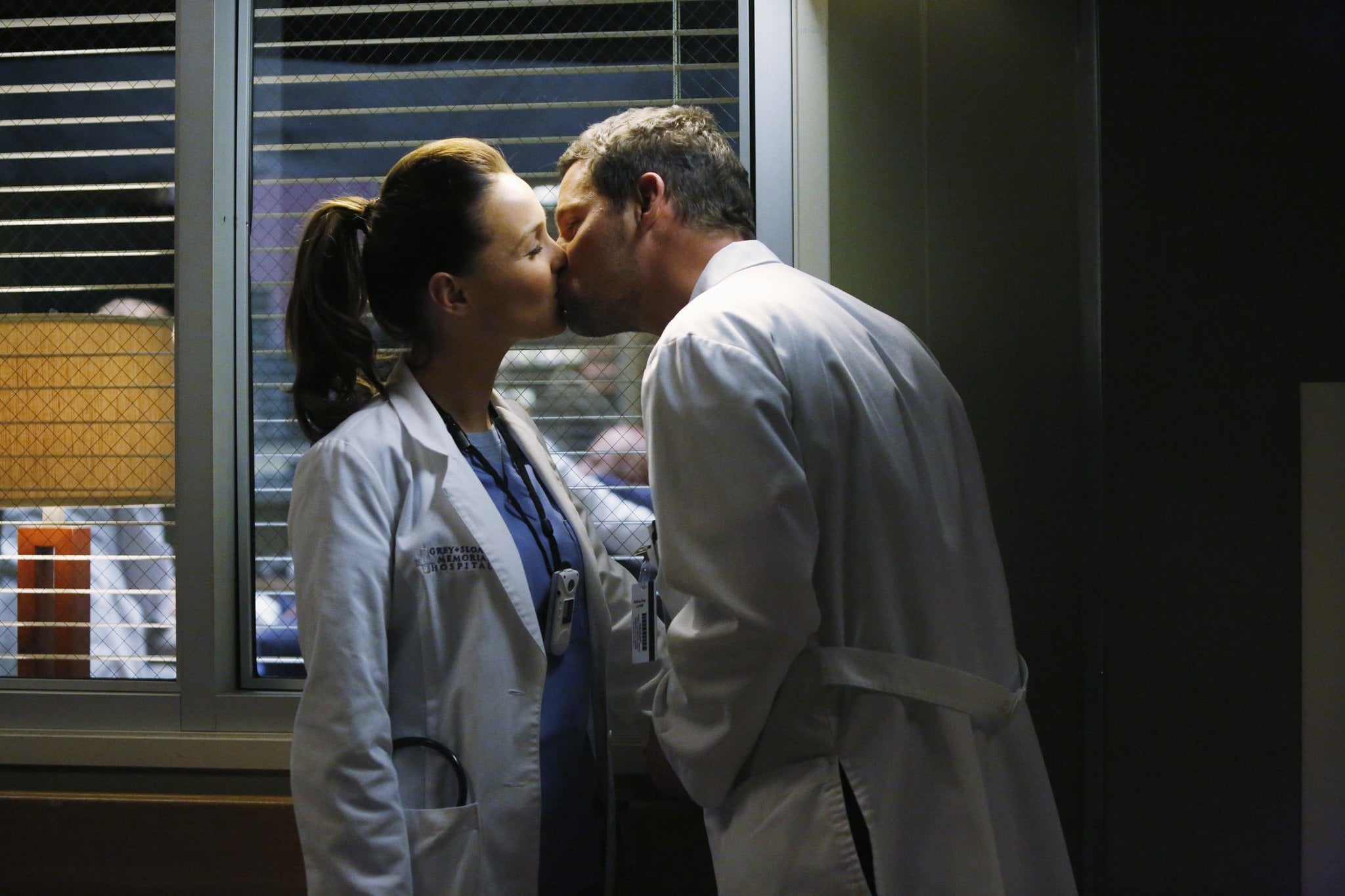 If you've watched, oh, I don't know, more than 10 minutes of Grey's Anatomy, then I can assume you've endured your fair share of tragedy. Death, destruction, and natural disasters are an everyday occurrence for the doctors of Grey Sloan Memorial, after all. Whether you only started watching this season — the medical drama's 14th, if you can believe it — or you've been a loyal fan from its very first year on TV, I have some extremely good, uplifting news to share for a change: two of your favorite characters are getting married!

According to Entertainment Weekly, the upcoming finale episode on May 17 will feature a wedding for Jo (Camilla Luddington) and Alex (Justin Chambers). The couple has had to navigate some pretty rough ups and downs since getting together in season nine, including a failed proposal, an abusive ex-husband, a jail scare, and finally the death of said ex-husband. It's exciting that Jo's proposal to Alex earlier this year is going to end happily . . . or is it?!

"I am so excited for Jo and Alex to finally seal the deal and get married," Luddington told EW of the big event. "But in true Jolex form, the wedding will have lots of twists and turns to it."

Gotta be honest here, people — I do not like the sound of that! In the past few weeks, more and more details about the season 14 finale have emerged, and most of them have been pretty ominous. For starters, both April (Sarah Drew) and Arizona (Jessica Capshaw) are leaving for good, though I have a sense that each of them will have emotional and worthy goodbyes as opposed to getting killed off the show. And then there's star Ellen Pompeo's recent tweet, when she described the episode as "not easy." Also, EW's exclusive photo from the episode is of Jo, Alex, and Meredith looking pretty freaked out. Could it be something to do with Alex's estranged mother?

Unfortunately I don't have any more concrete answers for you, so let's all focus on the one thing we do know: Jo and Alex are tying the knot, and no one deserves a fairy-tale ending more.

Netflix
Dearest Reader, Bridgerton Has Been Renewed For Seasons 3 and 4
by Kelsie Gibson 3 hours ago