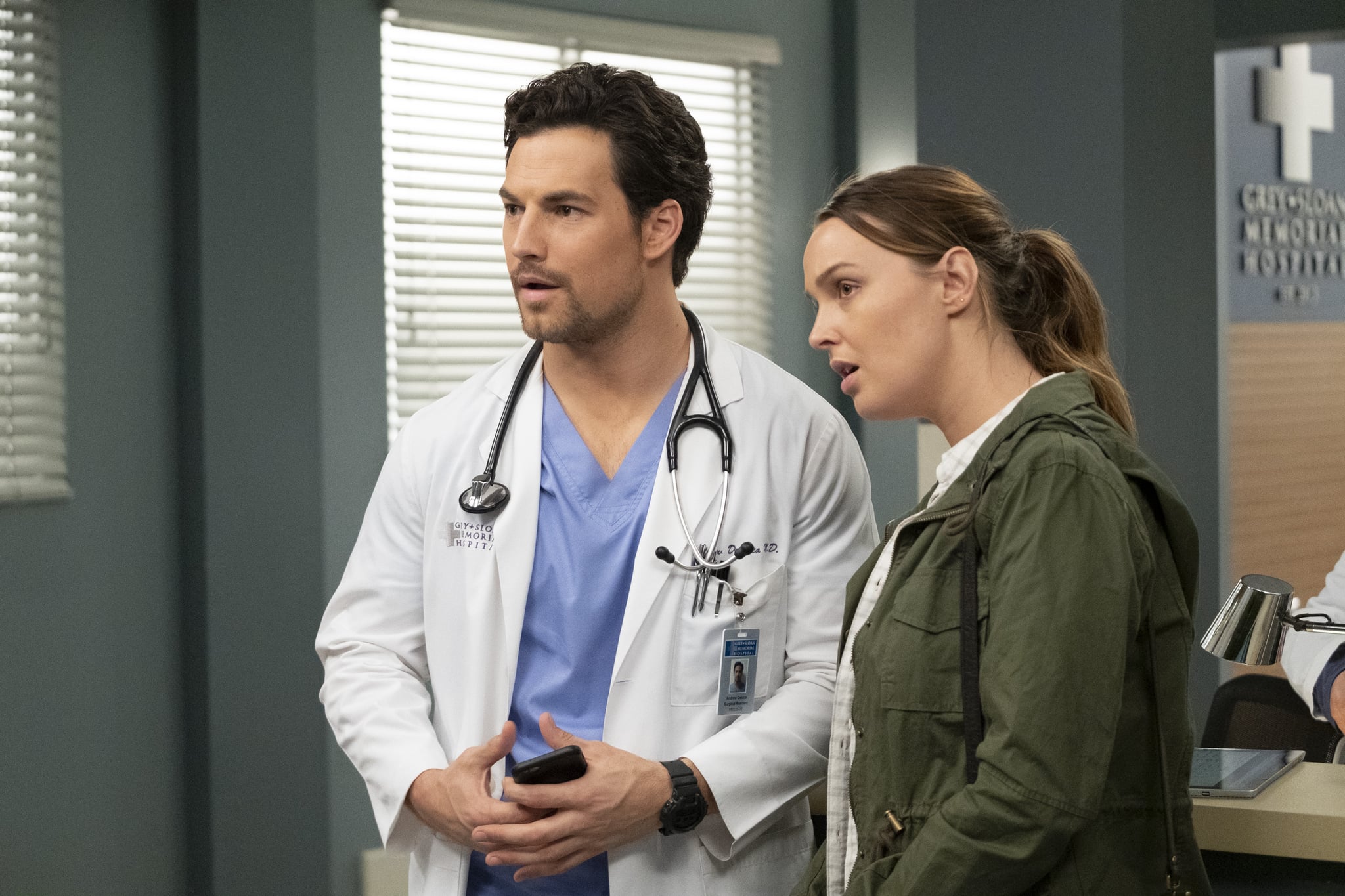 Meredith and DeLuca's relationship has gone through a whirlwind of ups and downs on Grey's Anatomy, but this latest escapade may take the cake.

It all starts during the season's May 2 episode, when Meredith commits insurance fraud to cover the surgery for a young girl whose family has been detained at the border. In a split-second decision, she uses her own daughter's name (Ellis) on the forms since her child's insurance can cover the surgery and saves little Gabby Rivera's life.

However, her ruse doesn't go unnoticed — both DeLuca and Webber are witnesses to her blatant insurance fraud, and while her decision leads the former to express his love for her (which she isn't able to reciprocate because she says the last man she loved died), Webber is much more forbidding. He points out that even though Meredith saved Gabby's life, she has also put herself at serious risk of losing her license and being arrested for fraud, leaving her kids without both their parents.

Well, it looks like Webber's dark omen is correct! During the penultimate episode of the season, the hammer falls, so to speak. While Meredith is attempting to figure out what's going on with Jo at Alex's request, Catherine and Bailey gather in a hospital conference room with a bunch of suits. Meredith manages to get through to Jo, and, when they get to the hospital, she leaves her in the company of DeLuca as she goes to find Alex. As soon as Meredith disappears, Bailey calls DeLuca into the meeting, and we discover the grim news: Meredith's insurance fraud has been discovered, and they want answers.

DeLuca faces the highly judgmental faces of the meeting room while Meredith talks to Alex in the hospital's hyperbaric chamber. He's waiting there with Gus, the little boy in danger of going into organ failure while waiting on a rare blood donor. Considering people can't leave the chamber until the pressure in the room is slowly brought back to normal, it's the perfect time for DeLuca to show up with Catherine standing behind him. 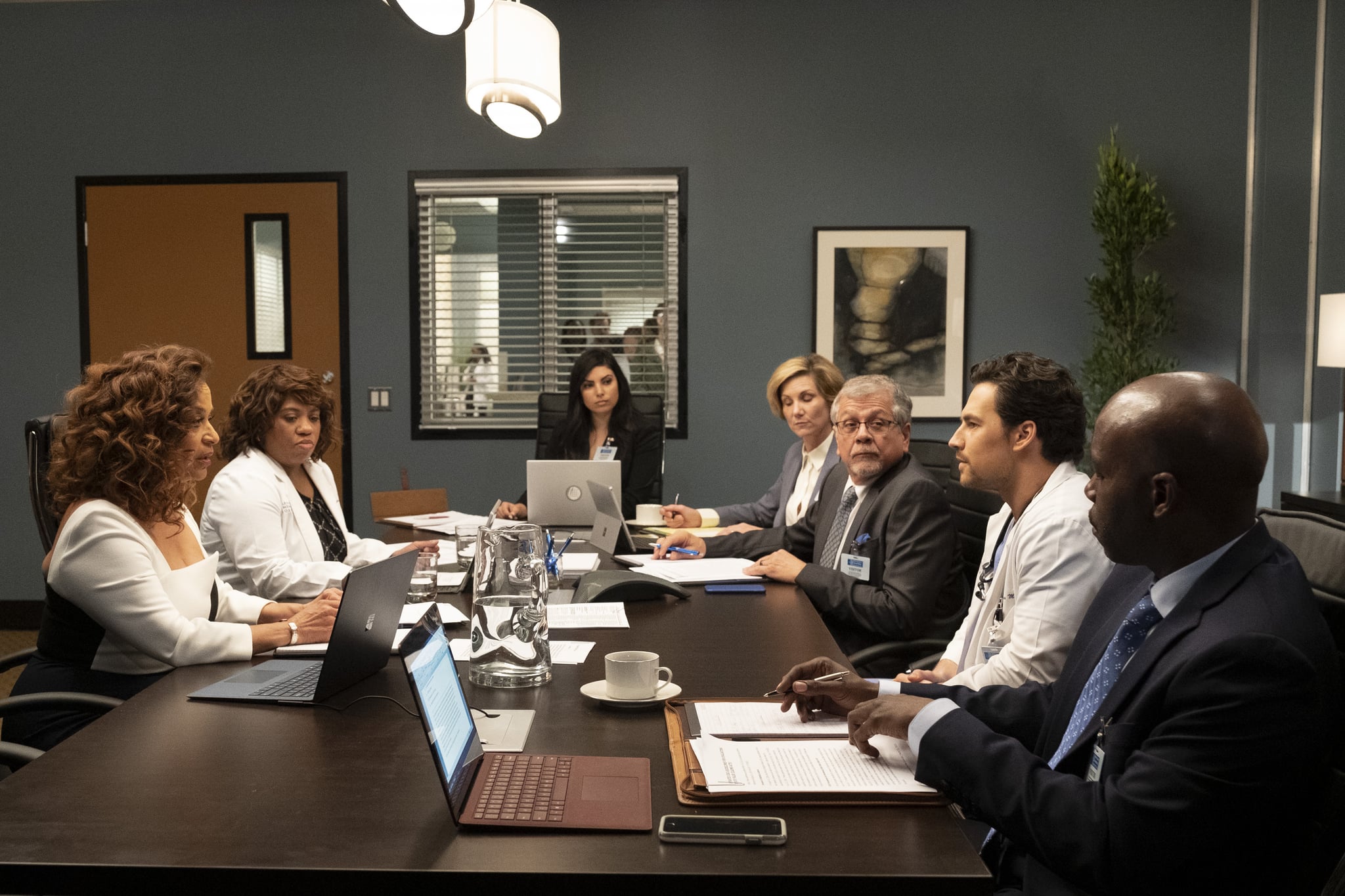 He calmly tells Meredith that he's sorry he lied to her about Gabby having insurance when she came in. He "reveals" that he wrote down Ellis's name on the insurance form so Gabby could have the surgery, all while Meredith stares at him in pure horror. She tries to interrupt in protest, but he plows on, telling her that he's turning himself in to the police and probably going to prison. "It's not fair to you and your kids, who need you," he tells her, subtly explaining his bonkers reasoning for taking the fall for her. Meredith is left calling out to DeLuca as Catherine leads him away, stuck in the hyperbaric chamber until the next episode.

So how serious is DeLuca's situation? Pretty damn serious! As Webber warned Meredith, DeLuca can lose his license and go to jail. A man as sweet and caring as DeLuca would not last long in jail. It's cute that he loves Meredith enough to make such a gesture, but it's also dumb. Love doesn't bail you out of jail or find you an alternate career when the one you've gone to school for for about 10 years falls through!

The next episode is the season 15 finale, so there are two ways this can go: either DeLuca's fate will be left on a cliffhanger until season 16, or we'll know for sure whether he's going to get away with this scot-free. Since this is Grey's Anatomy, we're banking on the former.