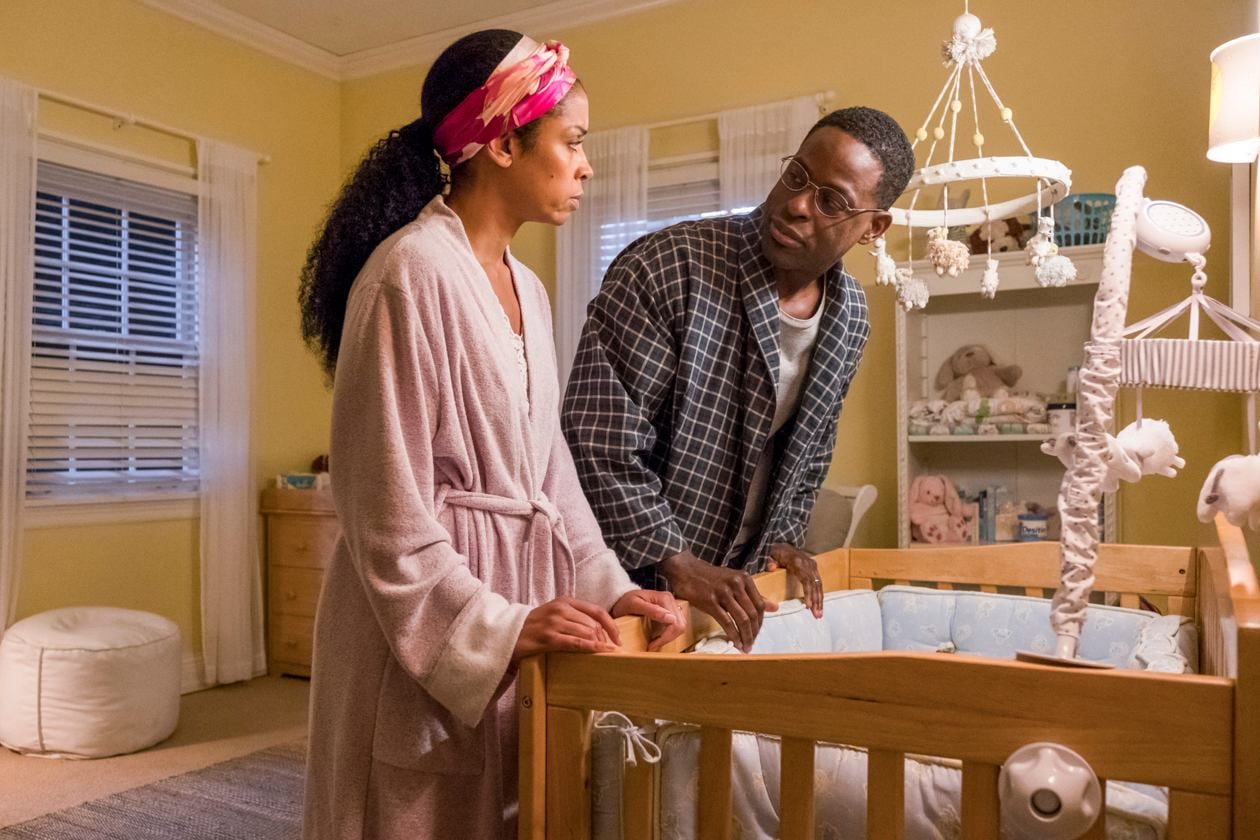 Profuse sobbing over family drama? Yeah, that's just us over here watching any given episode of creator Dan Fogelman's This Is Us! After a season where we've seen Kate struggling with her pregnancy, Kevin uncovering his family's past, and Beth and Randall tensing up, we don't know what else the series can do to our fragile little hearts. But the season three finale is steadily approaching, and there's no doubt that it's going to be as heart-wrenching as your typical Jack Pearson romantic gesture. Prepare your tear ducts, because we're about to dive into all of the intel that we have so far on the finale.

The last five minutes of the season will crush us.

Along with members of the cast, Fogelman revealed some juicy details about the finale at Paleyfest. This season, the show has inundated us with heartbreak after heartbreak. Kevin has relapsed. Rebecca's situation doesn't look so great in the future. Kate and Toby's preemie baby is fighting for his life. On top of all of that, we might see the demise of Beth and Randall, who have had one of the most functional relationships on the series from the get-go.

We're going to see how everything ties together in the final moments of the season, so cue the lush closeups and emotional music. "We have all of our storylines building to that in the last episode. It's kind of gigantic. The last five minutes of the episode are sprawling," Fogelman said.

Justin Hartley, aka Kevin, shared a concise reaction to the fourth season: "Everyone is not OK." Yup, sounds about right!

Here's where some of our favorite couples stand.

We used to think that Beth and Randall were rock-solid, but their relationship definitely isn't looking so hot with Randall newly elected to city council and Beth teaching dance. We're going to have an answer to what happens to them by the last episode of the season, which may crush us with news of a separation or divorce.

"Obviously there's a tremendous amount of attention on Randall and Beth's storyline. There will be an answer there in terms of the long-term health of their relationship," Fogelman stated.

Susan Kelechi Watson, who portrays Beth, is rooting for the couple. "I stay Team R & B," she told Glamour. "Team Brandall, however you want to say it. I hope for the best." Watson has said that their fate in the finale "felt like the right resolution."

Sterling K. Brown (Randall) echoed these feelings. "I'm not Team Randall or Team Beth. I'm on the team that wants to see this couple work it out," he explained to Glamour.

While we know that Kevin went to see Sophie while still dating Zoey, we won't see his ex-wife in the finale. Fogelman, however, feels that "there's more to explore between the two of them." We'll just have to see what happens in season four.

We'll learn more about the "her" storyline.

At one point this season, we learn that Rebecca is the "her" that Tess and Randall are seeing in the future. Mandy Moore, the actress behind the Pearson matriarch, has spoken about her character's fate.

"I think people will have some questions pertaining to the 'her' storyline answered, but there will be other questions posed that you do not see coming," Moore explained to POPSUGAR.

What we know for sure is that Rebecca doesn't have Alzheimer's, but that doesn't eliminate the possibility of some other illness. The season three finale of This Is Us will no doubt be an emotional roller coaster ride. Heck, it left Chrissy Metz (Kate) "devastated."

In the meantime, we'll just be agonizing over potential theories and reliving the good times between Beth and Randall.