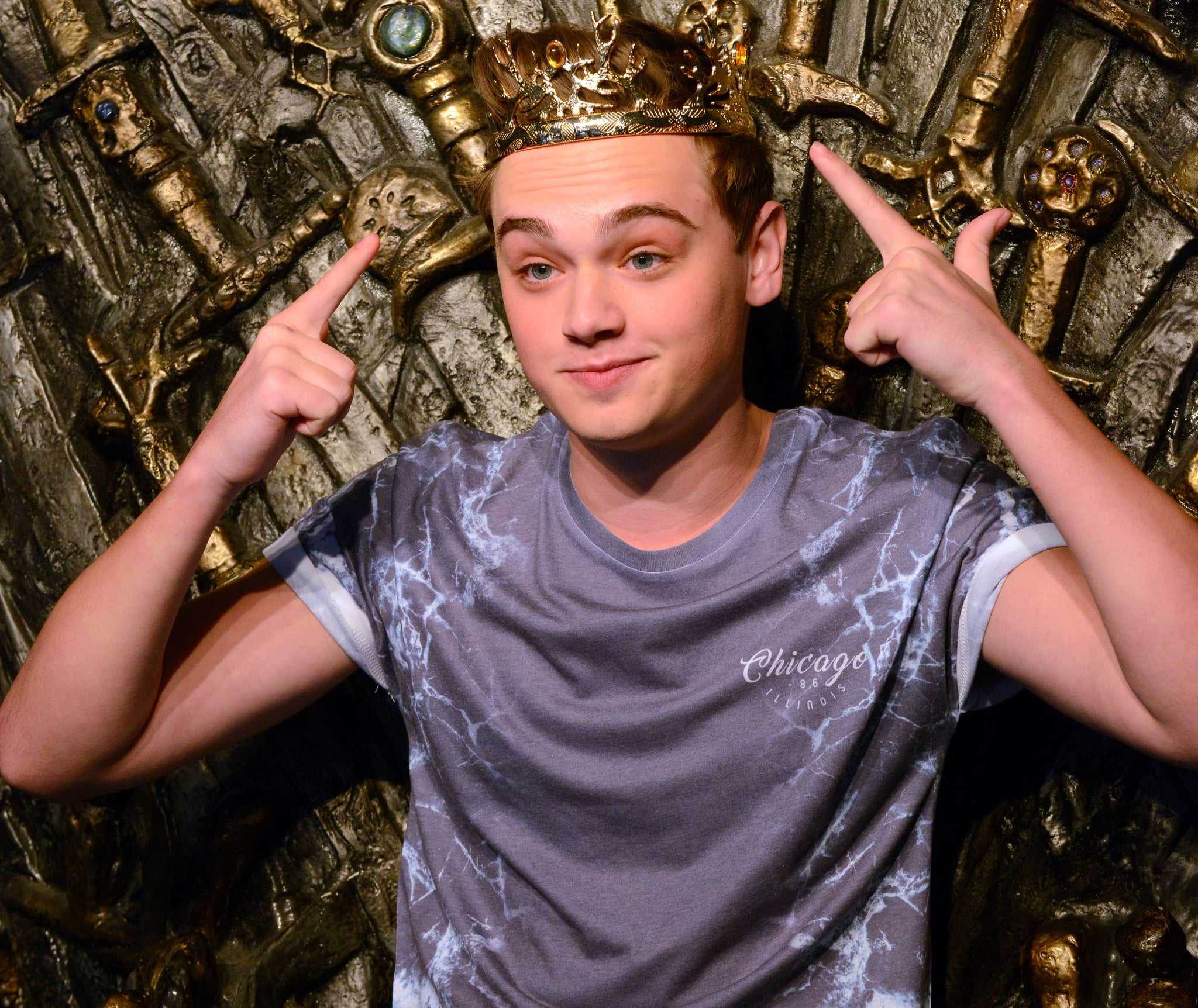 Back in June, the sixth season finale of Game of Thrones positively side-swiped us with close to 10 shocking deaths. Among all that carnage, one death seemed particularly striking: the suicide of Tommen Baratheon, who plunged out of a window after watching Queen Margaery perish in a devastating wildfire explosion. In tandem with the Blu-ray and DVD release of Game of Thrones: The Complete Sixth Season, we managed to snag an interview Dean-Charles Chapman, the actor who played the doomed king for seasons four, five, and six. Naturally, we got all the details we could about the epic death sequence, but we also had Chapman weigh in on who will win the Throne, what he wants for Cersei, and the craziest GoT theory he's ever heard.

POPSUGAR: So, at this point, we have two major teams forming when it comes to the Iron Throne: Jon Snow and Daenerys Targaryen. Who are you rooting for?

PS: And he died and came back to life!

PS: Did you know far in advance? Were they like, "Heads up, you're gonna die soon"?

DCC: No! So, as Tommen, I started in season four. And, even when I got the part, I knew I would play a character called Tommen, but I didn't know I was going to be king. I didn't get to look at the scripts. So, by the time of season six, I signed on like, "Yeah, let's do it." Got sent the episodes, along, along, along until episode 10 and it was like, "Yeah, mate. You're dying." I was like, "What?!" I couldn't believe it. David [Benioff] and Dan [aka D.B. Weiss] rung me up, they're the showrunners. It was sad! It was sad, but that's just the story of the show.

PS: If you're signing up for this show, I think you have to come to terms with dying at some point.

DCC: Oh yeah, a million percent. Anyone could die. It's a shame. Very depressing.

PS: Your sequence was so epic. There are so many moving parts. And your suicide comes right at the tail end of it. What was it like being a part of that whole big thing?

DCC: That whole episode for me, I think we shot that in one day. There's the sequence when Tommen's getting dressed, it's the pre-bit to the death. We shot that all in one day, it was a long day, a 10-hour or 11-hour day. And I think I was the only character around on set, so it was a lot of "by myself" time. Knowing the way the scene was written, and the way it was directed, it was really daunting. It was just this massive build-up to this death, and it was really exhausting getting in the mind of that. It was weird as hell. It was great, it was fun to try lots of different ways, we'd rehearsed the jump a few days before.

PS: What was the whole rehearsal process for that?

DCC: Well, we were shooting another scene one day, and they were like, "We're going to rehearse the jump." We did it loads of different ways, one where I sort of crouch, sit down, and fall . . . the one we chose was just . . .

DCC: Just literally walked up straight. And I think the point of that was, it was more of a surprise to the audience the way it was, rather than him sitting on the edge, and you'd know it was coming. So, we wanted more of the surprise factor.

PS: yeah, and there was just no sense of contemplation, he's just like, this is it. 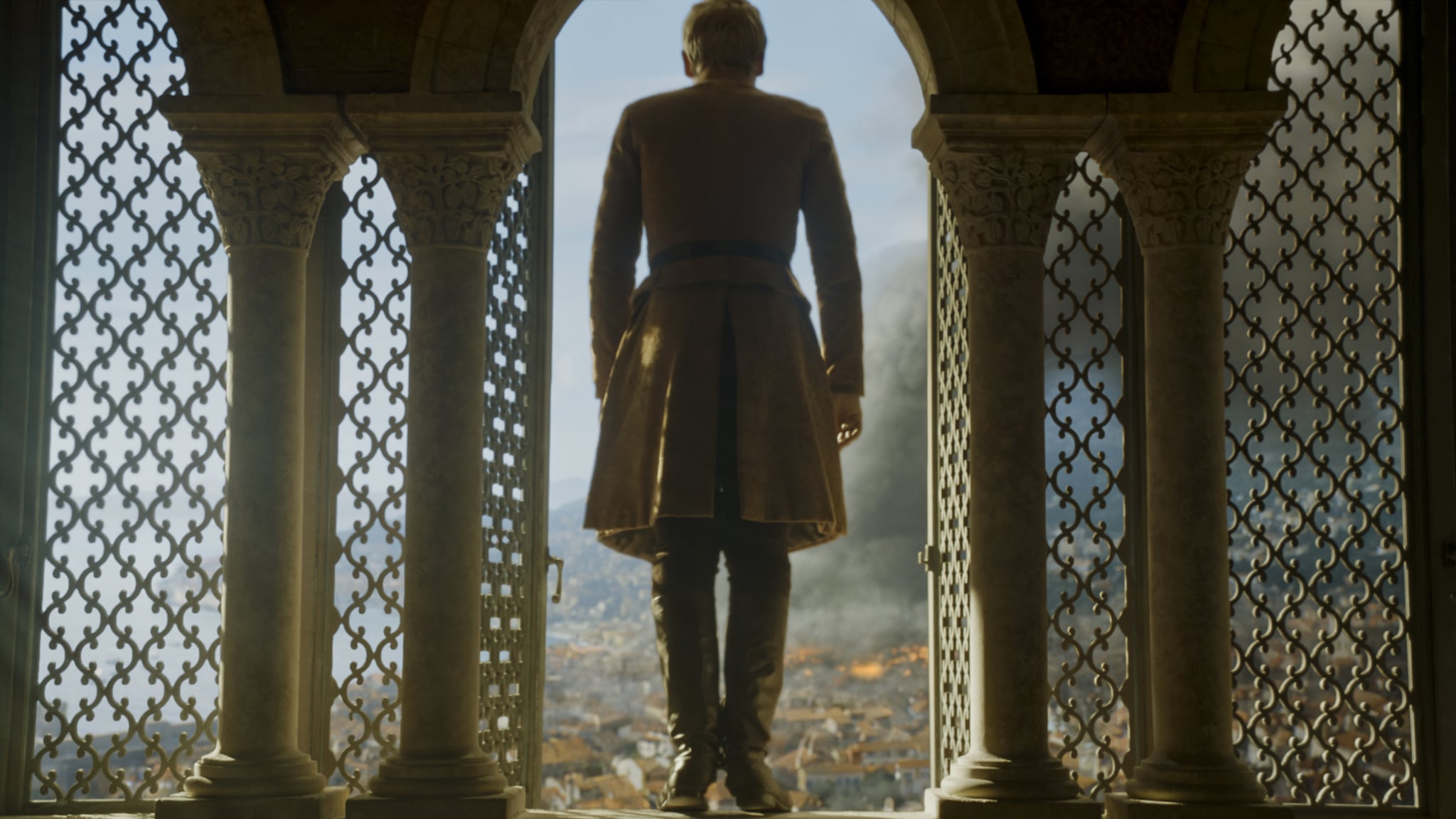 PS: What did you fall into?! Did you have to belly flop into something?!

DCC: Yeah! So there were these cardboard boxes stacked up on top of each other under this big crash mat, which is this protective mat. And yeah, it was basically just a face dive, hit the mat a million times. My nose was killing me.

PS: What was the moment like when you read that whole scene? When you really understood the scope of your death?

DCC: The first time I read it was at a table read, which is where all the producers, all the directors, all the actors sit at a table and read together. And, at that point, I hadn't read the script, so it was even my first time . . . I had literally gotten the phone call that night before, so I was gutted. None of the other actors knew I was dying, so when they read it everyone was like, "Oh no!" And I was gutted, I felt like crying!

PS: It really seems like such a family on set. What's it like getting close to all these people, and then they just die?

DCC: Aw, man, it's sad. So, my first scene as Tommen, Joffrey died straight away. It was my first scene, and someone died. Straight away! And I didn't really know Jack [Gleeson]. I didn't really know Jack for a long time, but the others were so sad he was going. So, I was just coming into it and Jack was sort of going. It's sad to see people leave. It's literally like, you just get to know someone, and bang, they're dead. It's me as well, like saying goodbye to everyone. It's sad. It's really sad. But I keep friends, I keep in contact with everyone. It's good to see everyone again.

PS: Who do you text the most?

PS: I LOVE that. What do you think's going to happen to Cersei in the new season?

DCC: Oh, I hope she dies. She killed me! She basically killed Tommen!

DCC: Oh, yeah. I think she's going to be insane.

PS: She lost ALL of her children.

DCC: Yeah. She's lost all her children, she hasn't really got anyone there. She's got Jaime, but he's nutso as well. They're all crazy. And I think now that she's killed pretty much everyone in the whole show, there's nothing stopping her, is there?

DCC: She's got to either kill more people, or she's going to be killed.

Fall TV
Why Isn't Emilio Estevez in Season 2 of "The Mighty Ducks: Game Changers"?
by Lindsay Kimble 6 hours ago