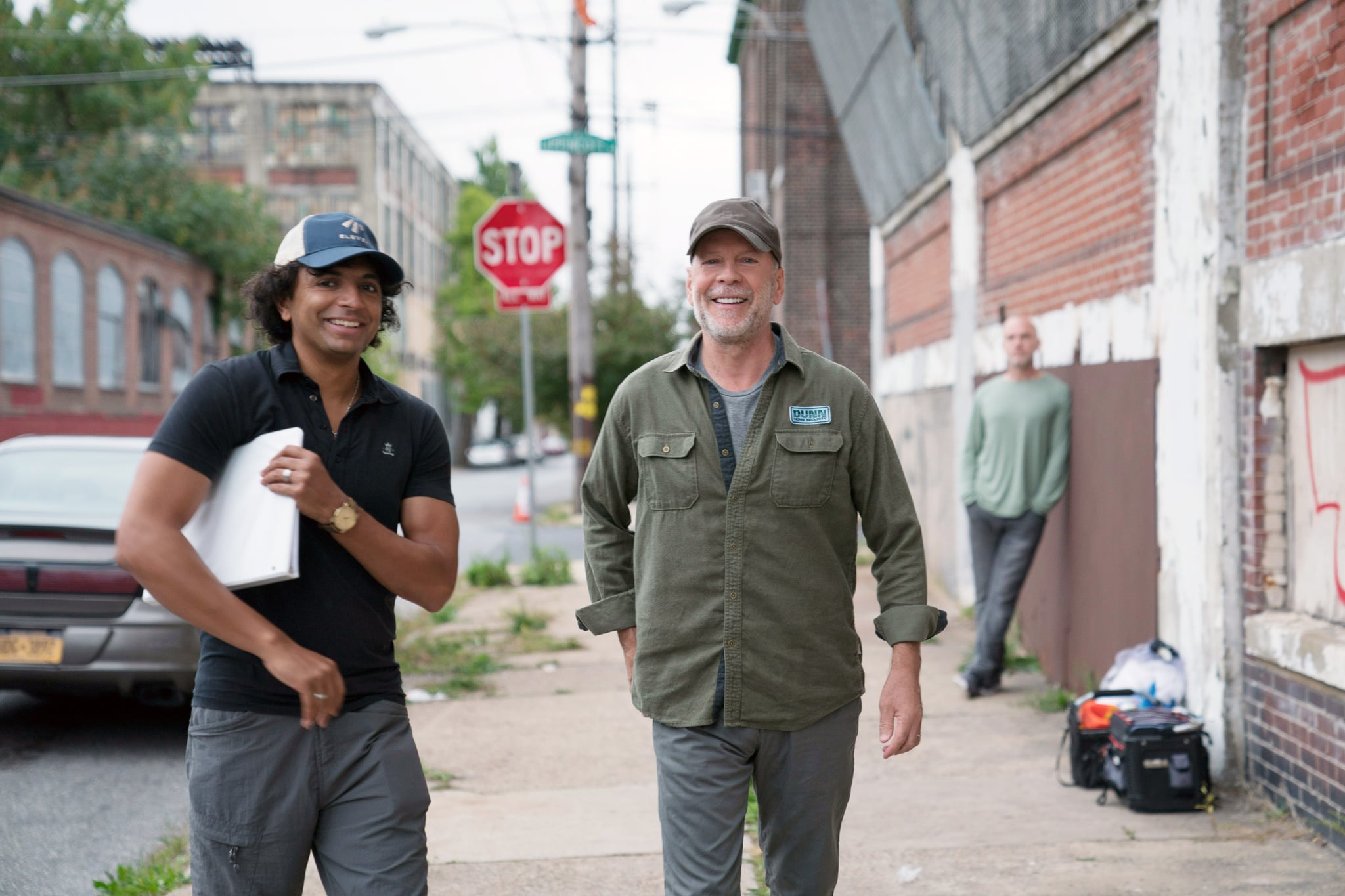 Warning: a few light spoilers for Glass ahead!

Ready or not, Glass has finally arrived in theaters to leave you with fresh inspiration for your nightmares and another reason to avoid Philadelphia. But, while some moments of the sci-fi superhero film are unexpected to the point of being distracting, there's one element of M. Night Shyamalan's movie that we were expecting from the get-go: a cameo from the writer-director himself.

For whatever reason, Shyamalan has made it a point to appear in all of his films in some way or another (like Stan Lee, only way more cringe-worthy). His appearances range from blink-and-you'll-miss-them cameos to full-on roles, like in Lady in the Water when he plays a writer who essentially brings about the messiah (I . . . you know what, never mind). From national park guards to doctors, he's played a number of small roles over the years. But in Glass, it shouldn't be hard to spot him whatsoever.

Related:
It's Basically Impossible to Spot This Inside Joke Lurking in M. Night Shyamalan's Glass

His cameo comes fairly early on in the film, which is the third (and presumably final) installment in Shyamalan's trilogy. Once we get reacquainted with David Dunn (Bruce Willis), who we first met in 2000's Unbreakable, it's revealed that he's now working as a security technician with his son, Joseph, and owns a store that specializes in surveillance cameras, microphones, and the like. As David fights with his son about whether or not he should go on the hunt for Kevin Wendell Crumb, who has abducted another set of young girls, a customer enters his store. Surprise, surprise: it's Shyamalan.

He makes a comment about recognizing David from when he worked at the stadium in Unbreakable, and then chats with Joseph about which camera would be best for his building, since his tenants have been on edge lately. Joseph helps him out, but continues arguing with his father, telling him that he shouldn't "take a walk," which is code for hunting for bad guys. Shyamalan's character cuts in to say something along the lines of, "Dude let your dad go for a walk, jeez," and then buys the camera he was looking at and leaves.

The director has said he has no interest in making another film in this series — but never fear, as long as Hollywood studios are giving him money to make movies, I have no doubt he'll make sure he's on screen once again.