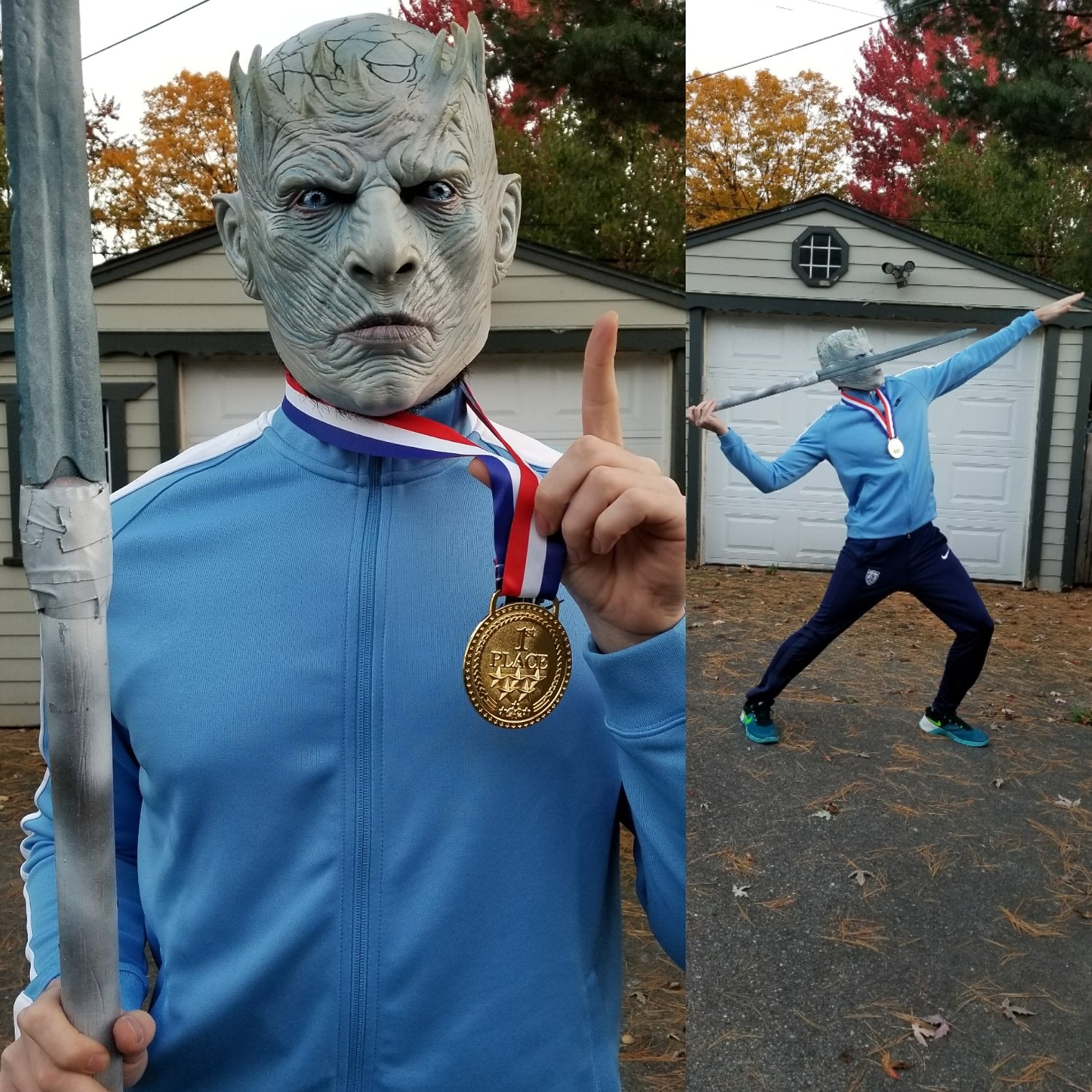 The Winter Olympics are coming early, and it's thanks to this guy's incredibly creative Game of Thrones Halloween costume. In honor of the gut-wrenching twist that was the end of season seven (spoiler alert if you haven't watched yet, but honestly, it's been a few months, so get it together), a man named Tim put together one of the easiest and most creative Halloween costumes to mourn the shocking loss of Viserion and the Night King's incredible Olympic-style javelin toss that killed Daenerys's dragon.

Tim transformed into the Olympics Night King, donning a track suit and a first-place gold medal along with a terrifying mask and homemade ice spear. In the Reddit thread where his photo was originally shared, Tim wrote that his wife is dressing up "as (sexy) Viserion," and, well, we think they already won Halloween. Bonus points for nailing a unique Game of Thrones couples costume. Hey, Tim, the White Walkers called; they want their Olympics Night King back.