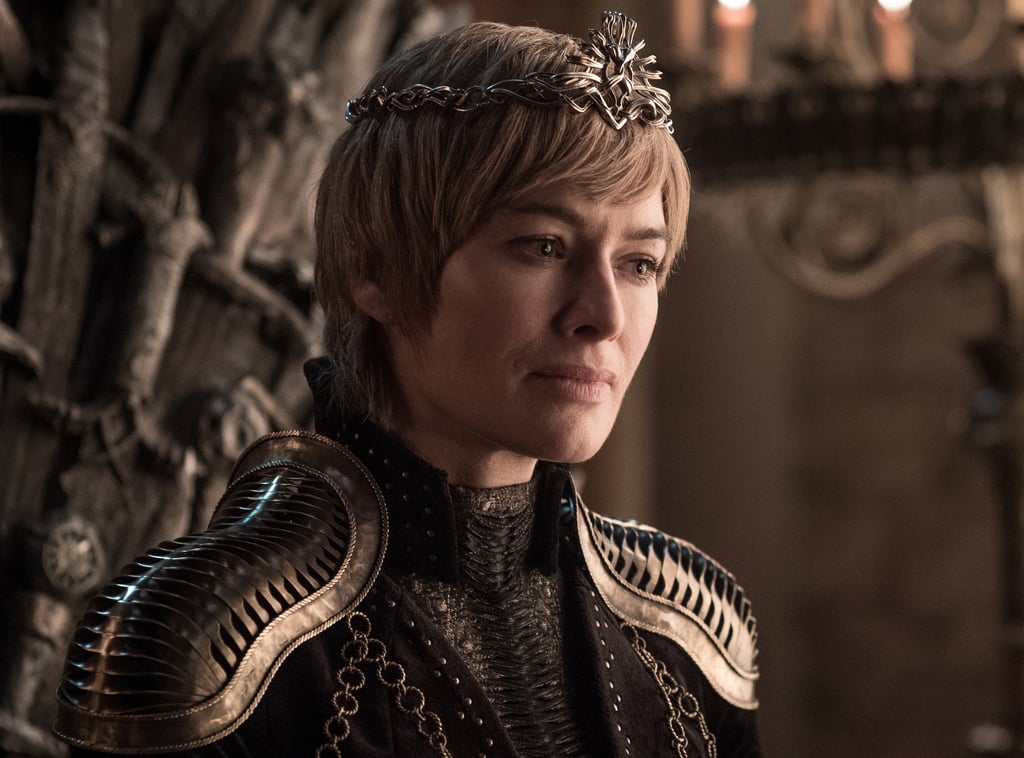 The fate of Cersei Lannister has been in question since Game of Thrones offered a flashback to the queen's childhood in the season five premiere. The scene introduces us to a witch named Maggy the Frog who predicts that Cersei will be queen "for a time" but fall to someone "younger, more beautiful." Over the course of the series, many have taken this prophecy to refer to the tragic rise and fall of Margaery Tyrell. But if we take a close look at George R.R. Martin's fourth novel in the A Song of Ice and Fire series, we'll find that Maggy's prophecy contains an additional element: "When your tears have drowned you, the valonqar shall wrap his hands about your pale white throat and choke the life from you." Not only does this additional statement give us a mode of death but it also offers a hint toward several potential culprits once we understand that the term "valonqar" means "little brother" in High Valyrian — or "younger sibling" since the television series has indicated terms in this language are genderless.

In either case, this information may be the key to determining who will put an end to the queen's reign. While the obvious signs point to her younger brothers Tyrion and Jaime, the potential ambiguity in gender and the question of whether the statement specifically refers to Cersei's younger brother or anyone's younger sibling opens the door for a myriad of power players from Jon Snow to Arya in disguise to the baby that rests in her belly. So, let's take a moment to reflect on the 11 possible ways Cersei may meet her end.

Relationships
If You've Already Found "Your Person," You'll Love The Wilds' Toni and Martha
by Sarah Wasilak 1 hour ago

Netflix
Meet the Real People Behind the Sutton Hoo Excavations, as Portrayed in Netflix's The Dig
by Lily Panych 3 hours ago