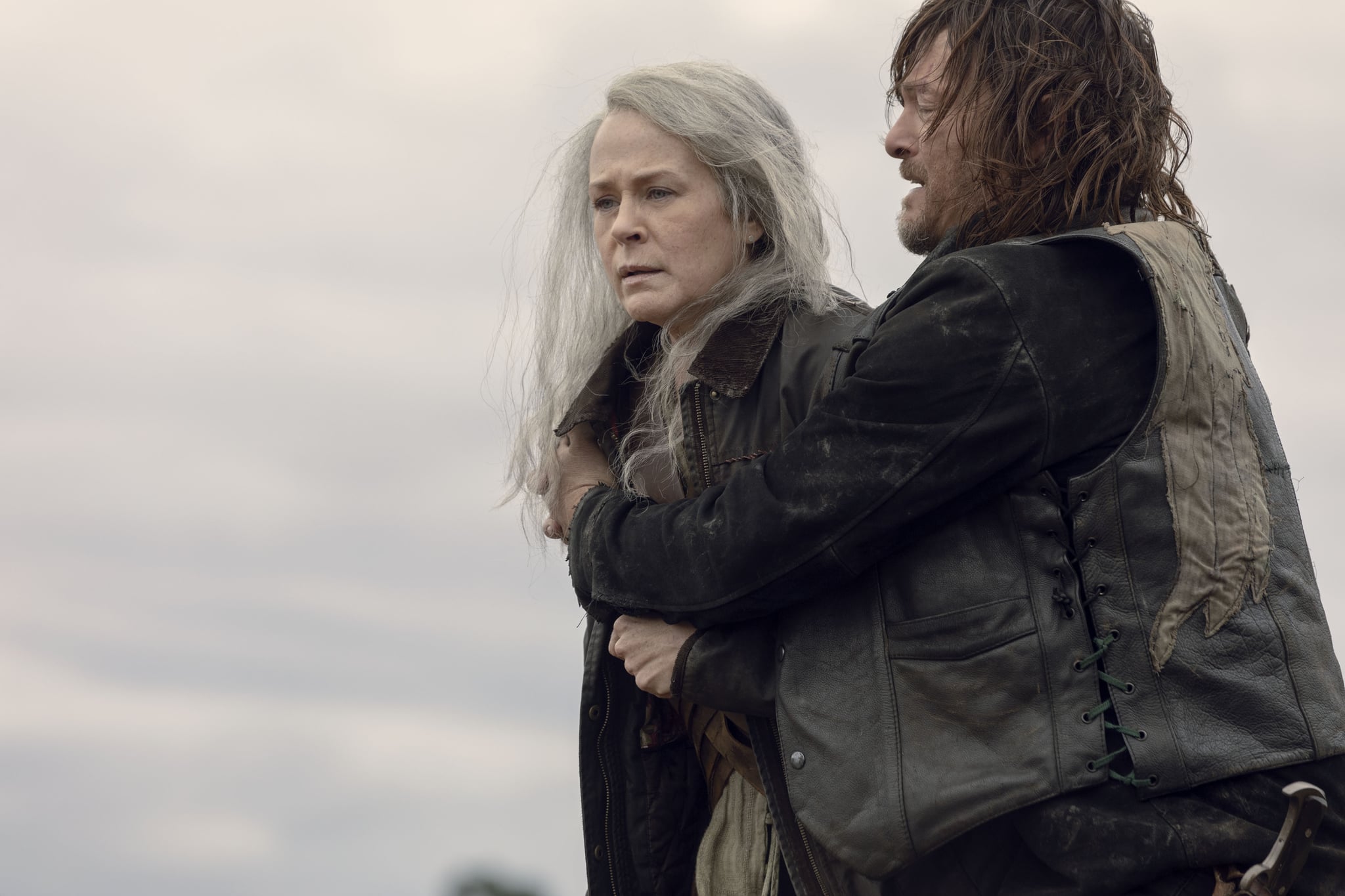 Just when we thought The Walking Dead could get no bloodier, we're reminded that the series still has plenty of surprises up its sleeve.

Ever since viewers were given the first signs that the Whisperers were coming, the show has built up to the "Fair of New Beginnings," which is such a terrible name for a fair when your life has been nothing but constant anarchy and danger, right? It's practically begging for a grisly surprise. But I digress — it feels like we've been waiting for this episode since Negan was taken down. Now that it's finally happened, though, we know that things play out quite differently than expected.

Related:
If This Theory About Big Richie Is True, The Walking Dead Is Setting Negan Up

In the penultimate episode of season nine, "The Calm Before," we see all three survivor communities come together for the grand fair that Michonne has been staunchly against Alexandria attending from the beginning. A recent "incident" changes her mind, which means that the people of Alexandria are able to mingle with their friends for the first time in awhile. While the fair is full of laughter and fun, a wolf hides in sheep's clothing among them — Alpha wearing a blonde woman's hair and hat (who she killed and scalped in the beginning of the episode) out in the open.

While Alpha plays dress-up and takes the time to chat with Lydia, the leaders of the communities get together to discuss the threat of the Whisperers. They decide to truly unite — signing Ezekiel's pack — and to send warriors from each community to preemptively attack the Whisperers since they know they're coming for Lydia. The selected warriors take off, and it's not long before they run into a busted cart that formerly belonged to the blonde woman who Alpha scalped. Michonne, Carol, Yumiko, and Daryl split off from the group to track down the Whisperers, hoping the woman and her husband are still alive (LOL, really?). To the shock of no one, the four get captured.

Apparently Whisperers aren't just creepy AF — they can also guide the walkers wherever they want!

But instead of killing them — which they would kind of deserve for falling into a trap so easily — Alpha takes Daryl on a trip. She shows him a massive herd of walkers and tells him that her people are hiding among them. Apparently Whisperers aren't just creepy AF — they can also guide the walkers wherever they want! Fun little surprise there. Alpha tells Daryl that she's letting him and the others go free, but there's a clear separation between territories now and the Whisperers own the south. Daryl asks where the line of separation is and Alpha ominously says, "You'll see it as you leave." And boy, is she not lying.

Daryl finds the rest of the group waiting for him in the woods, where they also find Siddiq tied to a tree and covered in blood. He points to the border Alpha was speaking of, a line made up of ten tall pikes with severed heads mounted on top: Ozzy, the leader of the Highwaymen; Frankie; Rodney; Nadia; Tammy Rose; Ronnie; Addy. And then things start to get really emotional. As the group starts to realize their friends are also missing, we see the remaining three heads — Enid, Tara, and Henry. 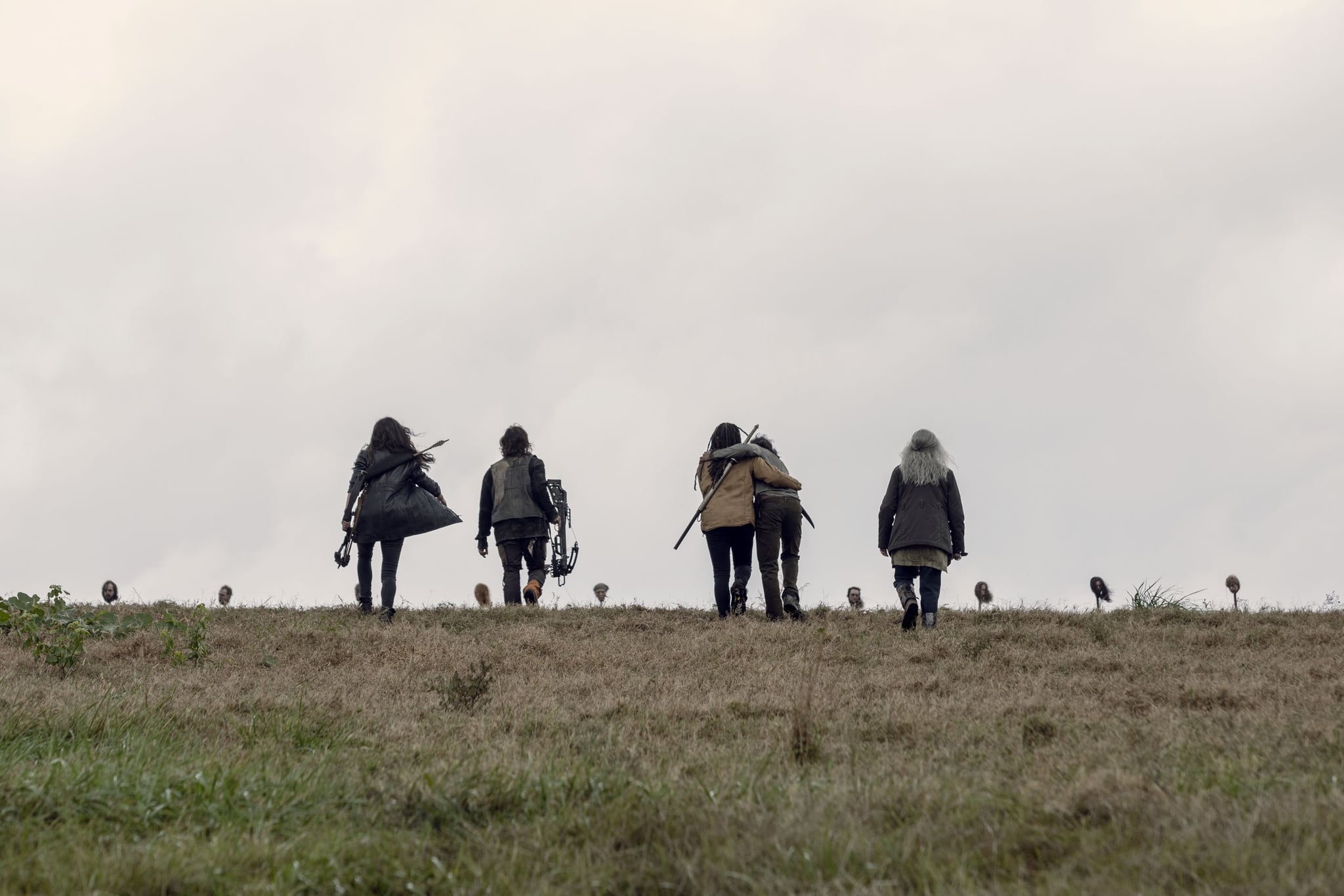 This is where your mind might blow, because what. Of course, the show interjects our discovery of those heads with glimpses of people at the fair looking for them, really emphasizing how their absence is already felt. We see Gabriel asking around for Tara to discuss something, Alden (Callan McAuliffe) scanning the crowd during his performance for his girlfriend Enid, and Lydia (who has had the beginnings of a romance with Henry) running up to Ezekiel to tell him about her mom's appearance. All while back at the border, Daryl is begging Carol not to look at the pikes as the camera pans to reveal Henry as the last head — animated as the Whisperers impaled them just enough to allow them to turn into Walkers.

We knew The Walking Dead could be wild, but that's wild, wild. In the comics, King Ezekiel and Rosita are actually the ones to get the severed-head-on-a-pike treatment, so this is a twist of canon that no one expected. But every death on the show has its purpose, and as co-executive producer and director Greg Nicotero told The Hollywood Reporter, "It's always about what these moments and these deaths do to other characters that catapults them forward." 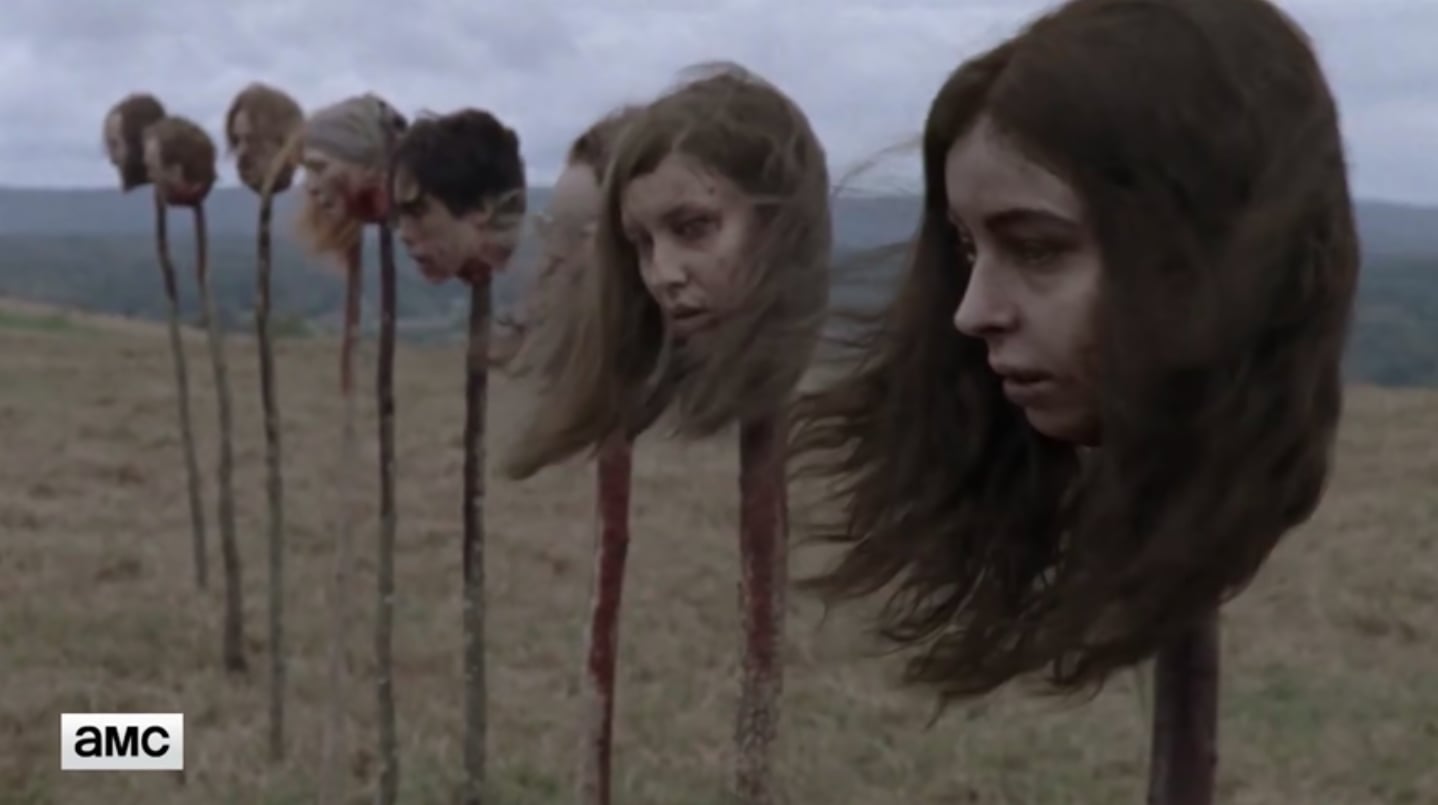 "There's so much behind the decisions of who goes and who doesn't go. Ultimately, it's an organic decision, the way it evolves. In regard to Henry and his relationship to Carol, Daryl, and Ezekiel . . . there's a very specific reason to lose him," Nicotero explained. "In terms of other characters? Tara stepped up as a leader once Jesus (Tom Payne) died. She was showing some real authority and leadership at Hilltop. You see a budding relationship and a budding romance (like Enid and Alden), where people are rising to what makes them the best person they can be. In many instances, some people find those realizations. In other instances, it's brutally torn from them."

There will likely be some realizations as the season finale looms closer and the communities figure out what to do now. "The Calm Before" ends with Siddiq eulogizing those who have died. He tells everyone gathered around that Alpha left him alive to tell the story in the hopes that it would destroy them, but that the story he wants to tell is a different one: about how their lost friends fought for each other and died as heroes. He tells them that it's what he wants them to remember.

We can only hope that memory keeps them warm, because the season nine finale airing on March 31 already looks particularly stormy. The world of walkers is about to receive one of the ancient promises from its comic book source material: Winter in the South.