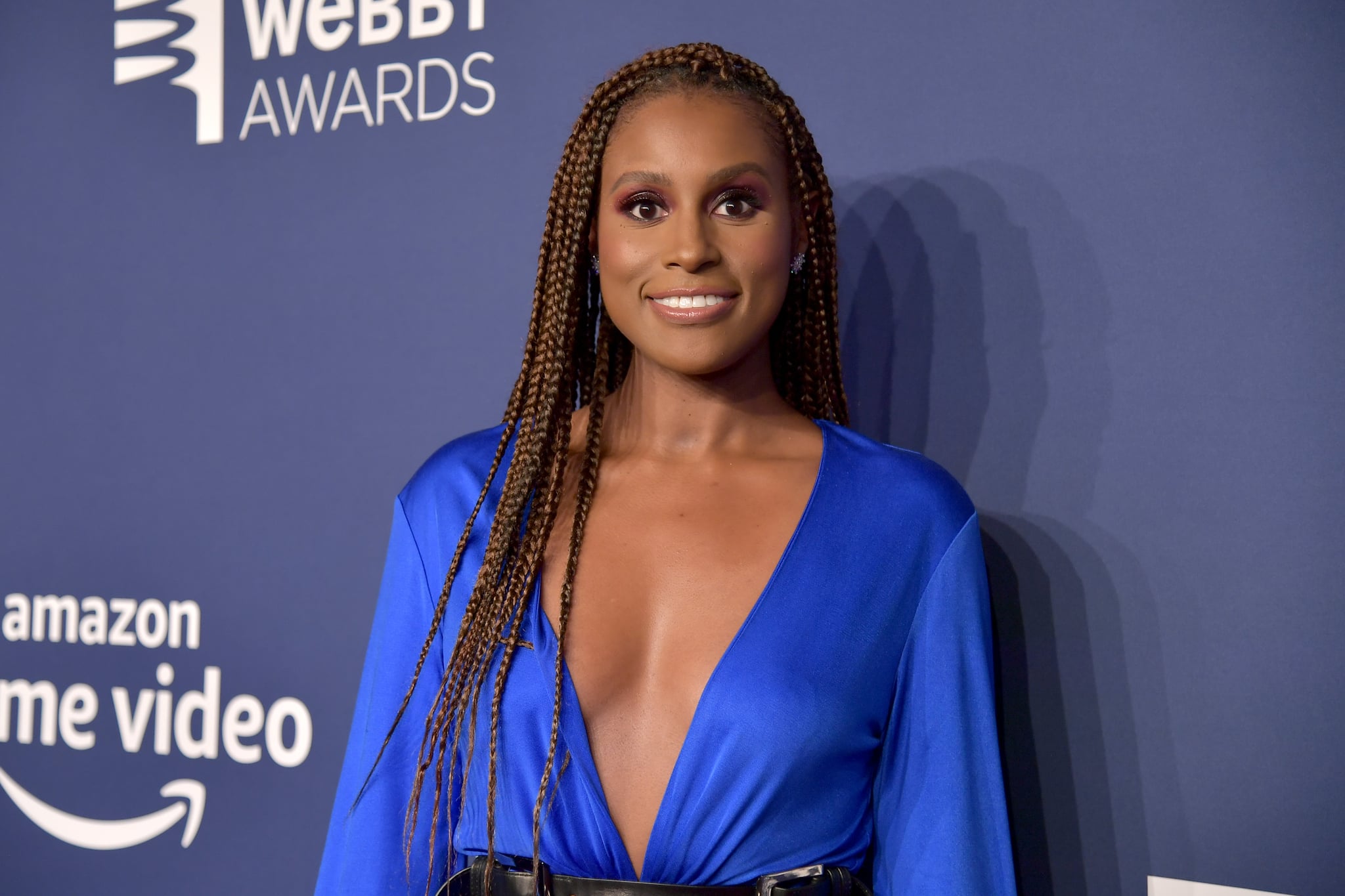 I was 20 years old when Issa Rae's The Misadventures of Awkward Black Girl aired its first episode on YouTube. Before discovering the web series, I had never met a character that genuinely made me feel seen. A young black woman who's just awkward enough to be different, trying to make it through uncomfortable everyday situations, and has a penchant for creating raps that allow her to express her feelings? I may not be able to rap, but I feel all of that. So, to be a fan and see the progression of Rae's career since that award-winning series has been not only a gift, but a tale of inspiration.

It's been eight years since Awkward Black Girl first aired on YouTube and Rae doesn't show signs of slowing down anytime soon. The actress, writer, director, producer, and web series creator (did I mention how much she loves to work?) has had her hands in multiple productions, including the creation of her HBO series Insecure, the Marsai Martin-produced comedy Little, and a few upcoming rom-coms, including The Photograph and The Lovebirds. Throughout her many projects, Rae pushes to highlight the variety of black experiences that are rarely shown in mainstream media, which is especially poignant nowadays during what feels like a renaissance for diversity in media.

Rae spoke with POPSUGAR about her work on Insecure — which won't be coming back on HBO until 2020 — and other projects ahead of her appearance at the POPSUGAR Play/Ground festival this June, where she'll be headlining along with Chrissy Teigen, Camila Mendes, and Mandy Moore. (Tickets are still on sale, by the way!) Keep reading for her thoughts on the show's success and why she just can't imagine casting a reboot of her favorite '90s sitcom, Living Single.

Related:
Issa Rae on Finding the Balance in Her Work: "What I'm Doing Is a Form of Self-Care"

POPSUGAR: How does it feel knowing that you've kind of created this generation's answer to Girlfriends?

Issa Rae: Whew, I do not want that pressure! [Laughs] I have so much respect for Mara Brock Akil. We will never be Girlfriends, I acknowledge that. I'm just happy that people mesh with and identify with the show.

PS: And it's interesting because the women of Insecure are so vastly different, but they're all still incredibly relatable! Where did you get the inspiration for their personalities?

IR: My real-life friends! All of them are based off of real people that are in my life and real situations that have happened. Also, a lot of the stories come from a predominantly black writers' room. There are people and stories from there that we just put in the show.

PS: You've managed to include a lot of people from your earlier work into episodes of Insecure, which is a real treat for fans who have been around since your YouTube days. Why is it important for you to keep those connections?

"I'm just happy that people mesh with and identify with the show."

IR: I just really love all those people. They're the reason why I have a career today. I've been able to count on them to come to a very low-budget sketchy set early on. I remember Sujata Day, who I met through Twitter and played Cece on Awkward Black Girl, came to audition at my dad's house and rolled up looking around like, "What the f*ck is this? What am I doing? Thank God you're a girl, but this is sketchy." And then she rode up to my dad's office to shoot her first episode in this very seedy office building. And I did it in like 10 minutes, and she was like, "OK!" So to have someone put their trust in you and become such a big part of my story, of my journey — why wouldn't she be part of the fruits of that labor?

PS: That's so amazing! With the rise of shows like Grown-ish, Black Lightning, and Dear White People, the significance of shows that have representation for people of color is more important than ever. In your own words, why do you think Insecure is so necessary?

IR: Because I think it just reflects a part of black womanhood that hasn't been reflected for a while. I mean, you mentioned Girlfriends, that was like about 20 years ago, and we haven't really had our stories told in a modern, successful way recently. That's also not to say that it represents all of black womanhood — or all of womanhood — it could never, but it is the slice. And I'm just grateful that people respond to it, because they could easily see it and be like, "That's not me, f*ck this show!" But a lot of people are like, "Oh, this is me," and that's cool. 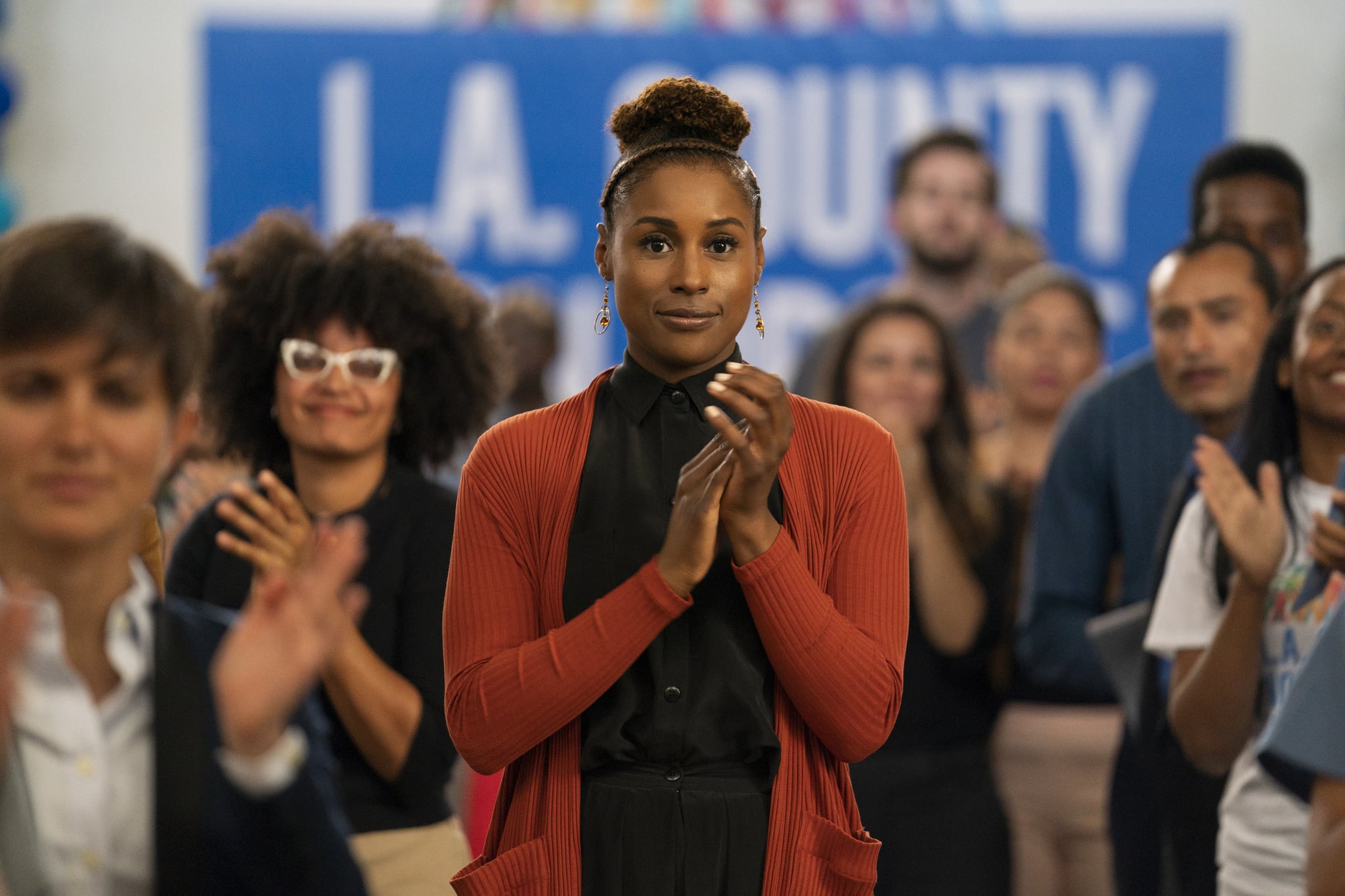 PS: Insecure has some of the best music on any show around. How involved are you in the selection process for the season soundtracks and how do you usually decide to use a song?

IR: It's super, super involved. First of all, I have to give a shout-out to our music supervisor, Kier [Lehman], who just brings me great songs that he thinks I would like. And from there, it's just about digging into my own personal library and seeing the scenes in advance — that plays a huge part. But usually I choose the music based on what the mood and feeling of the scene is. Sometimes we'll write the scene and I'll be like, "Oh, my God. I know a song that will be perfect for it." Sometimes it takes Kier giving me 10 options for a scene. It matters so much; a scene doesn't work for me if the music isn't right.

PS: I feel that, it makes total sense. The show has covered a lot of issues that are well-known but specific to black communities. What subject are you looking forward to covering in the future?

IR: [Laughs] I can't tell you because if we do use it, I'll have given you spoilers! Plus, the last time I said a snippet of something I wanted to cover, the media outlets were like, "Oh, it's going to be about toxic black man masculinity." So, I'm always like, "Never again!"

PS: OK, that makes sense. [Laughs] When was the first time that you realized that you were making your dreams into a reality and your hard work was starting to pay off?

IR: The first episode of Awkward Black Girl and getting that response! It was just a web series, but I had been doing web series for four years up to that point. For this third web series to finally take off and have people relate to it in a whole new way was just like, "Even if it stays a web series, I'm happy because people stuck with something I made from scratch."

PS: What is your favorite part of creating a show? Is it the writing, the acting, or the producing?

IR: The writing, but specifically writing with people. I'm shooting two movies back to back, and people keep asking, "Wow, are you going to take a break after this?" And I'm like, "No, I'm going into the Insecure writers' room." And that feels like a break to me because it's just so much fun just talking sh*t and coming up with stories! You're basically in a room with your friends all day, making stuff, and that's my favorite part. Then we get to shooting and that's when it starts to feel like work.

We Tried to Stump Issa Rae on Trivia About Herself, and Damn, She Has an Excellent Memory

PS: Insecure has such strong characters, and their friendships are a huge part of the show. What is your favorite and least favorite thing about Molly, Kelly, and Tiffany?

"I think it just reflects a part of black womanhood that hasn't been reflected for a while."

IR: I mean, my favorite thing is the group of actresses that play them. They just bring so much life and so much fun on set when it's the four of us shooting. It's always a blast! My least favorite thing is probably how rarely we all get together. We're exploring their different storylines, so anytime we have to fight on screen, we feel it. Anytime I have to fight with Molly, or if I get into something with Tiffany — like that scene where we're all getting into it at the baby shower. I thought, "Oh, this is kind of sad for us." The vibe is so different when we were having such a good time, it's a lot of fun.

PS: That's so sweet! So what has been your favorite scene of Insecure to shoot so far?

IR: I would say Coachella, but with the caveat that it wasn't actually shooting those scenes because we had to re-create them, and it was cold as all f*ck and there were bugs and sh*t. So, not that. But being in Palm Springs with everybody and being in a hotel was fun. We hit up a gay club the first night we got there, even though it ended up being a bust and it was over by the time we arrived. [Laughs] But it was chill and it was just fun. It was our first show trip together! 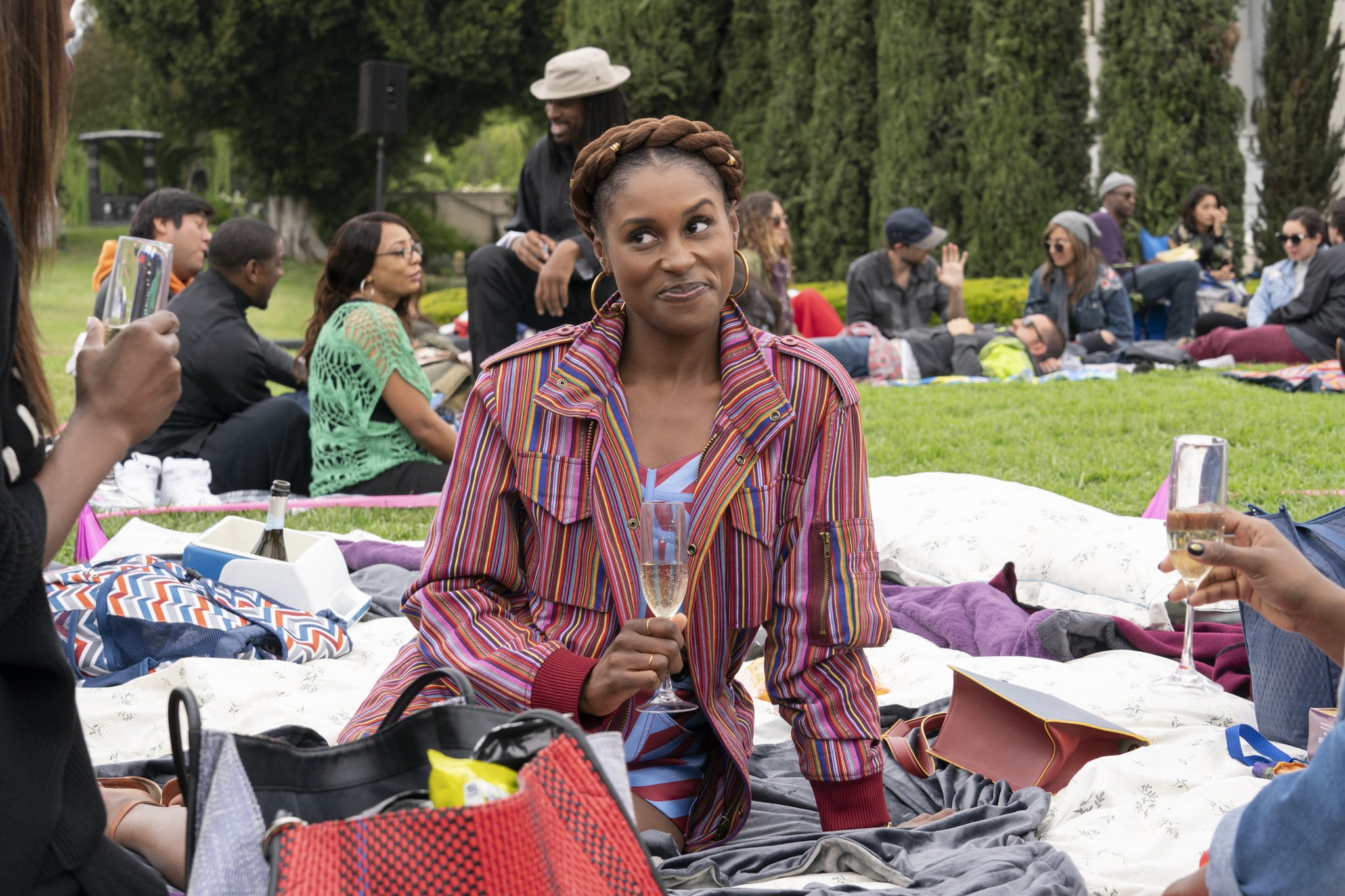 PS: That sounds like fun. OK. This is the last question and I made sure it was a hard one. If you could recast your favorite '90s sitcom, which one would it be and who would you cast?

IR: I love Living Single and I think we could reboot it without compromising the integrity of the first one. But no disrespect because these are our legends! I don't know who I would cast. Do I have to know that right now?

IR: OK. There are too many roles and I know I'm going to leave somebody out. And they're going to be like, "B*tch, why you didn't include me in the reboot?" And then it's like, "Well, that's because I forgot about you." So I just don't want those enemies right now!