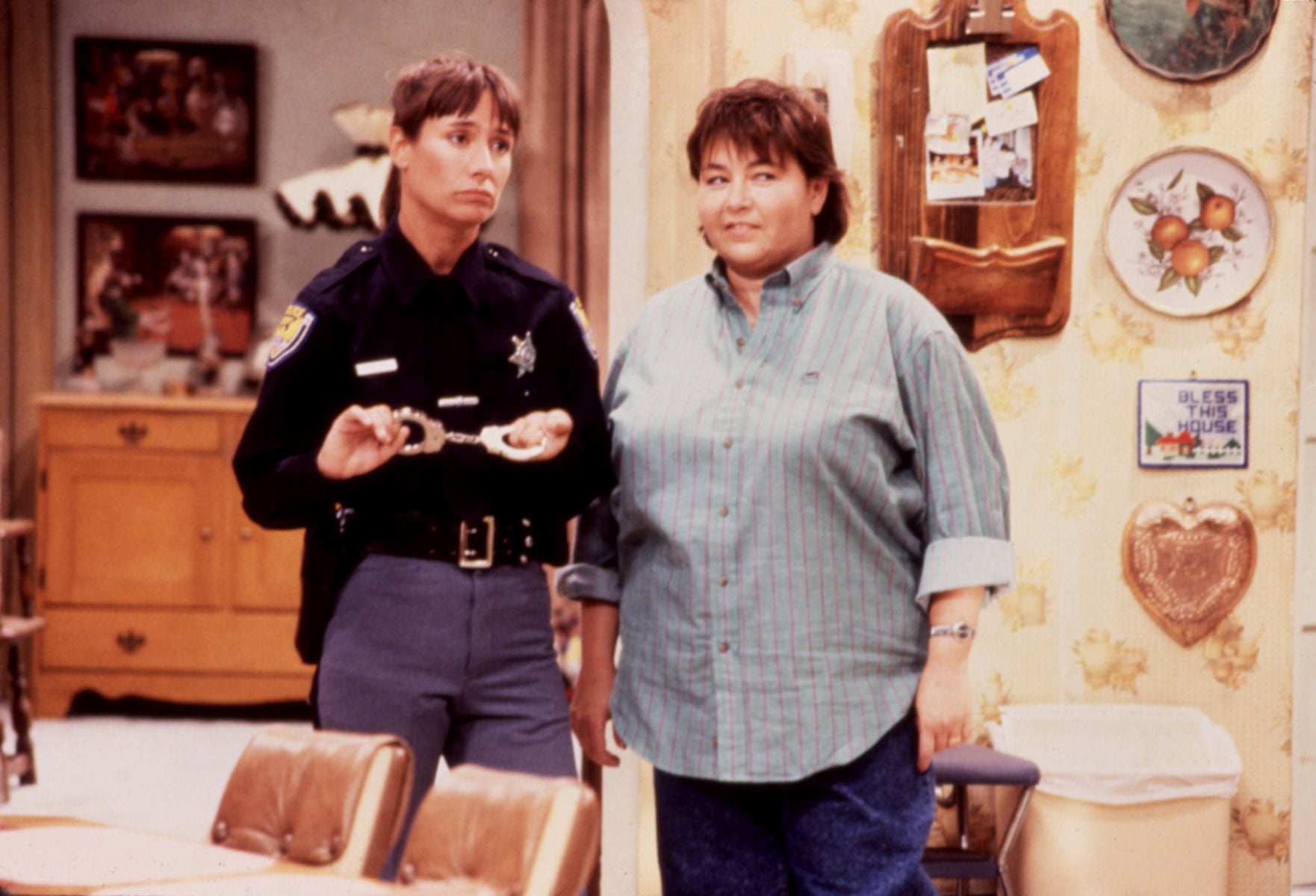 Long before Laurie Metcalf was lighting up the big screen in Lady Bird, the talented actress and Tony winner was best known for her role as Jackie Harris on Roseanne. ABC has revived the beloved sitcom for a 10th season, premiering on March 27, and Metcalf graciously dished on a few details about the reboot ahead of its premiere in a recent interview. The 62-year-old actress, who's currently nominated for best supporting actress at the Oscars for her touching, nuanced performance in Lady Bird, told NewNowNext that she was not surprised by the series finale when Roseanne revealed it was Jackie who was a lesbian, not their mother, Beverly (played by Estelle Parsons).

So how will the show reconcile everything that happened in that weird finale? As you might recall, it's revealed in the final episode that what we've been watching was all in Roseanne's imagination. Because of that twist, will Jackie's character still be a lesbian in the Roseanne reboot? Metcalf clarified for those wondering.

"In the pilot of the new season, we had to address everything that happened during that last season — winning the lottery, Dan dying, Jackie coming out," she explained. "The challenge was finding a way to justify all that and then move on. What we're doing now is a throwback to the old family dynamics."

When asked if Jackie will have a girlfriend, Metcalf gave a hard "no," but assured fans that there will still be LGBTQ+ representation on the show when Sandra Bernhard reprises her role as Nancy Bartlett, Roseanne and Jackie's longtime lesbian friend. We really can't wait to be reunited with the Conners and company again!