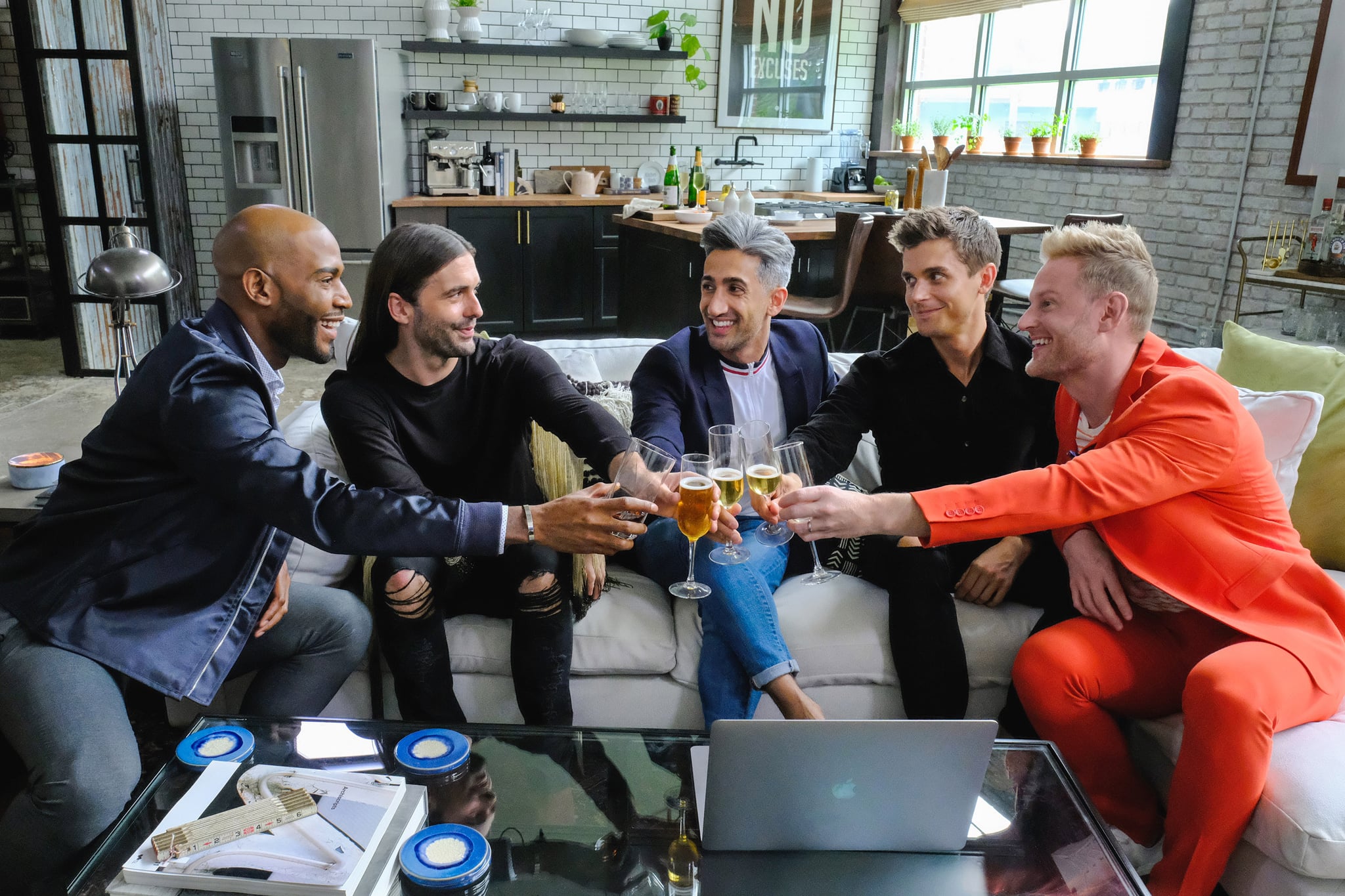 The Fab Five are here to stay! After winning all of our hearts and leaving us in tears episode after episode, it seems like Netflix has heard our prayers, confirming on Monday that Queer Eye will be coming back for a much-deserved second season. According to The Hollywood Reporter, the reboot is among a list of other unscripted Netflix series getting a second season — including Dope, Drug Lords, Nailed It!, and The Toys That Made Us.

"These series elevate the genre with innovative takes on familiar formats," said Bela Bajaria, vice president of content at Netflix. "They deliver immersive and nuanced stories. They elicit so many emotions from viewers, from tears of laughter to tears of joy — and that's just Queer Eye."

Related:
Binge-Watched Queer Eye, and Need More? Here's Where to Follow the Cast on Social Media

We can't wait to see how Antoni Porowski, Bobby Berk, Jonathan Van Ness, Karamo Brown, and Tan France continue to take on the dirty South in a second season. The site reports that Queer Eye season two will likely release on Netflix later this year. Can you belieeeve?!