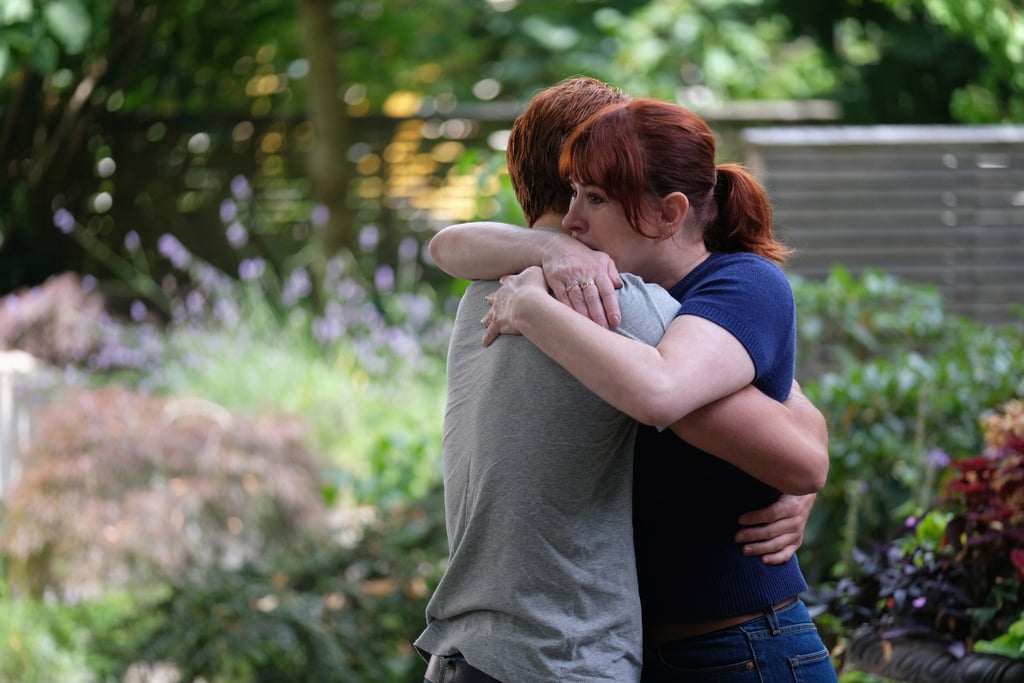 After Riverdale left us on a major cliffhanger with the season three finale, we're expecting the fourth installment to be an emotional roller coaster. Not only is there an impending doom looming over Jughead (Cole Sprouse), but he and Betty (Lili Reinhart) will also have to work with their half-brother, Charles (Wyatt Nash), to figure out where the cult-like farm, led by Edgar Evernever (Chad Michael Murray), has escaped to.

Perhaps more than anything, fans are anticipating how Riverdale showrunner Roberto Aguirre-Sacasa will address the death of actor Luke Perry, who played Archie's (KJ Apa) beloved father, Fred Andrews. Judging by one of the first-look photos — which shows Archie hugging his tearful mother (Molly Ringwald) — it's going to be heartbreaking.

In June, Aguirre-Sacasa first announced the season premiere — titled "In Memoriam" — will honor Perry, calling it "the most important episode of #Riverdale we'll do this year, if not ever." He also brought on board Perry's former 90210 costar Shannen Doherty to help eulogize the late actor. "I am deeply honored to pay tribute to Luke on Riverdale," Doherty wrote on Instagram. "The care in which this show takes in honoring his memory is beautiful. He is missed." Still, it appears as though the series will have its fair share of happy moments among the onscreen teenage couples. Look on to get a sneak peek of the upcoming chapter, which is set to premiere on Oct. 9!

Related:
28 Times Riverdale Got So Weird and Wild, It Felt Like You Were on Jingle Jangle
Previous Next Start Slideshow
RiverdaleFall TVTV