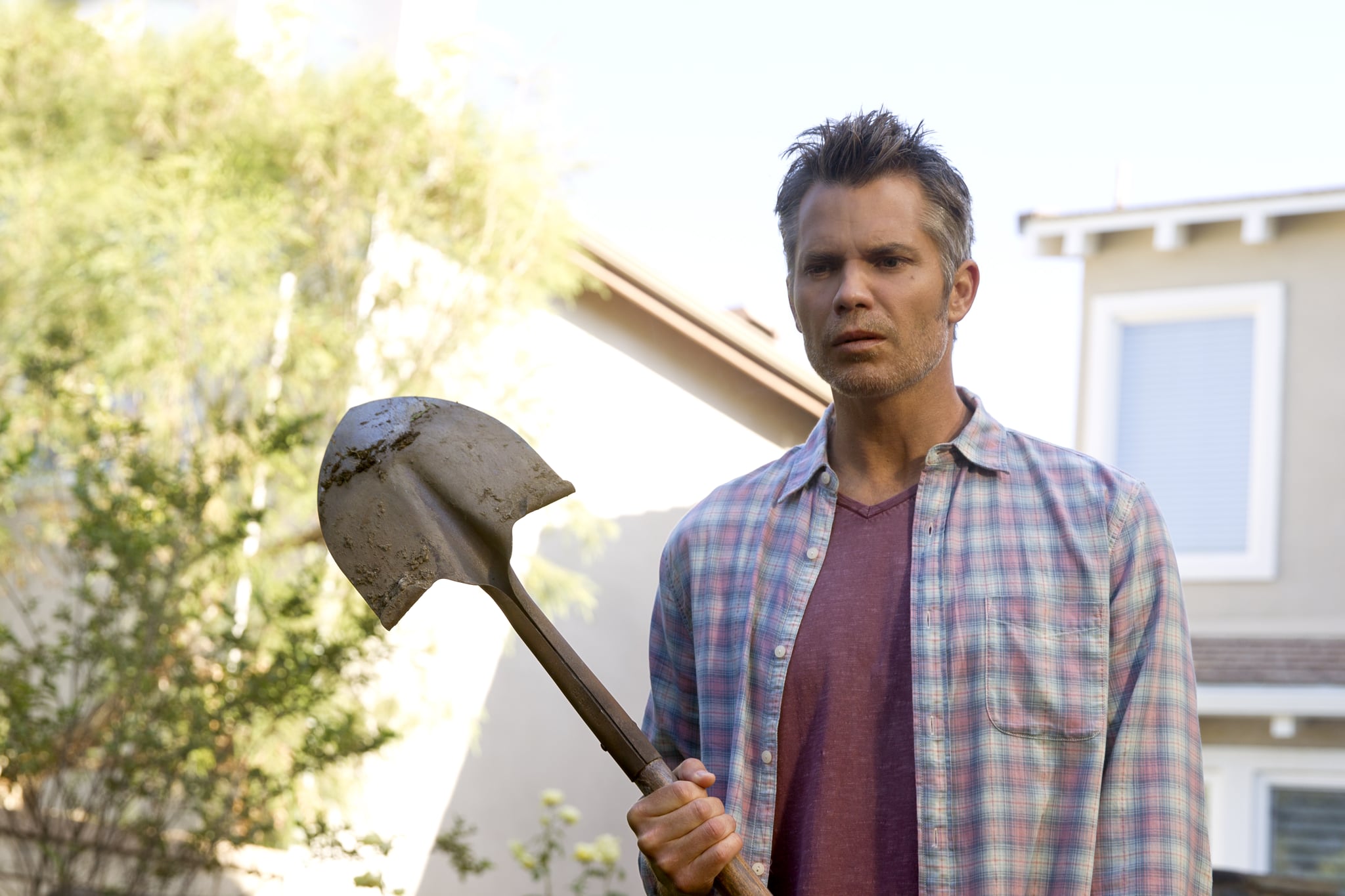 At first glance, Santa Clarita Diet doesn't seem like a zombie TV show, but it totally is. While there's no epidemic, no apocalypse, and the main character, Sheila, isn't a drooling, groaning shell of herself, she does fit the textbook definition of the term. More specifically, she's definitely dead and needs human flesh to survive. Once you acclimate to what's going on, it's easy to see where Santa Clarita Diet follows in the footsteps of its undead predecessors, with a humorous twist. Perhaps even more delightful, though, is the slight nod to that other zombie show on TV, The Walking Dead.

Here's how the scene goes down: in the season finale, Sheila and Joel are waiting for Dr. Wolf to come and help develop a cure for the virus. Sheila is convinced her zombie virus might cause her to deteriorate past the point of no return, which would require her husband to put her out of her misery, so to speak. She bugs Joel incessantly, asking how he would kill her if given no other choice:

Joel: "Fine. I'd bash your brains in with a baseball bat."

Sheila: "And bash my brains in? That is SO angry, where is that coming from?"

Joel: "I don't know! That's how they kill the undead in movies!"

It may be kind of a stretch, but as an avid fan of TWD, I couldn't help but have vivid and horrifying flashbacks to last Fall's season premiere, when Negan brutally beats Glenn to death with a barbed-wire-wrapped baseball bat. Not only does Joel bring up the very same weapon, but it also seems like Sheila's strong reaction mirrors the abject horror and disgust fans expressed back in October after Glenn's graphic murder. It's so small, it's like a sympathy card to those that happen to notice it. And hey, while we're in the business of extremely subtle references, you may also have missed the Broad City moment from earlier in the season. Oh, and for the record, Sheila's right: the ones you love most do deserve better than a bashed-in head from a baseball bat.