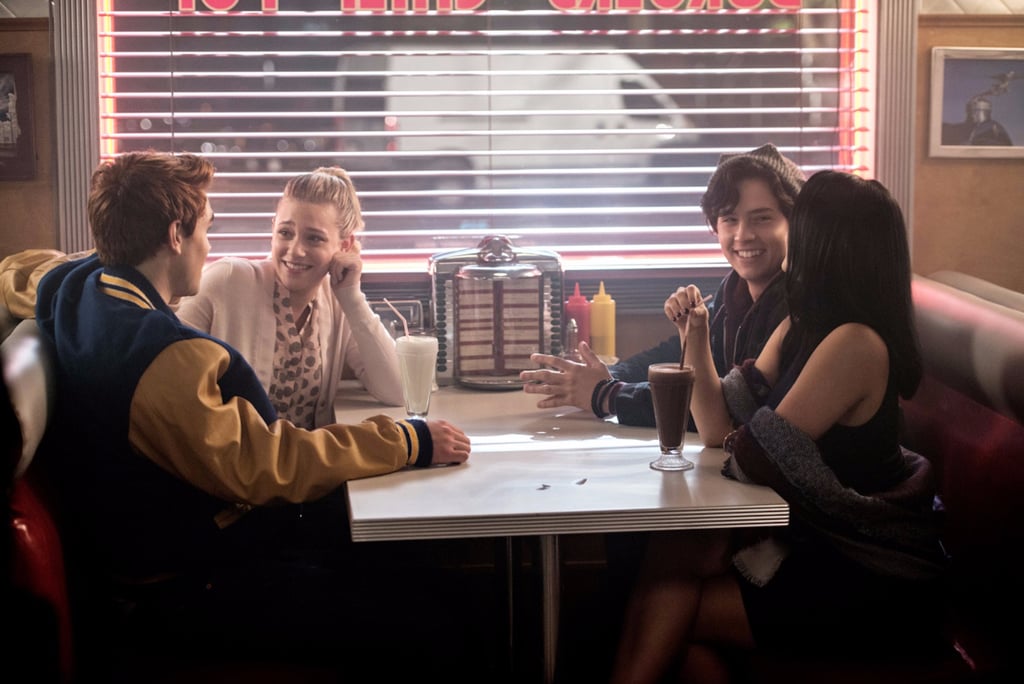 Riverdale may not be the Upper East Side, but the drama between Archie, Betty, Veronica, and Jughead will win over anyone who still misses Gossip Girl. The hit CW show premiered at the start of the year, winning over fans with its fun cast, mysterious plotlines, familiar faces, and memorable style moments. I didn't watch the first season when it aired, but after approximately 35 people recommended Riverdale (slight exaggeration), I finally scrolled through Netflix and decided to give one episode a shot. Hey, I loved the Archie comics, so why not? Well, that one episode quickly turned into watching all 13 from season one. In less than three days.

Full disclosure: I haven't actually watched any shows on The CW since tuning in to Blair and Serena's stories, but Riverdale had me hooked for many of the same reasons I became such a die-hard Gossip Girl fan back in the day. Think: complicated relationships, eye candy, exaggerated high school drama, killer fashion, and a sense of suspense. Riverdale is darker than Gossip Girl, but it has the same sexy, slightly cheesy appeal that makes for a great binge-watch. Before season two premieres on Oct. 11, find out why Riverdale is absolutely worth watching.

Related:
Everything We Know About Riverdale's Season 2
Previous Next Start Slideshow
RiverdaleNetflixTV