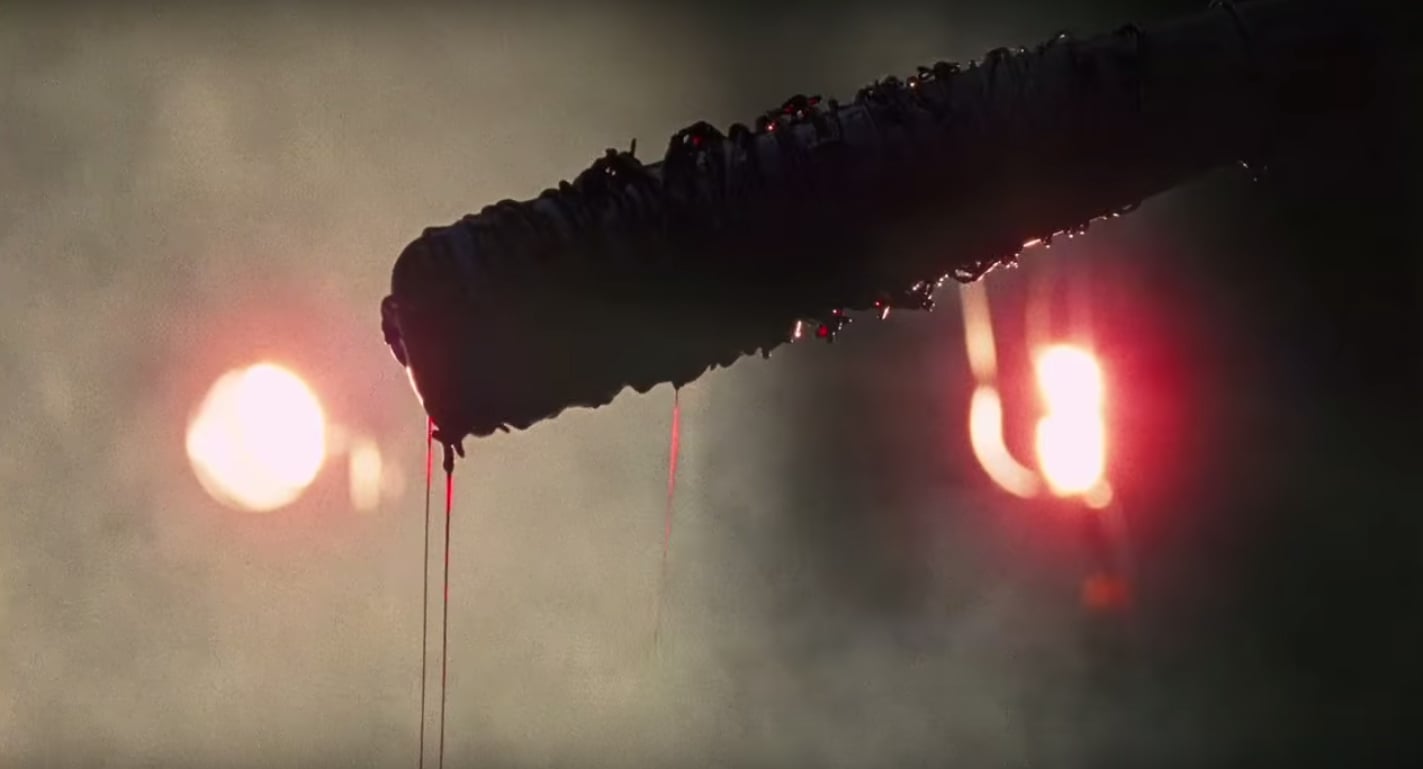 On Friday, we got a brand-new look at the seventh season of The Walking Dead. The trailer for the next chapter dropped during the TWD panel at Comic-Con in San Diego. It features a very dramatic recap of Negan's "Eeny Meeny Miny Moe" game, plus tons of new and exciting season seven details. We even got to meet The Kingdom's King Ezekiel (and his tiger Shiva). That's all fine and dandy, but considering we're still desperate to figure out who Negan killed, there's one part of the trailer we had to rewind and replay. 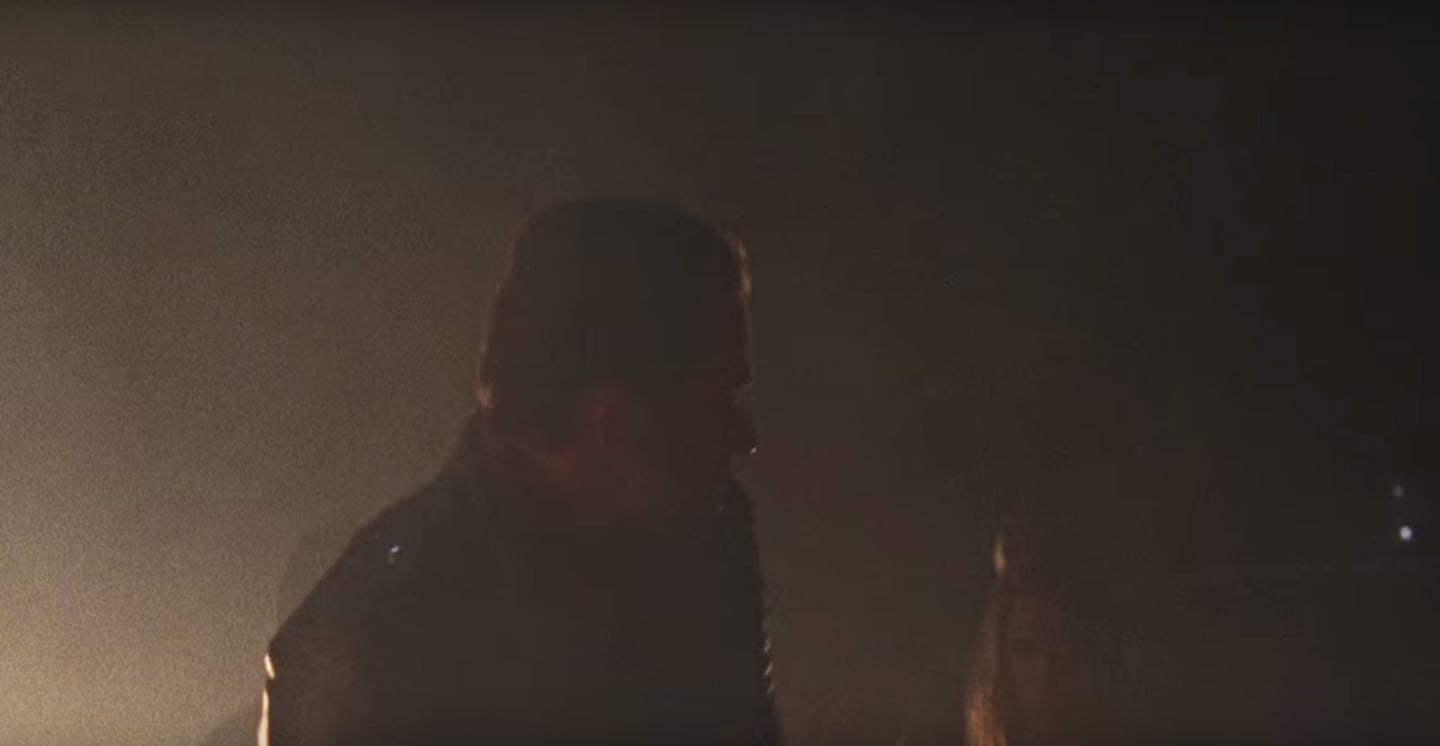 At one point in the trailer, we actually see Negan swing his bat, and while we don't see who he's aiming for, we do catch a glimpse of one or two very familiar figures in the background. It's quick, and it's not very clear, but it looks like a woman on the right side of the screen. It can't be Maggie — she's cut her hair short — so there's a strong possibility we're looking at Rosita. A moment later, when Negan raises Lucille over his head, we see another figure. 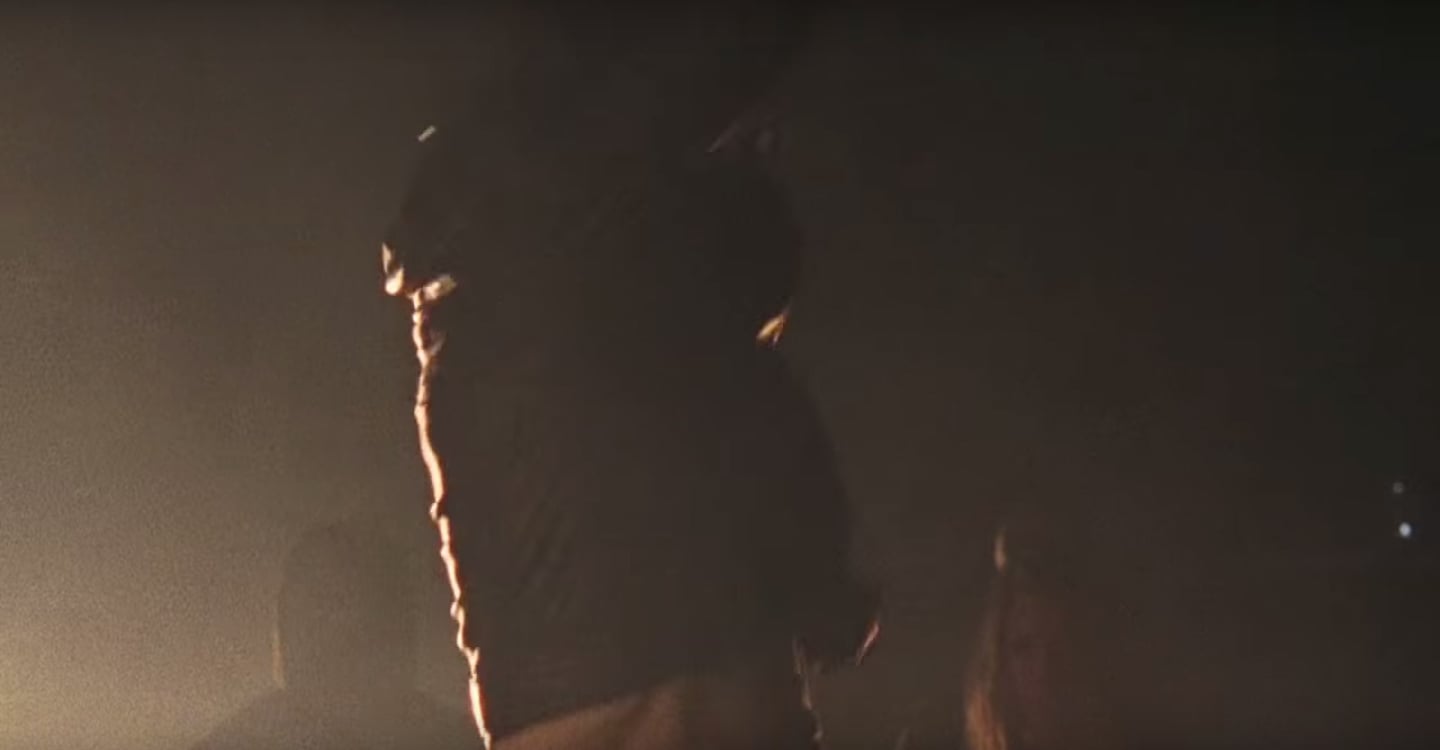 Well, it mostly looks like a silhouette. But think: none of the characters were really wearing hoods, which leaves us with another long-haired individual. It can't be Carl, because we'd see the shadow of his hat. It could be Daryl or Eugene, but their hair isn't that long. This basically leaves Michonne.

So, there you have it! Using our judgment, we're guessing Michonne and Rosita have made the cut. But, well, it's up to interpretation. What do you see?

Netflix
Feeling Like a Fairy After Watching Fate: The Winx Saga? Jam to the Magic Soundtrack
by Camila Barbeito 13 hours ago

Food News
It Finally Happened: Joanna Gaines Gets the Full Spotlight in Magnolia Table — and Every Minute Is Gold
by Samantha Sasso 14 hours ago

Netflix
Every Fairy Has a Power on Fate: The Winx Saga, and We've Broken Them All Down
by Grayson Gilcrease 14 hours ago