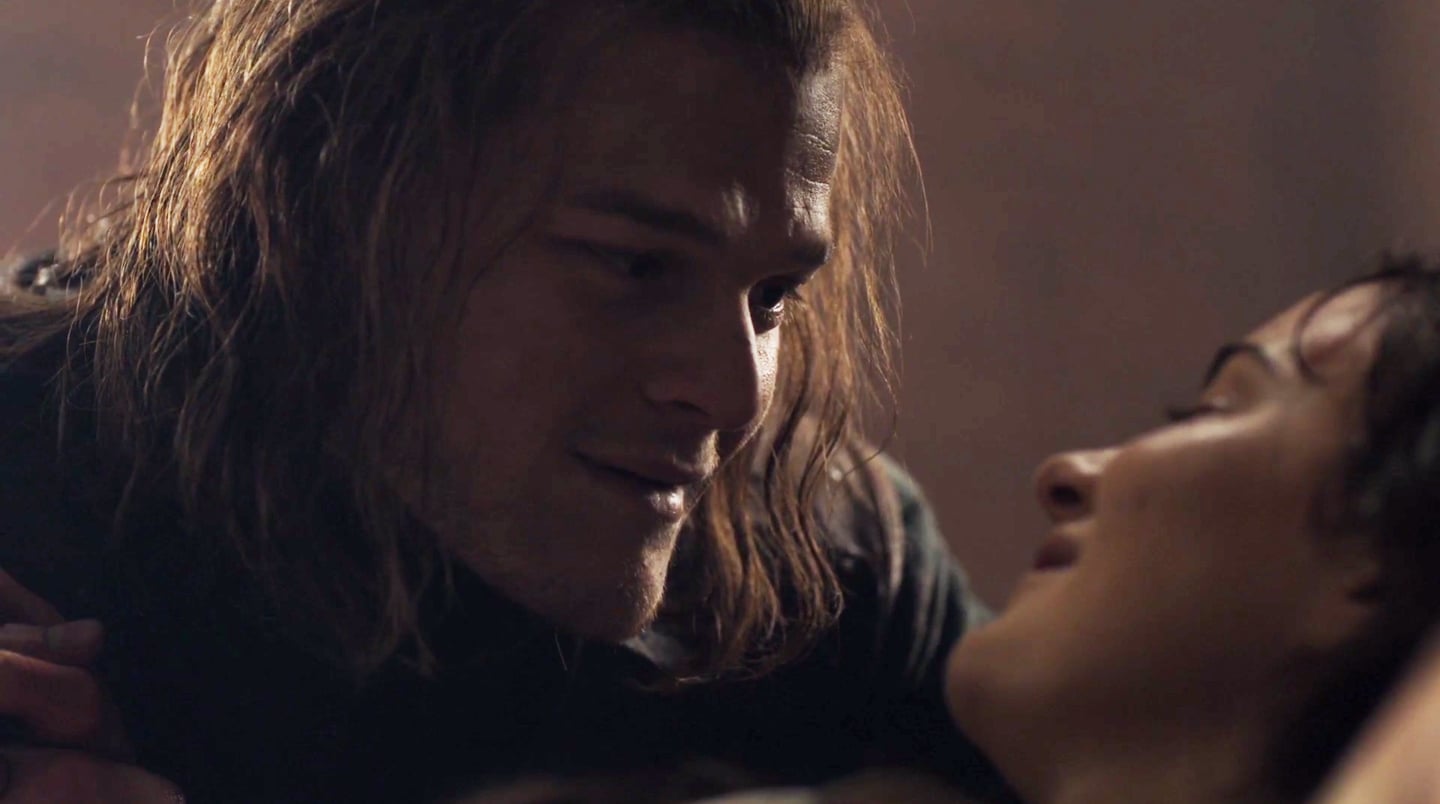 After seasons of speculation, R + L = J has finally been confirmed in Game of Thrones' season six finale! As fans have long suspected, Jon Snow is the son of Lyanna Stark and Rhaeger Targaryen. In case you don't remember Rhaegar, having never actually met him in the television series, he is Daenerys's long-deceased older brother and one-time heir to the Iron Throne.

Here's how it plays out. Benjen Stark drops Bran Stark off at the Wall, where he is finally able to complete the vision he's been having all season about his aunt Lyanna's ordeal in the tower. He watches as his father, Ned Stark, enters Lyanna's chamber to find her bleeding out, having just given birth to the baby we will come to know as Jon Snow.

As Lyanna dies, she whispers this to Ned: "If Robert finds out, he'll kill him, you know he will. You have to protect him. Promise me, Ned. Promise me." The "Robert" she speaks of, presumably, is Robert Baratheon, her betrothed and the future king of Westeros. Rhaegar stole her from Robert, thus setting off the uprising known as Robert's Rebellion and leading to the events of A Game of Thrones.

So why is all this important? Well, since Jon Snow is a Targaryen, he is a threat to any ruler who sits on the Iron Throne, as he has precedence over his aunt, Daenerys Targaryen, who is, presumably, the most qualified candidate for the Iron Throne. Furthermore, his bloodline also might mean that he is able to resist fire and ride dragons, among other cool Targaryen traits.

So here's to Jon Snow, King in the North and heir to the House of Targaryen! Long may he reign!

Netflix
Will The Watcher Ever Be Revealed? Everything We Know About Season 2
by Megan Hippler 11 hours ago