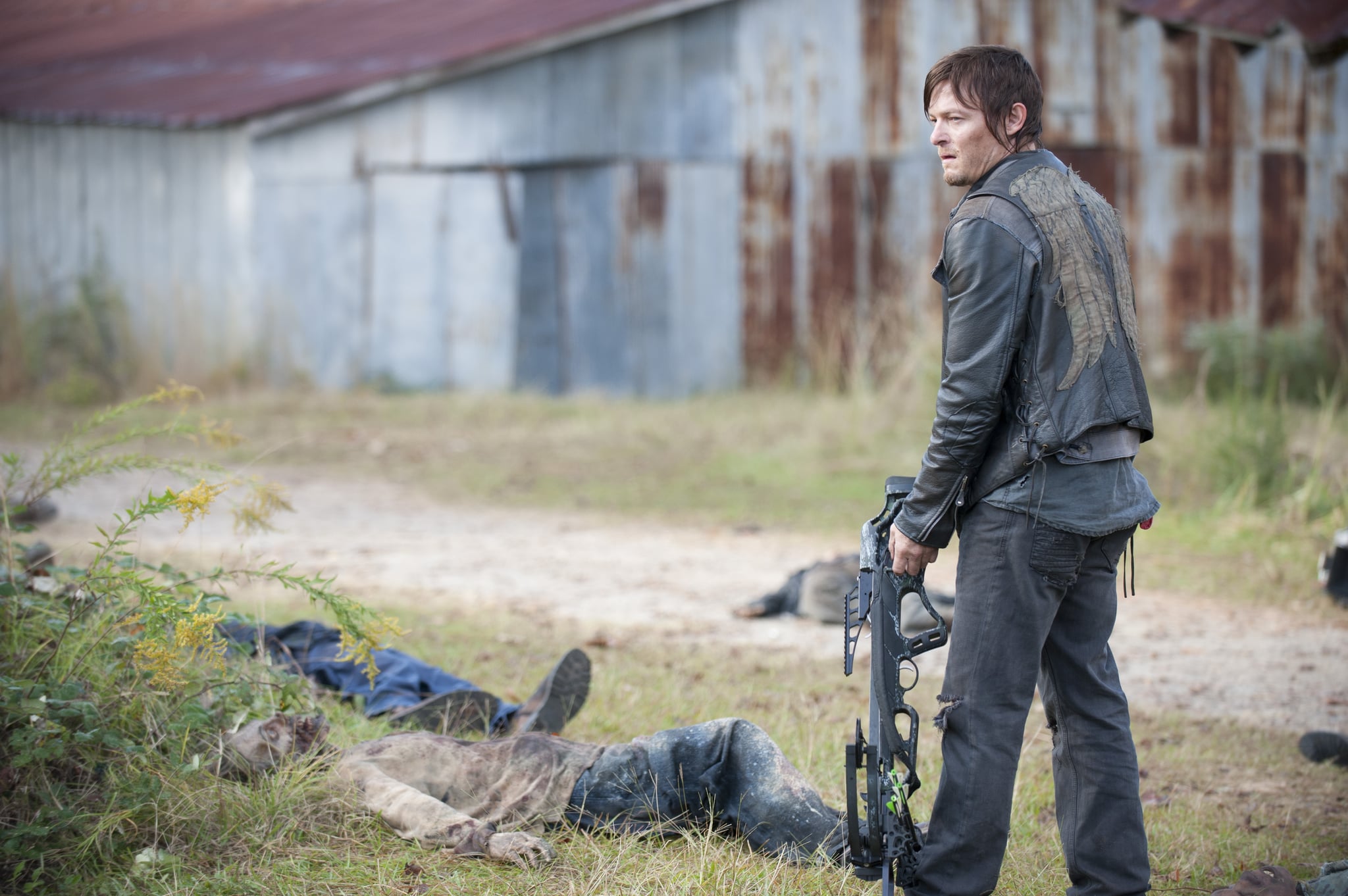 If you watch The Walking Dead religiously, you've definitely noticed the angel wings on the back of Daryl's vest. Over the years, fans have questioned if the wings have a significant meaning, or if they're just simply a cool design that came with the leather garment.

I spent several hours binge-watching old episodes ahead of season eight's premiere, and suddenly I found myself wondering about Daryl's vest myself (especially since it gets stolen by Dwight). Could it be that the angel wings are supposed to represent Daryl as an angelic figure within the rest of the group?

Robert Kirkman, the evil genius behind the comics from which the AMC show is based, has yet to provide any insight over the puzzling vest. Since Daryl isn't even a character written in the comics, that makes sense — Norman Reedus's role was written specifically for the show. Still, there has to be some reason why the showrunners would give arguably the show's most badass fighter a pair of angel wings, right? Well, until we receive a direct answer from the showrunners or Reedus himself, I've rounded up three plausible theories I've come across that might explain the wings on Daryl's signature vest.

Related:
The Fashion-Based Theory From The Walking Dead That No One Is Talking About

According to one Reddit user, angel wings are often worn by bikers who survive motorcycle accidents. Before the zombie apocalypse began, Daryl traveled as a motorcyclist with his brother, Merle, who was in a biker gang. It's totally possible that Daryl found himself injured along the way pre-apocalypse, which could explain some of the scars on his back not attributed to incidents with his abusive father. 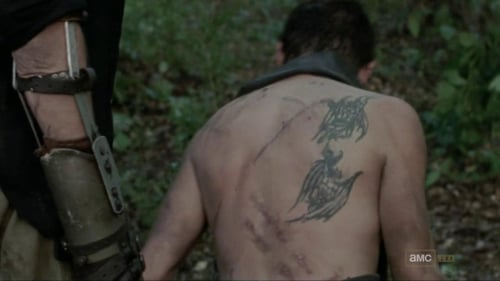 2. Daryl is a symbolic angel figure among the survivors.

Another very observant Reddit user believes Daryl's wings are way more important than we might think. "In the wars between heaven and hell the soldiers of good are always led by angels," poissonsale explained. "They are the protectors of the flock, particularly the most helpless."

In Daryl's case, as poissonsale points out, he is the protector "for the most fragile and helpless of the group." That includes characters like Carol, Judith, and Beth. According to passionale, this theory makes sense when you factor in how often The Walking Dead uses "Christian imagery and references to reinforce themes." Also, Daryl has literal tattoos of angels fighting demons on his back, so it's kind of hard to argue with this theory.

3. The wings are a simple nod to bikers, nothing more.

The Hells Angels Motorcycle Club are famous for its emblem of a skull with wings. In that regard, the wings on Daryl's vest could just be a nod to biker culture. But on a show that often plants subtle, yet genius Easter eggs in between episodes, it's probably unwise to think Daryl's conspicuous apparel is an insignificant costume design.