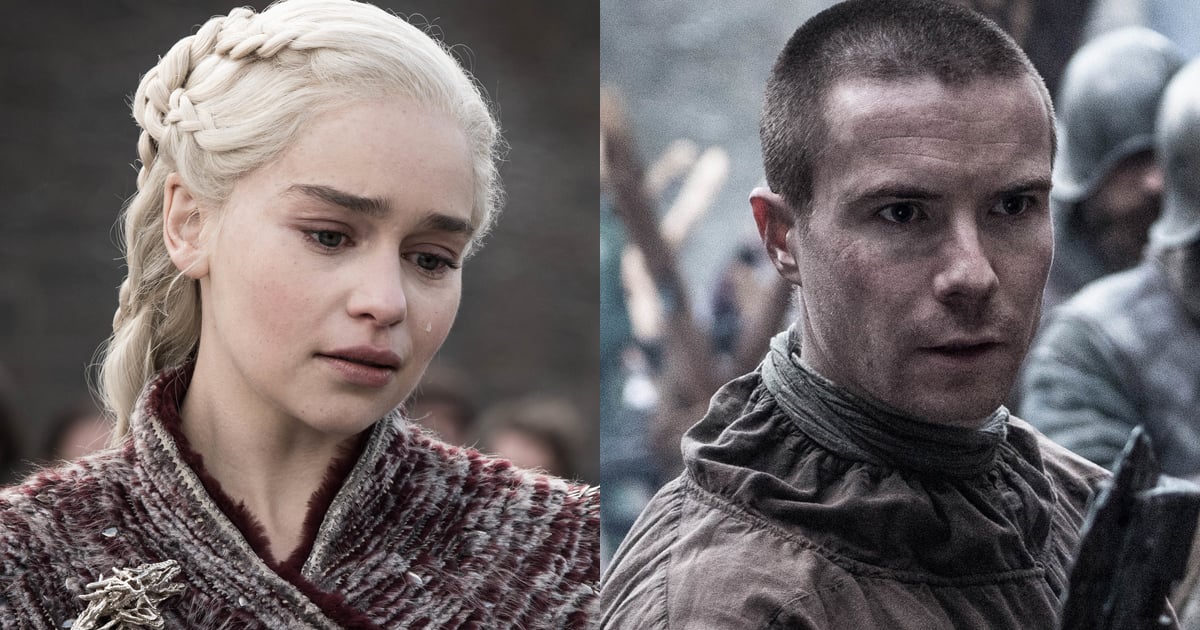 Game of Thrones' Battle of Winterfell brought together several factions — Starks, wildlings, Targaryens, and even Lannisters fought together to face a common enemy: the White Walkers. Among the fighters were the last remaining members of two of Westeros's formerly great houses: the Targaryens, represented by Queen Daenerys (and Jon Snow, but that's still sort of a secret) and the Baratheons, represented by Gendry Waters, the bastard blacksmith and Robert Baratheon's last living child. Dany and Gendry finally come face to face in the aftermath of the battle, and it's no surprise that their meeting is a little tense.

When GoT starts, Robert is king — the first Baratheon to rule, stealing the throne from the Targaryens and Dany's father, Aerys II, who ruled the Seven Kingdoms before. Two major things lead to that change of power, and they take place before the start of the series, triggering a whole chain of events that eventually lead to where we are now.

First, there is Aerys's erratic behavior. Daenerys's dad, known as the Mad King, is paranoid and schemes to use wildfire to kill his own people. Second, the twisted love triangle between Lyanna Stark, Robert Baratheon, and Rhaegar Targaryen (Aerys's son) creates friction between the two families. Rhaegar is believed to be infatuated with Lyanna and said to have kidnapped her and taken her away from her promised husband, Robert. In response, Robert leads a rebellion against Aerys and kills Rhaegar in battle, while Jaime Lannister kills Aerys. Of course, we now know from season seven of Game of Thrones that Robert was wrong. While Lyanna was promised to him, she fell in love with Rhaegar, who loved her in return, annulled his marriage, and wed her in secret, having a child with her, Aegon, who is raised as Jon Snow.

Related:
We'd Rather Not Talk About Gendry's Past With Melisandre on Game of Thrones, but We Should Anyway

Not privy to this information (we assume), Robert not only claims the throne, but takes things even further: he tries to track down Dany and have her (and her surviving brother, Viserys) killed. Given the nasty history between Targaryens and Baratheons, it's understandable that Dany is on edge about meeting the son of the man whose rebellion led to her father's death. However, it seems like Dany knows it's in her benefit to keep Gendry on her side for now, particularly after discovering Jon Snow's secret origin, so she very publicly gives him the title of Lord of Storm's End, a land that the Baratheons held in the past.