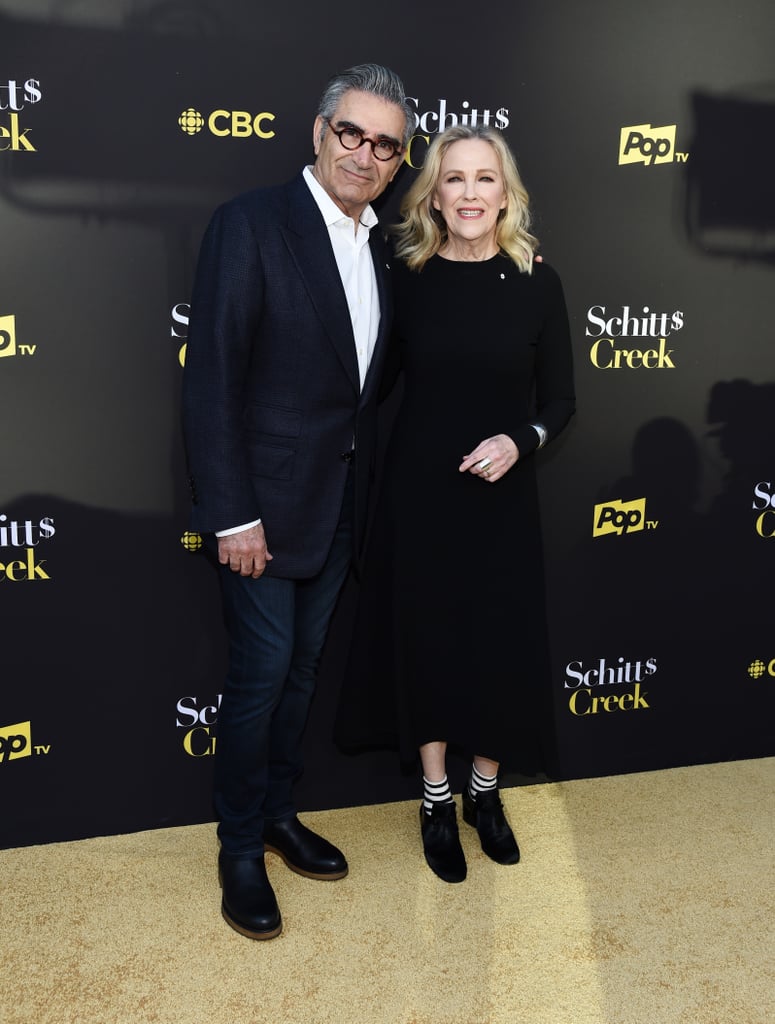 One of the most delightful surprises of this year's Emmy nominations was the inclusion of the breakout hit comedy Schitt's Creek in several of the categories. Among the nominees are longtime industry vets Eugene Levy and Catherine O'Hara, who are nominated in the lead actor and lead actress categories. Both performers have been in the comedy world for decades, and their easy chemistry on-screen should come as no surprise: they've been working together since the 1970s! The duo first met via an improv comedy group in Toronto, and since then, they've teamed up several times over the course of the decades, with Schitt's Creek being just one in a line of collaborations. We've gathered some of the funniest clips from their career together for some big laughs ahead!