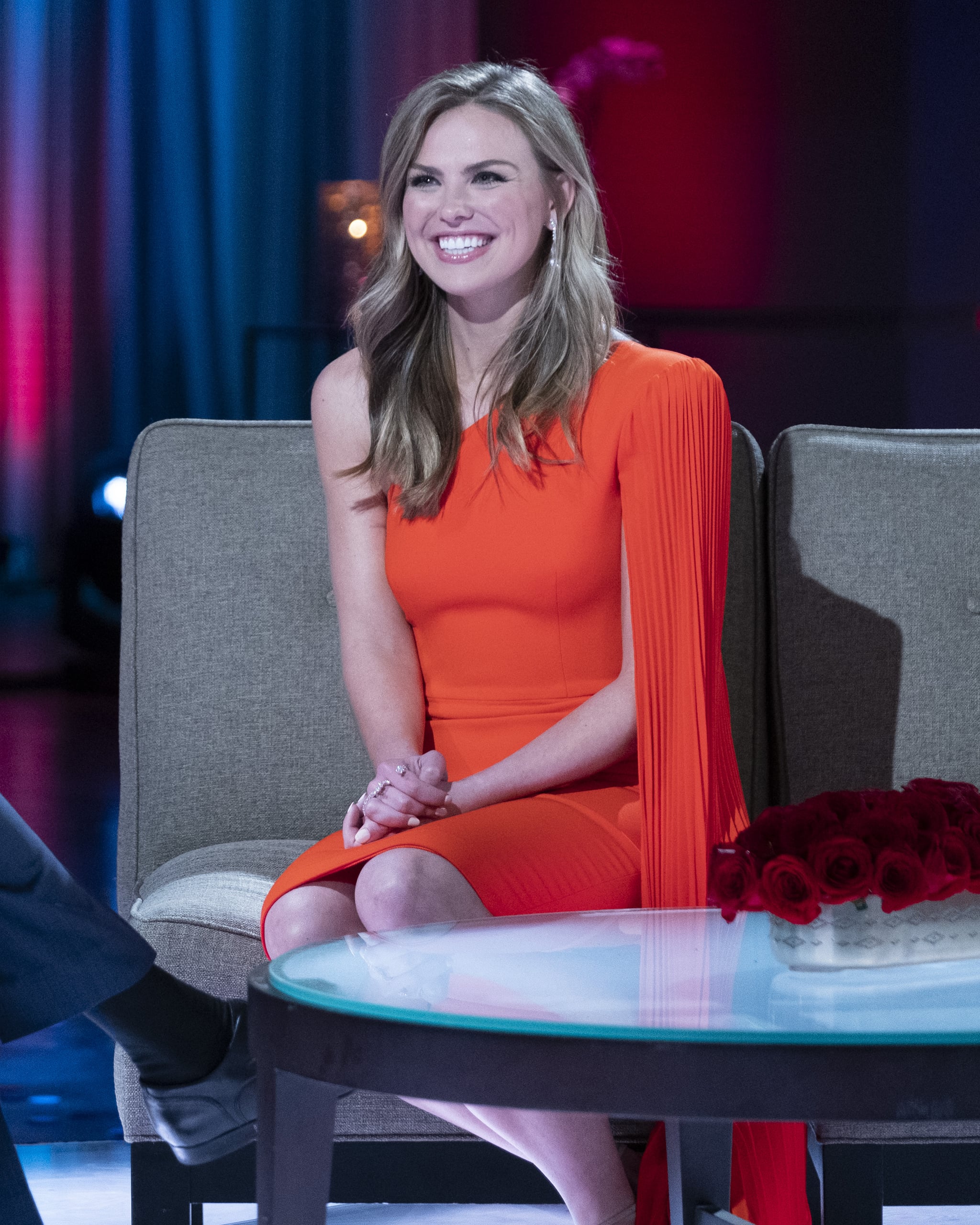 The first Monday after The Bachelor or The Bachelorette's finale is always the hardest . . . or is that just us? On one hand, our evenings have lost meaning, but it's exciting to know that a new single will begin the journey of finding the person they'll love forever (even if they don't get married). You may be wondering when the new season with Hannah Brown will start (spoiler: we have your answer here), but what about the filming process? Spoiler, again: it's already in full swing!

Mike Fleiss, the creator of the Bachelor franchise, confirmed that Hannah began her journey by posting a photo on March 18 with Chris Harrison by her side. Due to the gown and Bachelor Mansion backdrop, we can only assume it was taken the first night. Mike captioned the photo with "Wow! #TheBachelorette." Who could blame him? That silver sparkling gown deserves all the attention.

Since that initial picture Mike shared, he's given us other behind-the-scenes looks into season 15. The first group date appeared to take place in a theater. In another shot, we see Hannah in an all-white outfit on a helicopter. She also goes on a roller skating date with at least one suitor. It sounds like we're in for some good dates!

The Bachelor's finale with Colton Underwood, who Hannah dated up until week seven, consisted of a two-night finale on March 11 and 12. Hannah met five of the men on her season for the first time on night two, so she had fewer than six days between finale night and, presumably, the first day of filming.

The short time between seasons isn't much of a surprise. Each season takes around six to nine weeks to film — yeah, it's not a lot of time. This year's Bachelorette season kicks off on May 28, which (if you're even OK at math) will tell you there isn't a lot of time to get editing done and on our TVs.