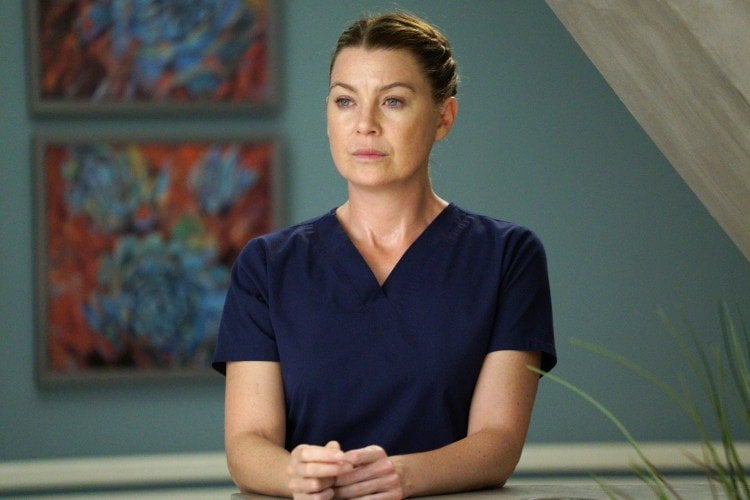 To the die-hard Grey's Anatomy fan, it's hard to imagine a world without Shonda Rhimes's soapy medical drama. When that day comes, we may actually have to live our lives instead of investing our energies into the latest emotional roller coaster behind the sterile doors of Grey Sloan Memorial Hospital. Get your tissues out, Grey's-lovers, because that day is coming, according to Ellen Pompeo, the brilliant actress behind the truly iconic character of Meredith Grey.

Well . . . Pompeo recently weighed in on that. She admitted in a recent interview with ET Online that the show's inevitable end is coming, stating, "Yes, we're starting to think about how you would end a show this iconic. How do you end it? But we're not there yet. We're going to focus on season 15. We just take it one season at a time."

As a producer on Grey's and its spinoff, Station 19, Pompeo isn't shy about bringing up the financial side of matters; Grey's Anatomy makes a lot of money. Commenting on the value of the show, Pompeo said, "The show's a tremendous money maker, let's be honest. It makes a fortune for everybody and everyone wants to keep it going. Now, it's sort of fun. We're in a contest with ourselves. How long can we keep this going and still have this level of quality?"

While there's no concrete end in sight, the concept of the end is definitely lurking around. In an interview with US Weekly, Pompeo talked about her plans post-Grey's Anatomy and some of the factors that may influence her decision to end the show. For example, Pompeo expressed a desire to spend more time with her children in the near future. "I want to be more involved in my kids' lives as they get older. And they need me more, and this world is such a crazy place," she explained.

The actress also addressed her interest to shift from acting to more behind-the-scenes work. Pompeo mentioned that she would love to continue work in producing after Grey's has run its course. "I am really into producing, I love producing. It's like one problem after another, it's problem-solving 101. It's like a great experiment in problem-solving," she remarked.

My heart is already aflutter thinking about the show's end, but here's to at least a few more years. There's definitely already plenty of Grey's drama to speculate upon at the moment, like the stomach-twisting season 14 finale. After everything wraps up in the next few years, I suppose we can latch onto Sandra Oh in Killing Eve and the next handful of Shonda Rhimes projects.