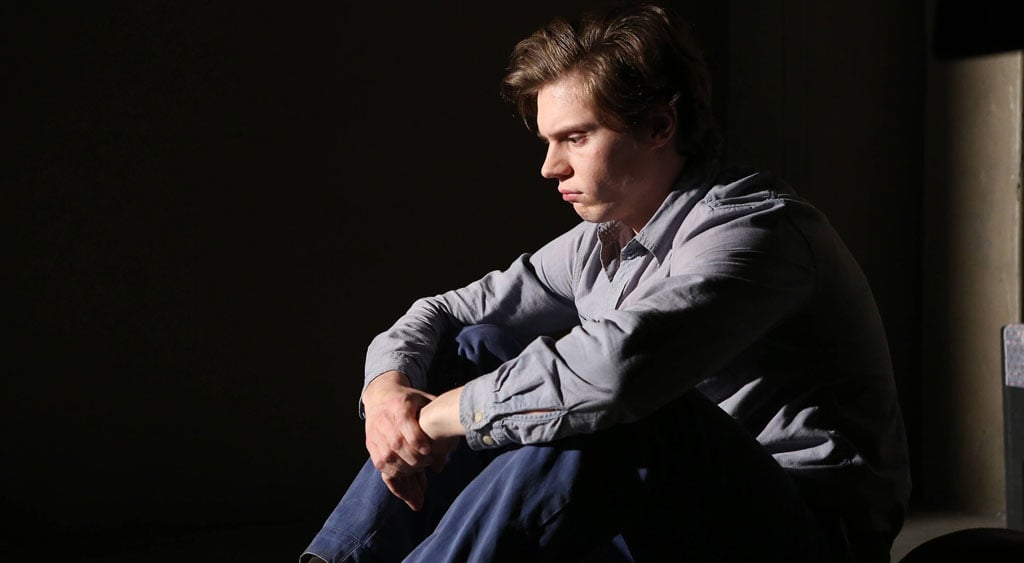 After months of dissecting every creepy poster and confusing teaser, the highly anticipated sixth season of American Horror Story finally premiered on Wednesday night. The theme, or maybe-theme, My Roanoke Nightmare, follows a "real-life" couple giving interviews about their lives as a dramatic reenactment is shown using "actors." The couple, Shelby and Matt, settle into a country house in the South after enduring a few traumatic events in LA, including a miscarriage and being the victims of a violent gang initiation. But while we knew to expect a few returning cast members (Sarah Paulson and Angela Bassett), we were introduced to people who were never announced for season six (Cuba Gooding Jr. and Andre Holland). But one returning cast member (and fan favorite) was noticeably absent from the premiere episode and the season's teaser: Evan Peters. Naturally, social media had a bit of a meltdown over Evan's absence, so to quench your thirst for blood over not seeing the actor yet, we've rounded up some of the best reactions below.

#AHS6: No theme song, No preview of next episode, No Evan Peters or Jessica Lange

-Made us wait a year for the theme
-No theme name
-Evan Peters wasn't in the first episode
-No Theme song
#AHS6 pic.twitter.com/2GxXohiUrM

People: "This season is going to be the best"
Me: after not seeing Evan Peters #AHS6 pic.twitter.com/k9o8jJ22wE

when you waited the whole episode for evan peters and he doesn't even appear #AHS6 pic.twitter.com/eQg9bOj7sk

When you see Evan Peters name in the credits but not in the first episode. #AHS6 pic.twitter.com/ag6IuTUJ3l

#AHS6 all of us when Evan peters wasn't in the first episode. pic.twitter.com/sdcrCXJHHc

Where is Evan Peters? #AHS pic.twitter.com/Qbk6XoLrL6