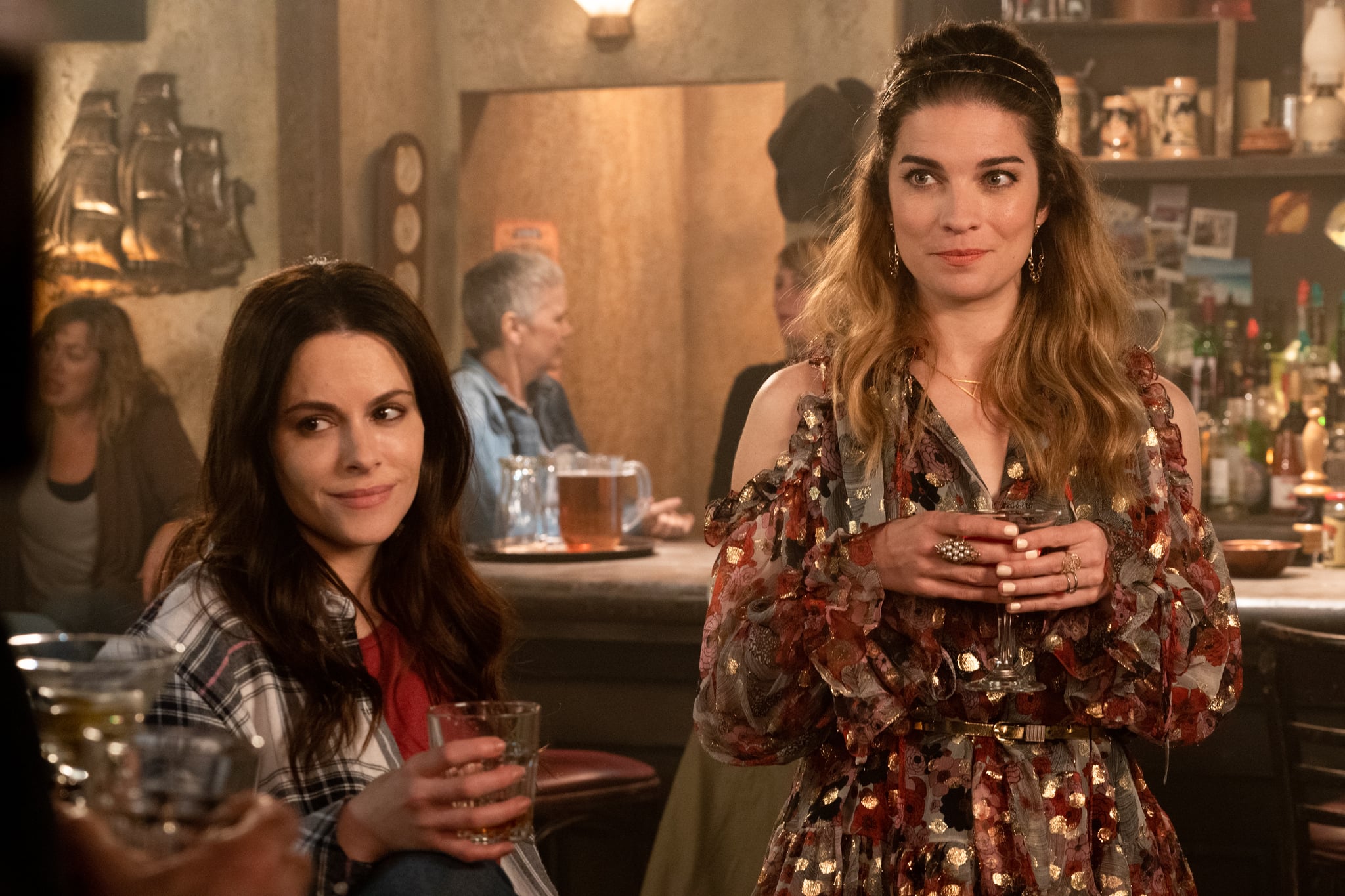 Annie Murphy stole our hearts the minute Alexis Rose stepped into frame with her impossibly dangly pearl earrings and rushed down her family's opulent staircase to plead that her extensive purse collection not get repossessed. (Her boyfriend bought them for her, so technically they belong to him.)

Throughout the run of Schitt's Creek, some of Alexis's most memorable lines have to do with the many boyfriends she's had over the years and all of the most interesting adventures they've had, from Somalia to South Africa. But, following her breakup with Ted in season six — and her brief stint with Artie — Alexis leaves Schitt's Creek single with no plans to pursue any kind of future romance. Even a month after the finale aired, I think it's the best decision the writers could have made for her.

She's a good friend, a loving sister, and someone who deserves to feel self-confident regardless of whether she's in a relationship or not.

From the minute the Rose family arrives at the motel, Alexis is devastated, both about her family's sudden bankruptcy and that her billionaire boyfriend Stavros is clubbing overseas without her. In case you need a refresher, he's the one who abandoned her on a trip to Rio, gave her his ex-wife's engagement ring, and went to Diddy's white party without her. Unfortunately for Alexis, her other ex-boyfriends don't seem much better. There was the drug lord from Thailand who trapped her in his trunk as a teenager, the Saudi prince who held her hostage in his palace, the Ugandan diamond smuggler who kidnapped her friend, the sultan's nephew who wasn't allowed to talk to her, and not one but two substitute teachers.

Alexis has also had her fair share of relationships and encounters with many a celebrity, including her claims that she casually dated Prince Harry, hooked up with Josh Groban and Adam Levine, sexted with Zac Efron, and had her first kiss with Jared Leto. Despite all of these regaling — and highly unlikely — stories, some of Alexis's most notable relationships are with the men she meets on the show, namely Mutt and Ted.

Mutt Schitt (yes, I promise, that's his name) is Roland and Jocelyn's oldest son and is known as a brooding wanderer who lives in a barn on the edge of town. He and Alexis meet at the tailgating party shortly after the Roses arrive in Schitt's Creek. The two are later assigned to community service together, which results in a lot of sexual tension and a rainy night of fun in Mutt's barn.

But it doesn't take long before Mutt shaves off his character-defining beard and goes off for an undetermined amount of time to hunt for pine cones, resulting in the much-anticipated demise of their relationship. Aside from the fact that they had completely different interests and personalities, Mutt and Alexis had a shallow relationship based almost completely on attraction, making him no better for her than her other boyfriends.

Then there's Ted Mullens, the town veterinarian who easily charms Alexis with his sweet nature and winning smile. Even though he took an interest in Alexis back in season one, her decision to go out with Mutt instead left him brokenhearted until season three when Alexis realizes she's made a mistake.

Related:
Why Saying Goodbye to Schitt's Creek Was So Much Harder Than I Anticipated

Unlike her past boyfriends, Ted takes the time to listen to her, checks in with her to make sure she's all right during any family drama, and encourages her to follow her passions and dreams. While Alexis can be a lot to handle, he never judges her for being herself and gently guides her in a better direction using nothing but his natural kindness when he can. He also makes a lot of adorably corny animal jokes and helps Alexis when she realizes she has lice, so he's kind of the best.

Even after their relationship fizzles out, Ted makes an effort to support Alexis by showing up to her high school graduation. It's traits like these that make Ted the most admirable boyfriend Alexis has ever had, and she seems to agree, which is why her decision not to go to the Galapagos in season six — which she made with some helpful advice from Twyla — weighs so heavily on her. Forced to choose between going to live indefinitely with Ted on an island she knows she'll hate and going off to New York City alone, Alexis chooses the latter, breaking her own heart and ours.

In an interview with Entertainment Weekly, showrunner and star Dan Levy revealed that Alexis and Ted's breakup wasn't always planned. "The Alexis-Ted revelation was a four-season arc," Levy said. "I thought Alexis and Ted were going to be the wedding at the end of the series — and then I foolishly told Annie [there would be a double wedding]. I did mean it at the time, but so much changes."

When asked about her feelings regarding Ted and Alexis's breakup, Annie Murphy explained that she was devastated. "I was like, 'Yay, I can't wait! Sign me up. That's going to be a perfect ending to the show,'" Murphy said, referring to the possibility of a Ted and Alexis wedding. "[When it didn't happen,] I was furious. I threatened to quit the show — and didn't follow through on it."

Related:
16 Behind-the-Scenes Facts About Schitt's Creek and Its Beloved Cast

As heartbroken as I was to watch Ted and Alexis spend their final moments together at their favorite booth in Café Tropical, I was also relieved and happy in a way, not that they broke up but that Alexis could finally take some time to date herself. With back-to-back relationships since before the start of the show, Alexis never had time to figure out what she liked and what her true passions were because she was always trying to adapt the interests of her current boyfriend. With Ted, Alexis found the drive within herself to pursue those passions and learn about herself as a person. After her relationship with him, she was allowed to be independent and go after her passions without the fear of someone else dragging her in a different direction, and that's what her character needed from the beginning more than anything else.

Over the course of six seasons, Alexis has inspired me to be more adventurous, embrace my personal style, and be more vocal about what I want. Although her character is outwardly materialistic, a little whiny, and frippet, as Moira might say, Alexis is also incredibly kindhearted, thoughtful, and savvy with social media. She's a good friend, a loving sister, and someone who deserves to feel self-confident regardless of whether she's in a relationship or not. By heading to New York alone, she proves that she's grown as a person — not because of her boyfriends but because of her own decisions and help from the people who love her — and there's something very Alexis about that.

Steve Martin
Steve Martin Announces Plans to Retire After "OMITB" Wraps: "This Is, Weirdly, It"
by Chanel Vargas 7 hours ago