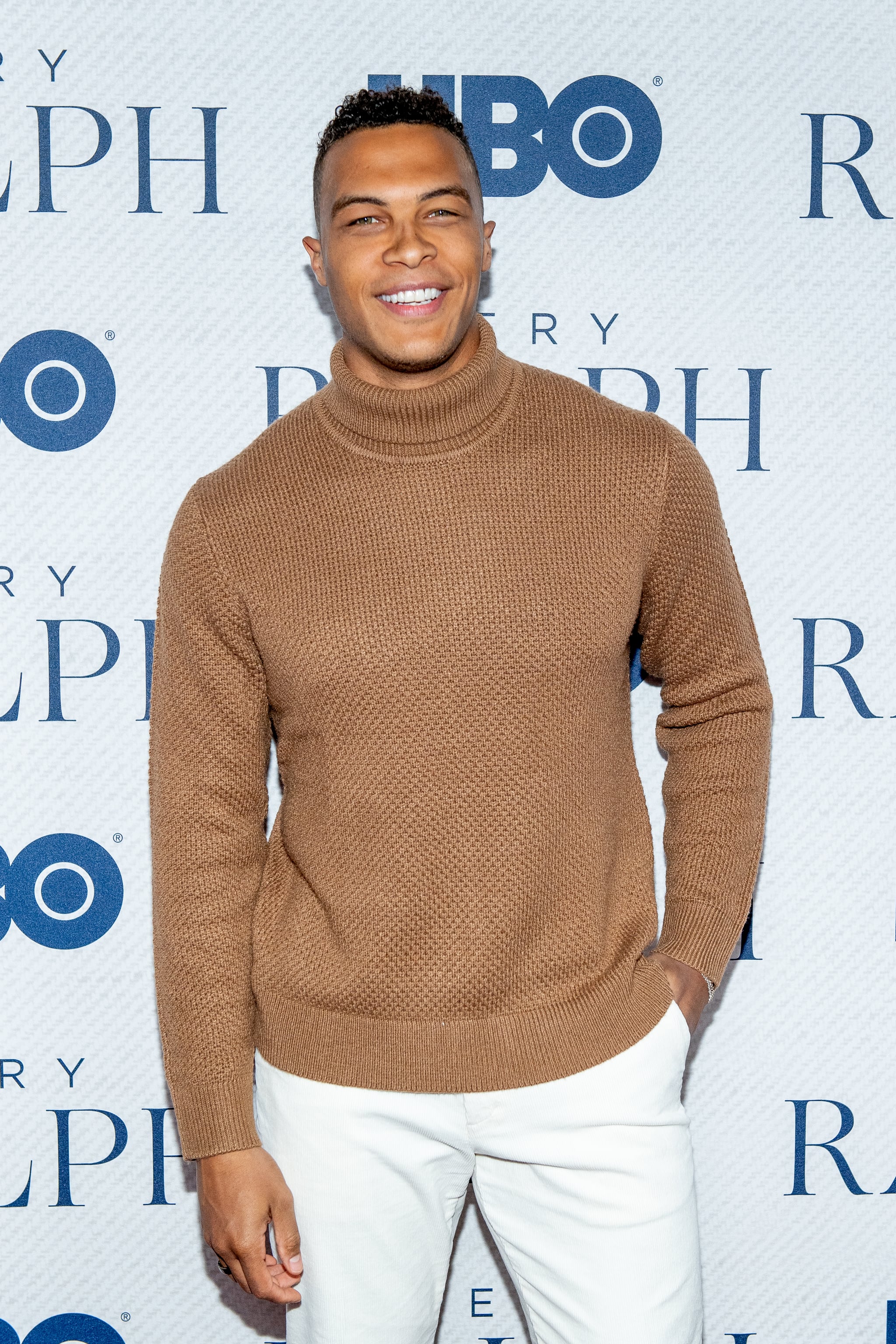 Still on the hunt for more tea about Dale Moss (y'know, the hunky football-star-turned-model who quickly captured Clare Crawley's heart on The Bachelorette and is apparently now engaged to the 39-year-old hairstylist)? Yeah, same here, and we just uncovered about four mugs' worth, just in time for the highly anticipated premiere of Crawley's season. During an interview with the video and podcast series MaleRoom back in October 2019, a few months before the contestants for Crawley's Bachelorette season were announced, Moss opened up about relationships and his dream girl, and based on his answers, it certainly sounds like he and Crawley are the perfect match.

When asked to define romance, Moss delivered a pretty darn swoon-worthy answer. "I think romance is a little bit of vulnerability, to be honest," he said. "You have to be willing to fail, but also I think sometimes you have to say, 'Screw it,' and take a chance, not really knowing what's going to happen. And at the end of the day, you have to have passion and love at the same time." We'd say applying to fall in love on national television is taking a huge chance, so that definitely checks out. Talk about foreshadowing!

Moss also made it clear right off the bat that he knows exactly what he wants — and doesn't want — in a relationship. "I always say if it doesn't excite me, I'm not doing it," the 31-year-old explained, adding that his ideal partner must have substance that extends below the surface. "There definitely has to be attraction or almost that feeling of 'Damn, is she out of my league? Like, is she too much for me?' I meet a lot of women who, on the outside, you would think I would get that feeling, but the substance or some other things might not be there," he said. "At the end of the day . . . if you [have] energy, you carry yourself with confidence, and you connect and have a conversation, you can see into their soul, you can really get a good feel." Welp, it basically sounds like he just described Crawley to a T. Great energy? Check. Confidence? Check. Ability to hold a deep conversation? Check!

However, Moss said the biggest dealbreaker when it comes to relationships is feeling too controlled by his significant other. "Being controlled is a thing that really bothers me, and I feel like if I ever feel trapped in a situation or a relationship, that's the worst thing for me."

Related:
A Thorough Look at All the Drama That's Gone Down Since Clare Crawley Became Bachelorette

On the topic of temptation, Moss said commitment is the name of the game for him, but he reiterated that he'll only invest his time in someone with depth. "I've never had a problem when I'm committed to someone being really committed," he said. "I'm not going to lie, I love women, I'm sexual, I'm open, but I get really frickin' annoyed if they're shallow or if there isn't depth, so I would rather invest in someone, but please believe I'm going to take my time and be sure it's right. I'm not in a rush by any means but . . . I'm pretty direct and understand where I want to go in my life with certain goals, and I don't think it will be a far stretch for someone to pull me in that direction when the time is right."

Well, it certainly sounds like the timing was right for Moss and Crawley! We can't wait to see how things shake out between the two lovebirds on this season of The Bachelorette, starting this week.