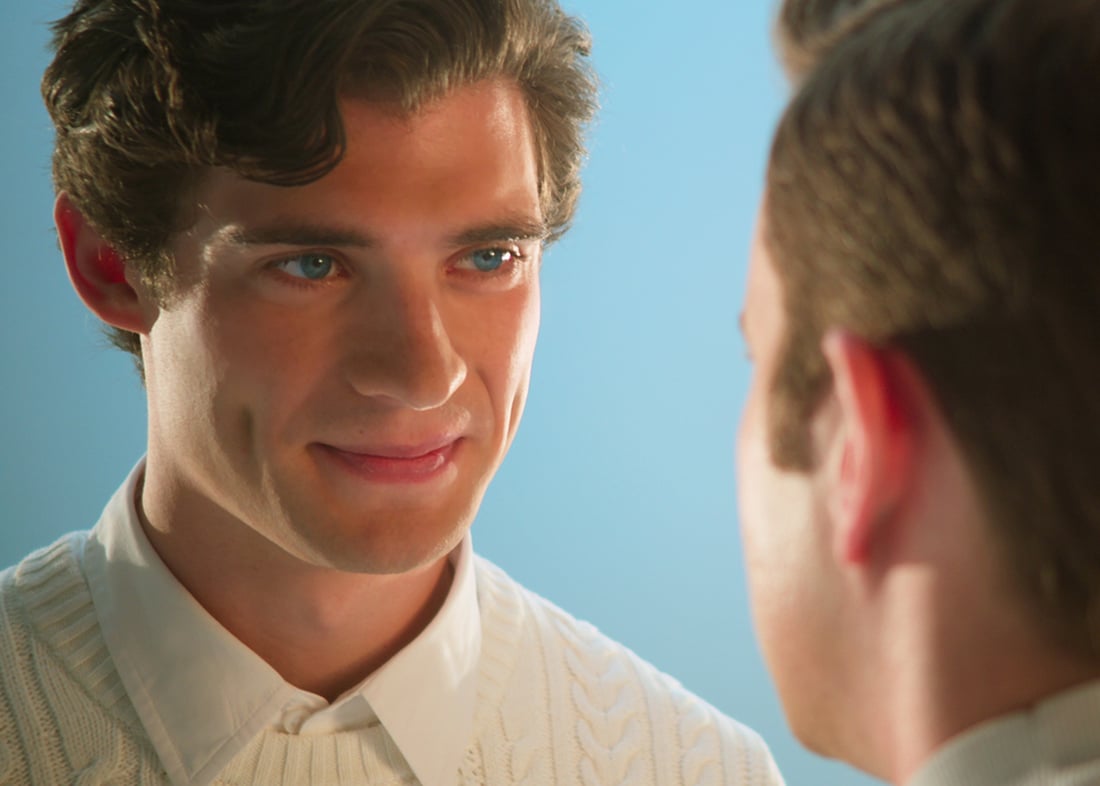 The second season of The Politician premiered on June 19, and River (David Corenswet) is back, but not exactly how you'd expect. Although suddenly having River alive again would add a supernatural twist to the series, it wouldn't be realistic — even for a show as ridiculous as this. In season one, River is a popular student that seems to have it all, though in reality, he is lonelier than anyone realizes. His overwhelming empathy towards others results in him killing himself, and from that moment on, River becomes Payton Hobart's (Ben Platt) guiding light.

In season two, River is once again relegated to serving as Payton's conscience. In the three years since Payton's stint as class president at Saint Sebastian High School and River's death, Payton's been less than himself. Rather than getting involved at NYU, where he decided to attend after losing his place at Harvard, he's been heavily drinking and seeing River everywhere, whether that's imagining him as the bartender at his favorite bar or at times when he's in need of advice. It isn't until Payton's friends step in and get him to run against Dede Standish (Judith Light) for New York State Senate that he begins to resemble the "old Payton."

Related:
Newcomer and Hottie David Corenswet Steals the Show Right Off the Bat in The Politician

Eventually, Payton finds himself at a record store at a loss of what to do to win since his mother Georgina Hobart (Gwyneth Paltrow) won't end her bid to become governor of California. It's here that we see one of the only interactions between Payton and River during the season. Since Payton has somewhat found himself again, he hasn't had to rely on River for advice nor is his mind consumed with guilt over River's death. When River does finally reappear, though, it's as a sounding board for Payton to discover his "most authentic self."

"I think you just need to stop being so ashamed of wanting to win," River tells Payton. "It's time you stopped seeing the world as binary. Right and wrong. Good and bad." At the end of their conversation, Payton tells River, "Doesn't sound like you," to which River immediately responds, "I'm not me. I'm the little voice in your head that helps you be you."

Related:
David Corenswet’s Best Instagram Photos Have Us Daydreaming That He’s Our Boyfriend

We only see River two more times throughout the season; once in a flashback as Payton tells Astrid (Lucy Boynton) what happened during their "threesome," and a second time as a runner in Central Park when Payton is trying to decide whether or not he'll be Dede's vice president. The lack of River in the season gives us insight into how Payton has grown. Once he fully embraces who he is as a person, he doesn't rely on River as much as he trusts in his own judgment and relies on those around him. The appearance of River at the end supports the idea that River is there when Payton needs him, but at the end of the day, the only person that can truly help Payton make a decision is himself.