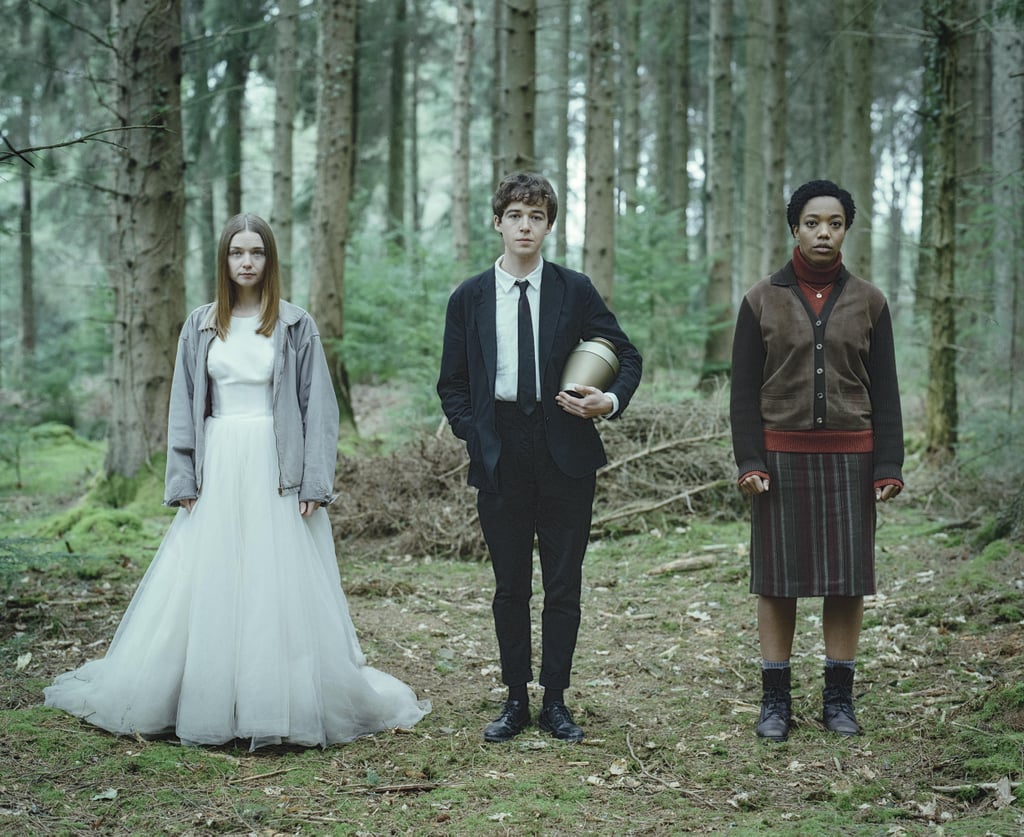 The End of the F***ing World's second season has arrived, so you know what that means — I'm in a heap on the floor crying, please don't disturb me.

OK, OK, in all seriousness . . . well . . . yeah, actually, that was in all seriousness. Season two is a journey, OK? Not only do we meet a twisted new character who's dead set on getting revenge against our two favorite criminals, but there's also a wedding, some very unexpected deaths, confessions of love, heartbreak, and yet more car trouble. So yes, it's a lot to process.

Admittedly, I went into watching the second season with the opinion that TEOTFW should have remained a limited series since the first eight episodes are quirky, psychopathic perfection. And sure, season two stumbles here and there. Some of the storylines feel a bit underdeveloped. But overall, series creator Jonathan Entwistle and the show's production team do a great job of continuing James and Alyssa's stories in a genuine way that doesn't feel forced or unnecessary.

Fortunately, I'm not the only one who feels this way. Ahead, check out some hilarious (and wholesome) observations about the new episodes, but be warned: spoilers to follow!

Related:
The Setting For The End of the F***ing World Is More Than a Little Ambiguous
Previous Next Start Slideshow
NetflixThe End Of The F***ing WorldTVTwitter Reactions