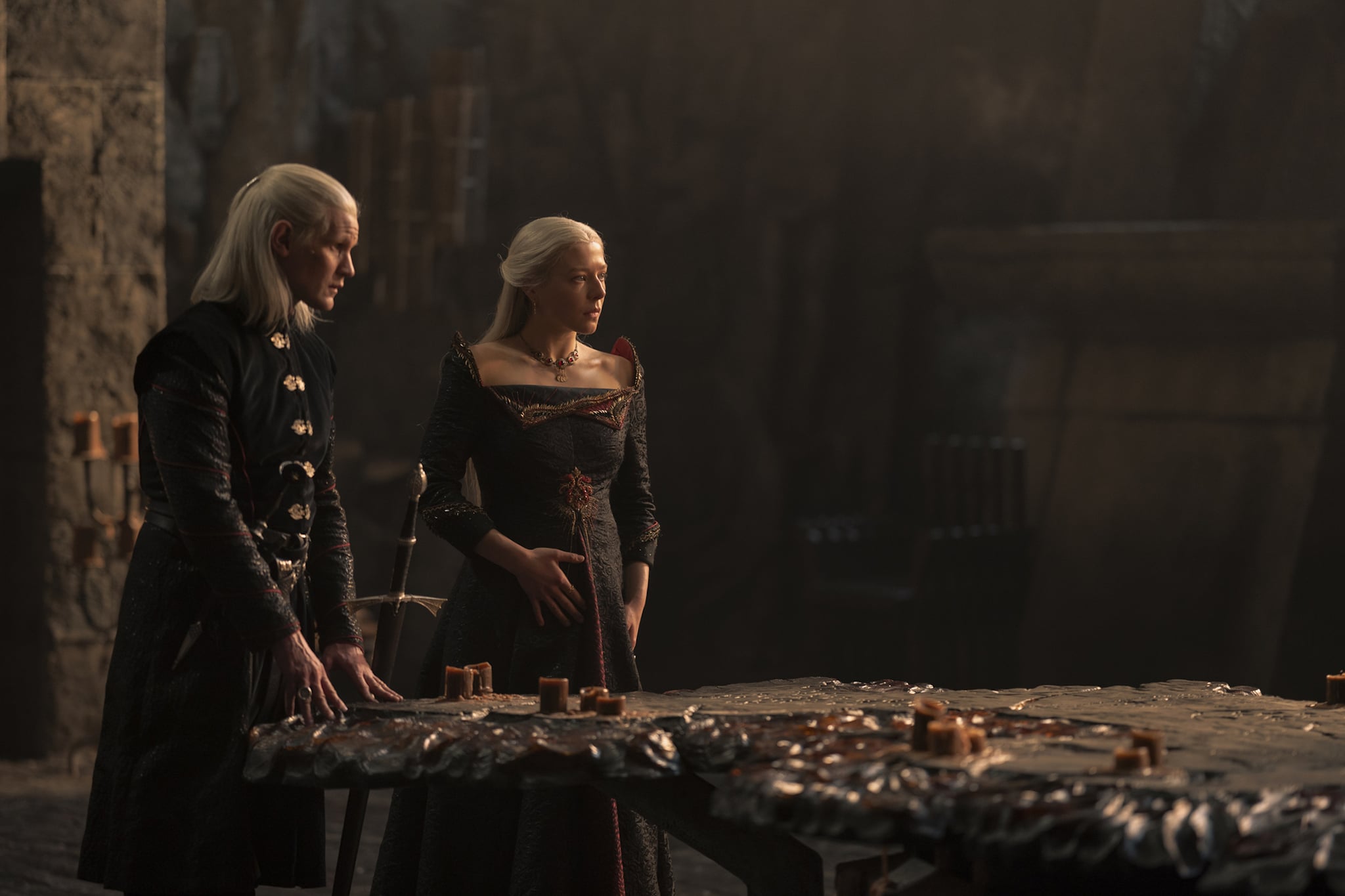 "House of the Dragon"'s first season is going to cover a pretty major swath of time, though we're not sure yet exactly how many years it will cover. Before the season began, we knew the actors playing Rhaenyra Targaryen and Alicent Hightower — Milly Alcock and Emily Carey — would be swapped out for older actors Emma D'Arcy and Olivia Cooke. That huge jump forward in time finally happened with episode six. But most of the episodes involved jump in time from the one that came before.

The first episode covers the events around the death of Aemma Targaryen (Sian Brooke) as she delivers a Targaryen heir, who quickly dies. Viserys names Rhaenyra heir and shares the Song of Ice and Fire prophecy with her, removing his brother Daemon (Matt Smith) from the line of succession. Episode two doesn't pick up the next day, and some pretty important time has passed. There's an even bigger jump before the third installment, when the whole kingdom celebrates the second birthday of baby Aegon. Episode four features major drama in Rhaenyra's love life, and episode five finds her ready to accept a husband. Then, episode six marks a huge jump forward in time, and episode eight has one more big jump. Let's break it down.

Related:
Rhaenyra and Daemon's Relationship Shapes the Future of Westeros, According to the Books

"House of the Dragon" episode two takes place six months after the events of episode one, which Rhaenyra reveals in a scene with Alicent during an early part of the episode. Rhaenyra and Viserys are still mourning the loss of Aemma and trying to move on with their lives amid their grief. Rhaenyra is also struggling to get the men of the small council to respect her. The situation in the Stepstones has continued to grow out of control, to the consternation of Lord Corlys Velaryon. Prince Daemon has been hiding in Dragonstone with an army of his gold cloaks, without any intervention from his brother.

"House of the Dragon" episode three takes place three years after the events of episode two. Episode two ended with Viserys announcing his intent to marry Alicent. In episode three, their first child, Aegon, is turning 2 years old. Viserys also tells Lord Tyland Lannister (Jefferson Hall) that the issue with the Crabfeeder in the Stepstones has been going on for three years.

"House of the Dragon" episode four takes place not long after the events of the last episode but long enough that Queen Alicent has given birth to her daughter, Helaena Targaryen. Rhaenyra has been on a tour of Westeros to meet potential suitors, and Ser Criston Cole tells us that she ended it two months before it was supposed to end. Prince Daemon has returned from the Stepstones.

"House of the Dragon" episode five does not have a time jump. Events begin right where they ended in episode four: Rhaenyra has agreed to marry Laenor Velaryon, Otto Hightower is on the way out as Hand of the King, and Daemon has been seemingly banished from King's Landing.

"House of the Dragon" episode six takes place 10 years after the events of episode five. The episode opens with Rhaenyra (Emma D'Arcy) giving birth to her third child, Prince Joffrey.

"House of the Dragon" episode seven takes place not long after the events of episode six. The episode opens with the funeral of Laena Velaryon (Nanna Blondell). Ser Otto Hightower (Rhys Ifans) has been reinstated as Hand of the King.

One final time jump happened in episode eight. All the children — Jacaerys, Lucerys, Joffrey, Baela, Rhaena, Aegon, Helaena, and Aemond — are about 5 to 6 years older and Rhaenyra and Daemon have been married for some time.

Episode nine of "House of the Dragon" takes place immediately after the events of episode eight, beginning with Alicent finding out the king has died.

Episode ten of "House of the Dragon," the season finale, takes place not long after the events of episode nine. Princess Rhaenys (Eve Best) flew from King's Landing to Dragonstone on the back of her dragon after the greens crowned Aegon.