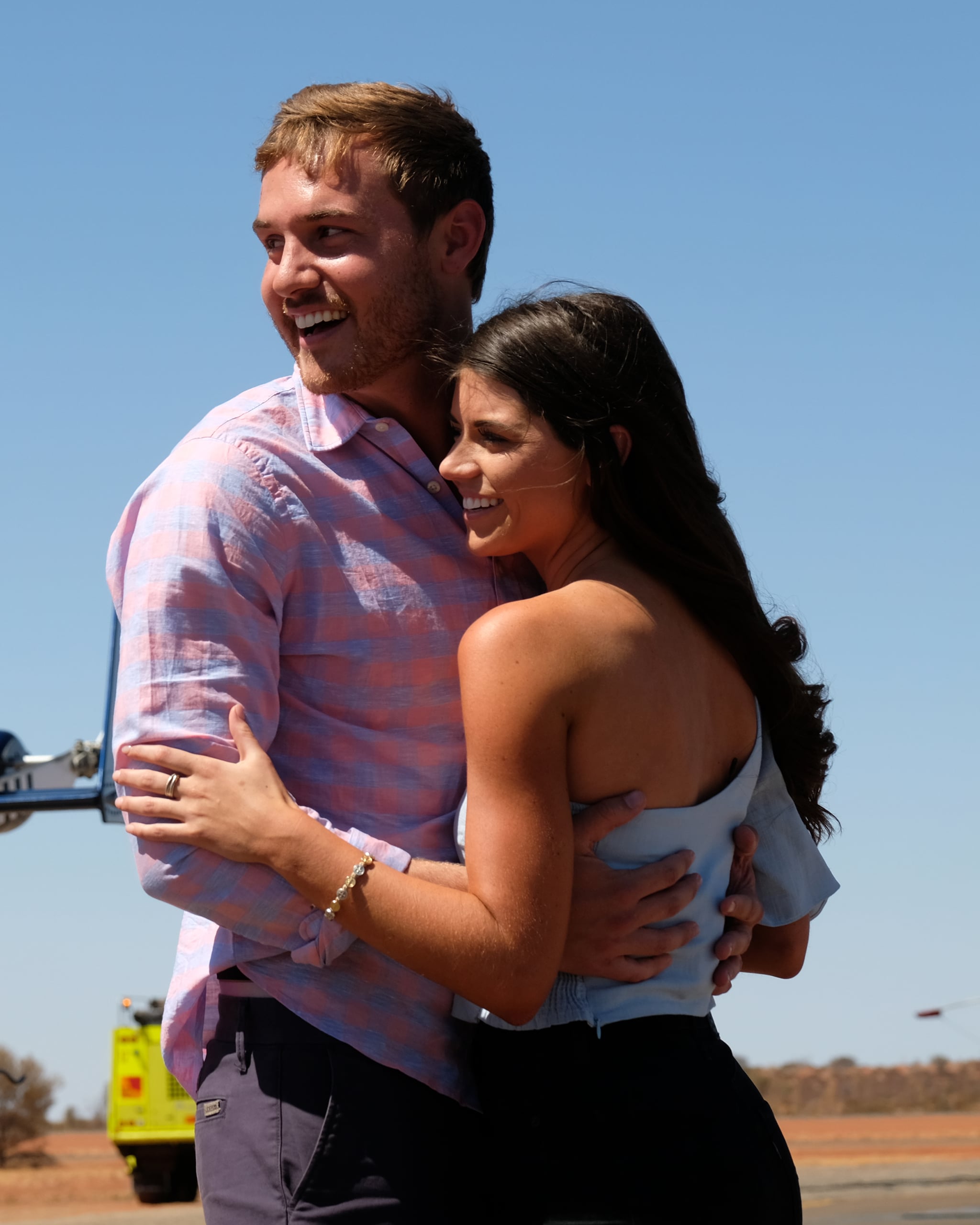 Among all the producer manipulation noted on Peter Weber's season of The Bachelor, one element is just plain silly: the heavy, loud "heartbeat" sound effect that's played over some of the season's tensest scenes. Is the heartbeat "real," or is it just a sound effect added by producers after filming? While the show's production team has never officially commented, fans online think they've figured things out.

On The Bachelor's subreddit, user u/canadianbettycrocker posted an exchange they had with their cinema audio professor after wondering if the heartbeat sound was real or fake. The professor's answer: yes, it's possibly the real heartbeats, but probably amped up in postproduction. "It does sound like it could be an actual artifact of their hug and a lav mic pressed between their bodies. Plus, that guy must be stressed out. But the fact that it was left in the mix, likely means that they punched it up a little in post. A nice way to employ the cliche of a heartbeat (which is massively overused in cinema to express the anxiety of protagonists)."

If this professor is correct, then the heartbeat sound we kept hearing is both real and a little bit artificial. The mics used in the show's production would apparently be able to pick up on a heartbeat when pressed close to the chest of a person whose heart is beating loudly and/or quickly, but, as with most things on The Bachelor, it's a deliberate choice to exaggerate things for dramatic effect. Remember, everything on the show has been run through production to craft the narrative they most want to tell, so it makes sense that every detail, down to what is and isn't left in the sound mix, is geared toward those same goals. Just as producers can add drama by changing the actual "plot" of the show (see: putting all three women in the same villa for Fantasy Suites week to ramp up the drama this season), they can add drama to the finished episodes by choosing what audiences will focus on in terms of what they see and hear.

It's yet another reminder that the "reality" of The Bachelor isn't quite the unfiltered reality they'd like us to believe!