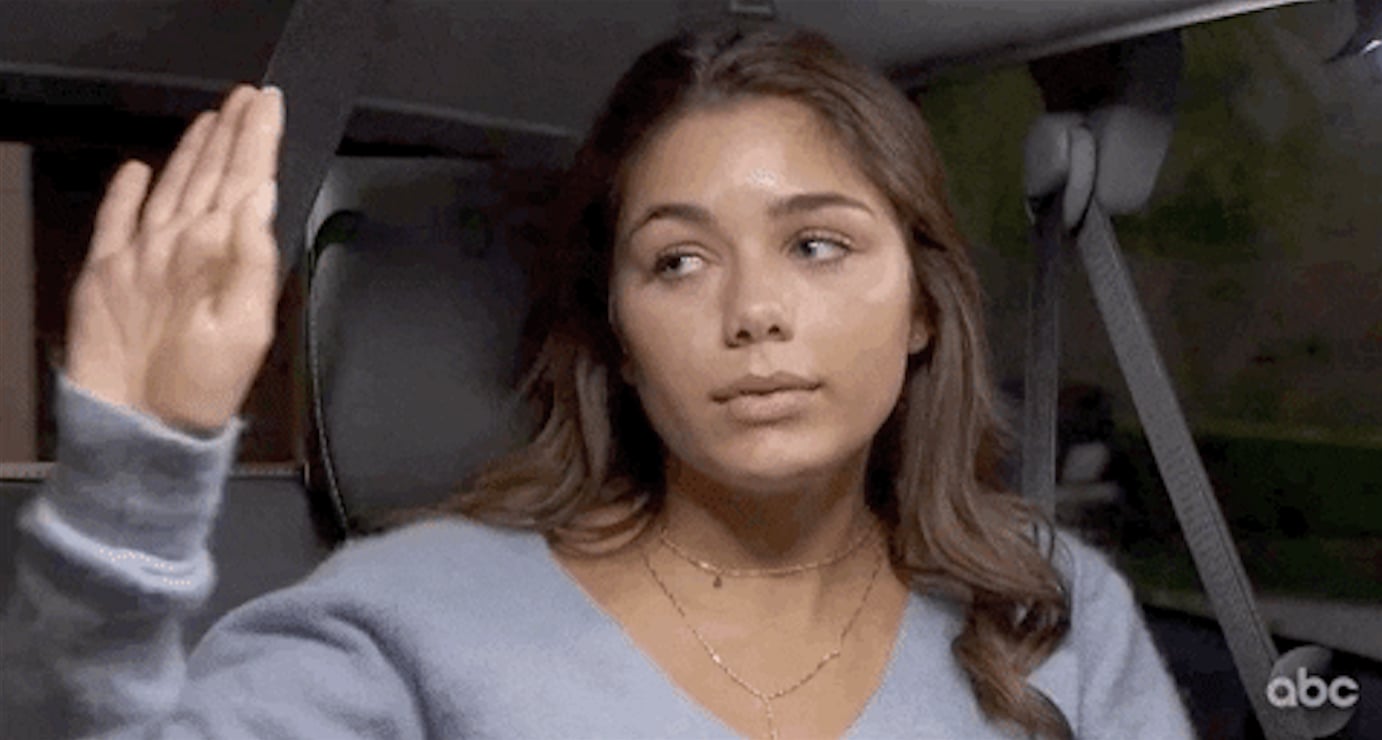 No shocker here: there were almost too many meme-worthy moments to count during The Bachelor's dramatic season finale. Most of them were fueled by Peter Weber's mom, Barbara, and her eye-rolls, stabbing glares, and over-the-top, Oscar-worthy weeps, but there was one particular scene with contestant Hannah Ann Sluss that really struck a chord and got my meme-creating juices a-flowin'.

The inspiring moment unfolded in the first half of the finale episode, when Hannah Ann reunited with Peter a month after he proposed to her in Australia. Peter revealed that he wasn't completely over his feelings for Madison, leading them to break off their engagement — and prompting Hannah Ann to depart after sharing a few choice words. When she hopped in the car waiting in the driveway, Peter tried to squeeze in a few last words, but Hannah Ann was over his sh*t and not down to hear any more excuses. She put up her hand and simply said, "Leave. Leave. Bye," to tell him off for good.

Here's a quick replay of the iconic moment in question, for your viewing pleasure.

Hannah Ann's hand gesture did wind up sparking a handful of funny memes across Bachelor Twitter the night of the finale, but honestly, not nearly as many as I think it deserves. So I've taken it upon myself to conjure up more ideas about what else the empowering moment could signify — because why not? Without further ado, I present 21 meme phrases inspired by Hannah Ann's applause-worthy goodbye to her ex-fiancé.