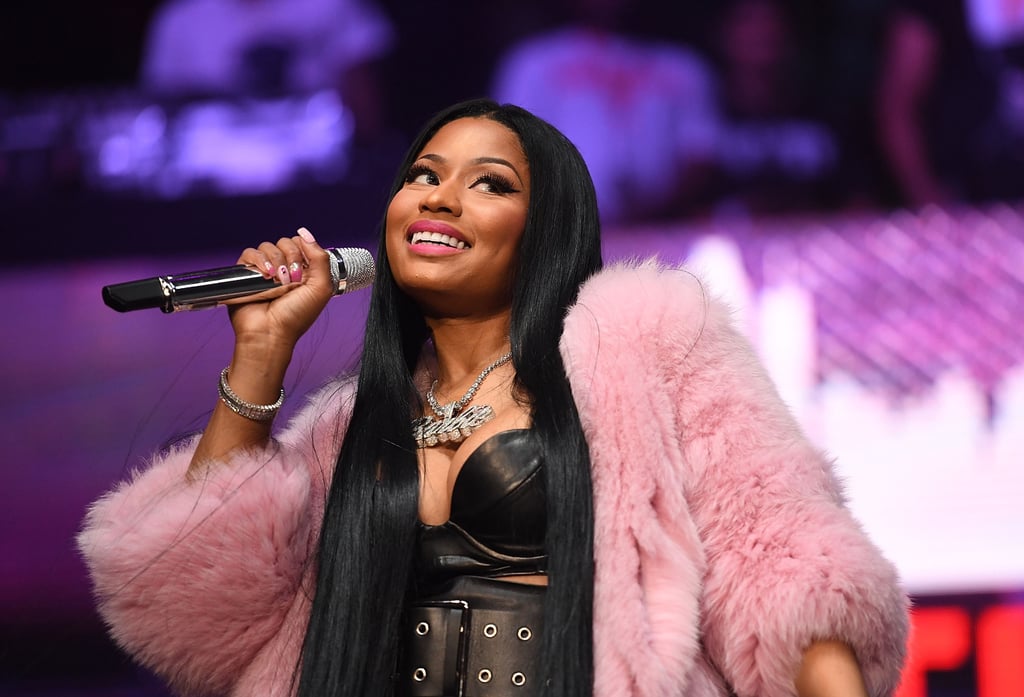 It's almost time for the 2022 MTV Video Music Awards! The nominations were officially announced on July 26, and now the list of performers is starting to roll out. On Aug. 5, it was revealed Anitta, J Balvin, Panic! at the Disco, Marshmello, and Khalid will all be gracing the stage at this year's ceremony.

Then, on Aug. 8, it was announced that Nicki Minaj is set to return to the VMAs stage for the first time since 2018. In addition to her performance, the 17-time nominated and five-time VMAs winner will be honored with the Michael Jackson Video Vanguard Award. "Nicki has broken barriers for women in hip-hop with her versatility and creative artistry," said Bruce Gillmer, President of Music, Music Talent, Programming & Events, Paramount and Chief Content Officer, Music, Paramount+, in a press release. "She has shifted the music industry and cemented her status as a global superstar with her crossover appeal, genre-defying style and continuing to be unapologetically 'Nicki.'"

The MTV VMAs will take place at the Prudential Center in New Jersey on Aug. 28. Lil Nas X, Kendrick Lamar, and Jack Harlow are leading the nominations with a total of seven each, while Harry Styles and Doja Cat are trailing right behind with six apiece.

A host for the event has yet to be announced, but we're sure to find out soon enough. Ahead, check out all the 2022 MTV VMAs performers who have been announced so far, and make sure to tune in later this month to find out who takes home the most Moon Person trophies.