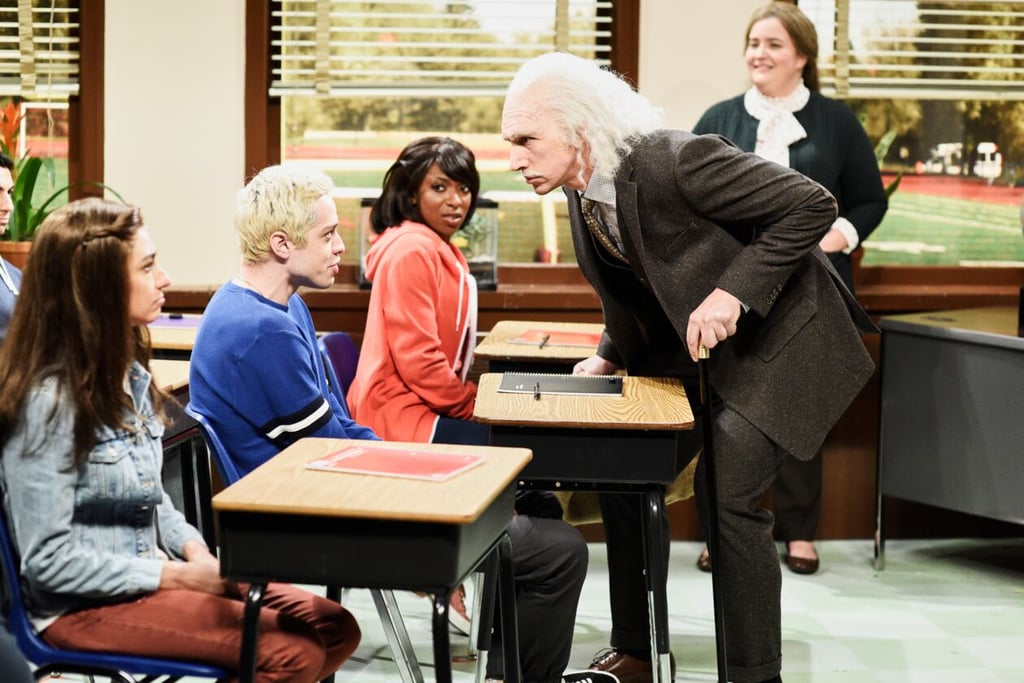 15 Hilarious Times Pete Davidson Lost His Sh*t on SNL, and Honestly, So Did We

One of the youngest SNL cast members ever, Pete Davidson immediately charms on screen, not only because of his supposed BDE (Big D*ck Energy), but also because of his goofy appeal. And being so goofy, it's natural that he's prone to breaking character with a giggle here and there. Just like his predecessor Jimmy Fallon (and, occasionally, Bill Hader as Stefon), Davidson will often be caught laughing on camera. Honestly, we feel for him because it must be hard when Kenan Thompson dresses up as a lobster or Adam Driver sputters like a Bond villain in old man makeup. Ahead, we've gathered the hilarious moments where Davidson totally broke character and made us laugh along with him.