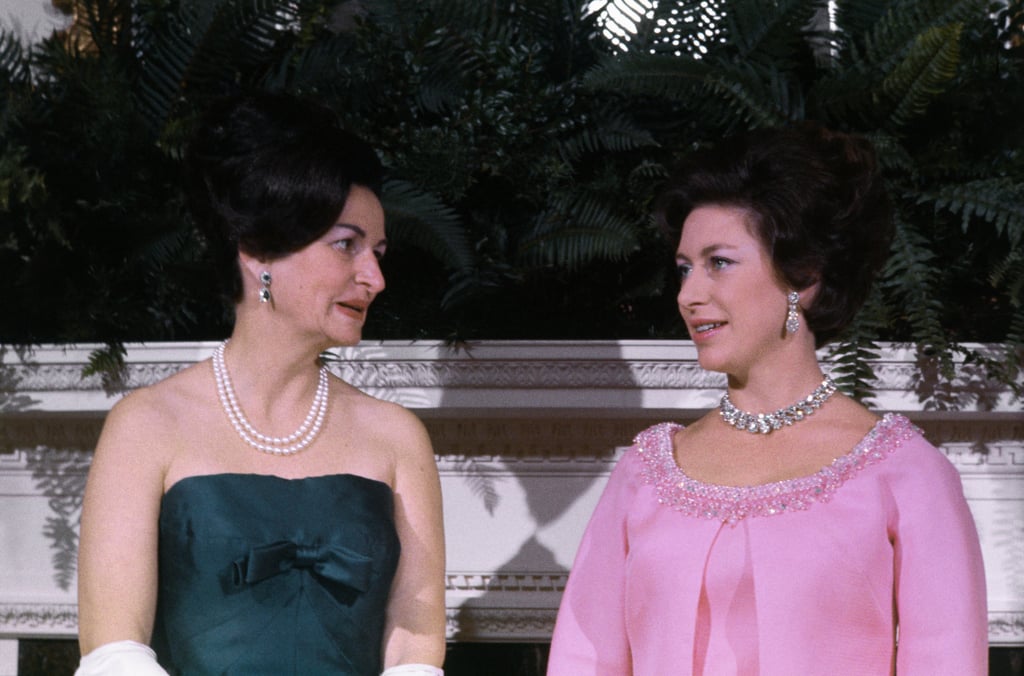 The second episode of The Crown's third season is titled "Margaretology," and with good reason: it shifts the focus to Queen Elizabeth II's flashier, complicated sister, Princess Margaret (now played by Helena Bonham Carter). The princess and her husband, Antony Armstrong-Jones, make a historic visit to the US in 1965, where they visit the White House, meet President Lyndon Johnson and his wife, and tour several cities (in real life, they made stops in San Francisco, Los Angeles, New York City, and Tucson, AZ, in addition to their stop in Washington DC). Just like the onscreen tour meets some snags and controversies, so too did Margaret's real-life tour — but there were some fantastic photo ops along the way! Ahead, check out some of the pictures from Princess Margaret and Lord Snowdon's real tour of the US alongside stills from The Crown's portrayal of the event.

by Yerin Kim 30 minutes ago