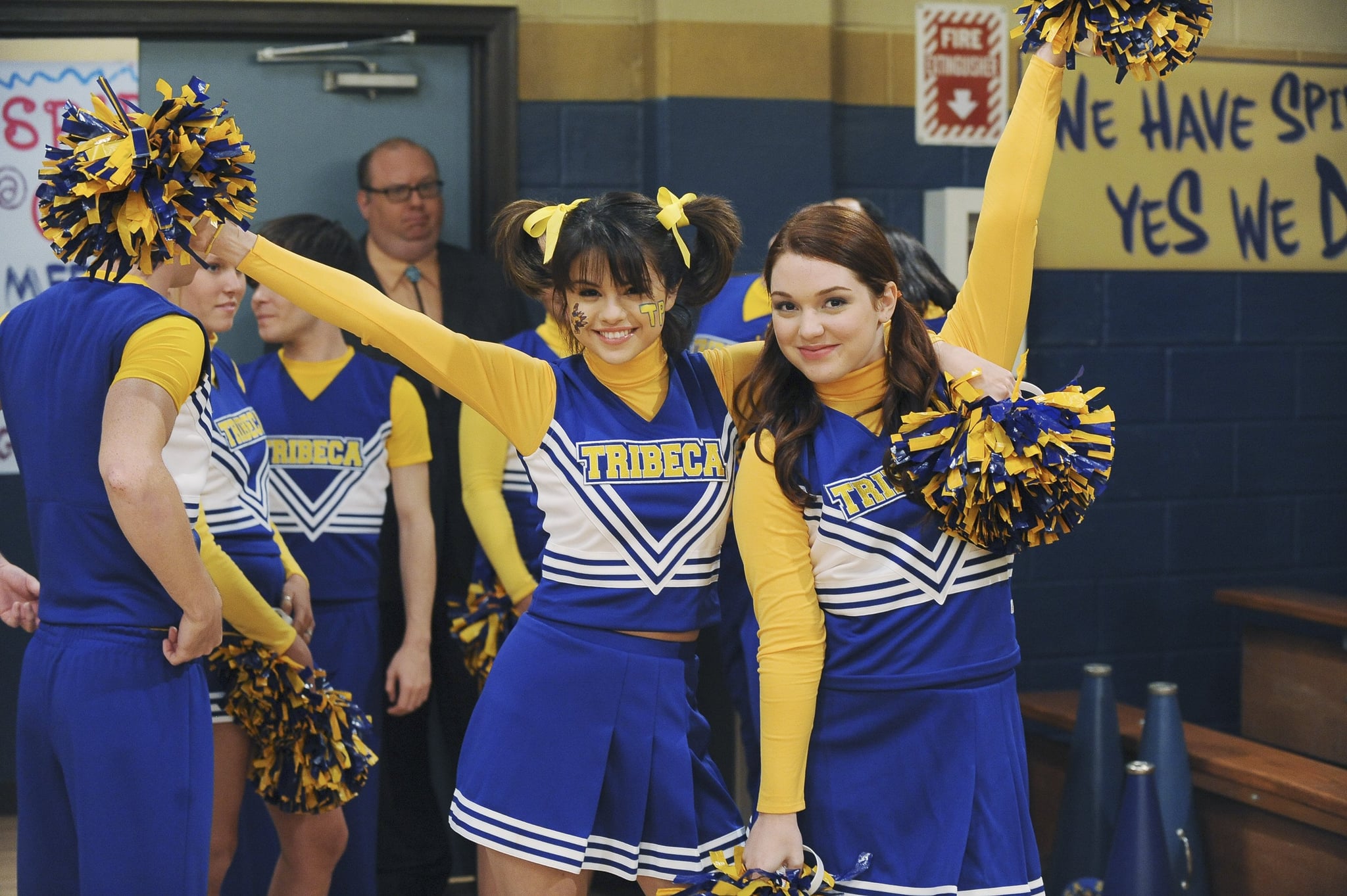 Selena Gomez gave TikTok a subway-sized dose of nostalgia on Sunday when she uploaded a reunion video with her former "Wizards of Waverly Place" costar Jennifer Stone. In the video, Gomez and Stone, drinks in hand, hopped in front of the camera to re-create their iconic "What's That? A Hat?" dance from the show. "We had to . . . " Gomez captioned the post. "Reunited and it feels so good," Stone added on her own TikTok account.

As the longtime friends weave side-by-side and share a playful hip bump, the audio — pulled straight from the show — reminds us exactly what they sounded like when they were in their early teens. "What's that? A hat?" their characters, Alex Russo and Harper Finkle, sing. "A crazy, funky, junky hat! Overslept. Hair's unsightly. Trying to look like Keira Knightley. We've been there. We've done that. We see right through your funky hat."

The catchy song, complete with a signature dance, was a go-to chant for Disney fans after it premiered in the fourth episode of the show's first season in 2009. Alex and Harper first perform the song-and-dance routine when they see another student walking around their school in a hat. They sing it a second time in the episode when they notice a customer at the Russo family's Sub Shop wearing a cowboy hat, and a third time when Alex ends up with a pile of frozen yogurt on her head. The song didn't exactly get the air time that hits like Aly & AJ's "Potential Breakup Song" and Miley Cyrus's "Party in the USA" had in the 2000s, but it nevertheless remains iconic .

Gomez and other cast members, including David Henrie, have openly expressed their excitement about a potential "Wizards of Waverly Place" reboot. While we're no closer to receiving confirmation or details about a spinoff than we were when the show ended in 2012, the cast has gotten together for a magical reunion or two over the years, which gives us hope that the Russo family secret will carry on.

Reminisce about your Disney days and watch Gomez and Stone's full TikTok video ahead.