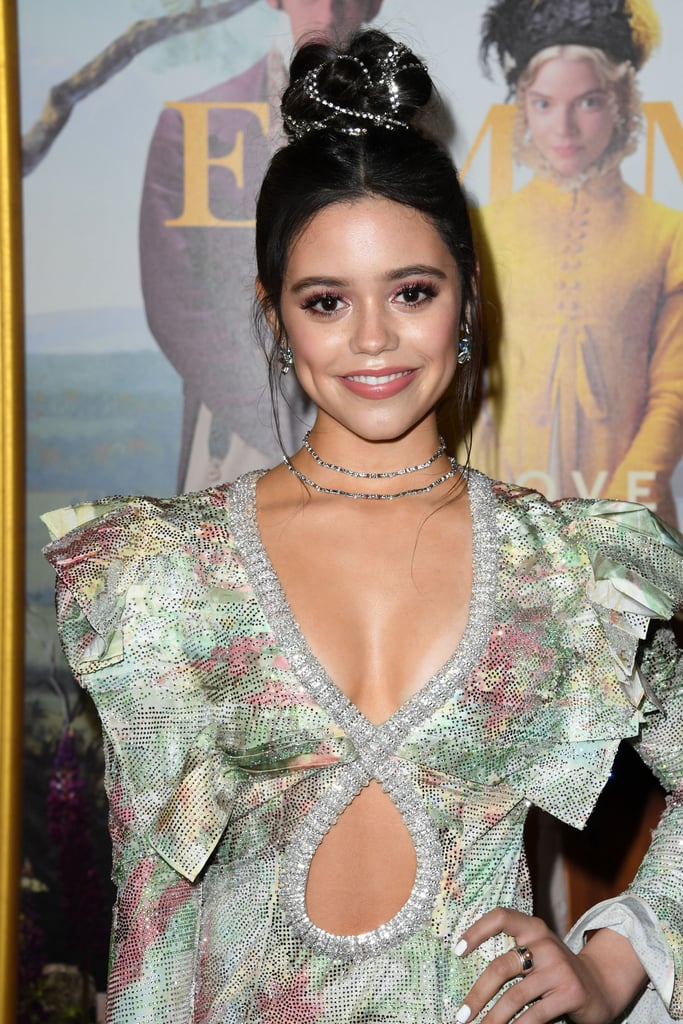 When we first heard in February 2021 that Netflix was partnering with Tim Burton for a new Addams Family series titled "Wednesday," we were thrilled. Then things got even more exciting when we learned that "The Babysitter: Killer Queen"'s Jenna Ortega had been cast in the titular role. Seeing as she's already proven her supernatural chops with the Netflix horror film, she seems like the perfect choice for the deadpan and macabre Wednesday Addams.

Back in September, Netflix announced a handful of new stars had joined the cast. While "Game of Thrones" alum Gwendoline Christie has secured a series regular role, there are a handful of newcomers joining the cast as the rest of the Addams family, including Issac Ordonez as Pugsley Addams, Victor Dorobantu as Thing, and George Burcea as Lurch. Other newly announced cast members include Tommie Earl Jenkins as Mayor Walker, Iman Marson as Lucas Walker, William Houston as Joseph Crackstone, Luyanda Unati Lewis-Nyawo as Deputy Santiago, Oliver Watson as Kent, Calum Ross as Rowan, and Johnna Dias Watson as Divina. And most recently, it was announced the Christina Ricci is returning to the franchise.

The young-adult series is set to follow Wednesday as she studies at the mysterious Nevermore Academy. As if dealing with a new school and emerging psychic abilities isn't already tough, Wednesday also has to save the local town while trying to unravel the mystery her parents became involved in 25 years earlier. Directed by Burton and created by Alfred Gough and Miles Millar, we're eagerly counting down the days until the eight-episode series graces our screens. Until then, you can check out the rest of "Wednesday"'s cast, including who will play the iconic Morticia and Gomez Addams.