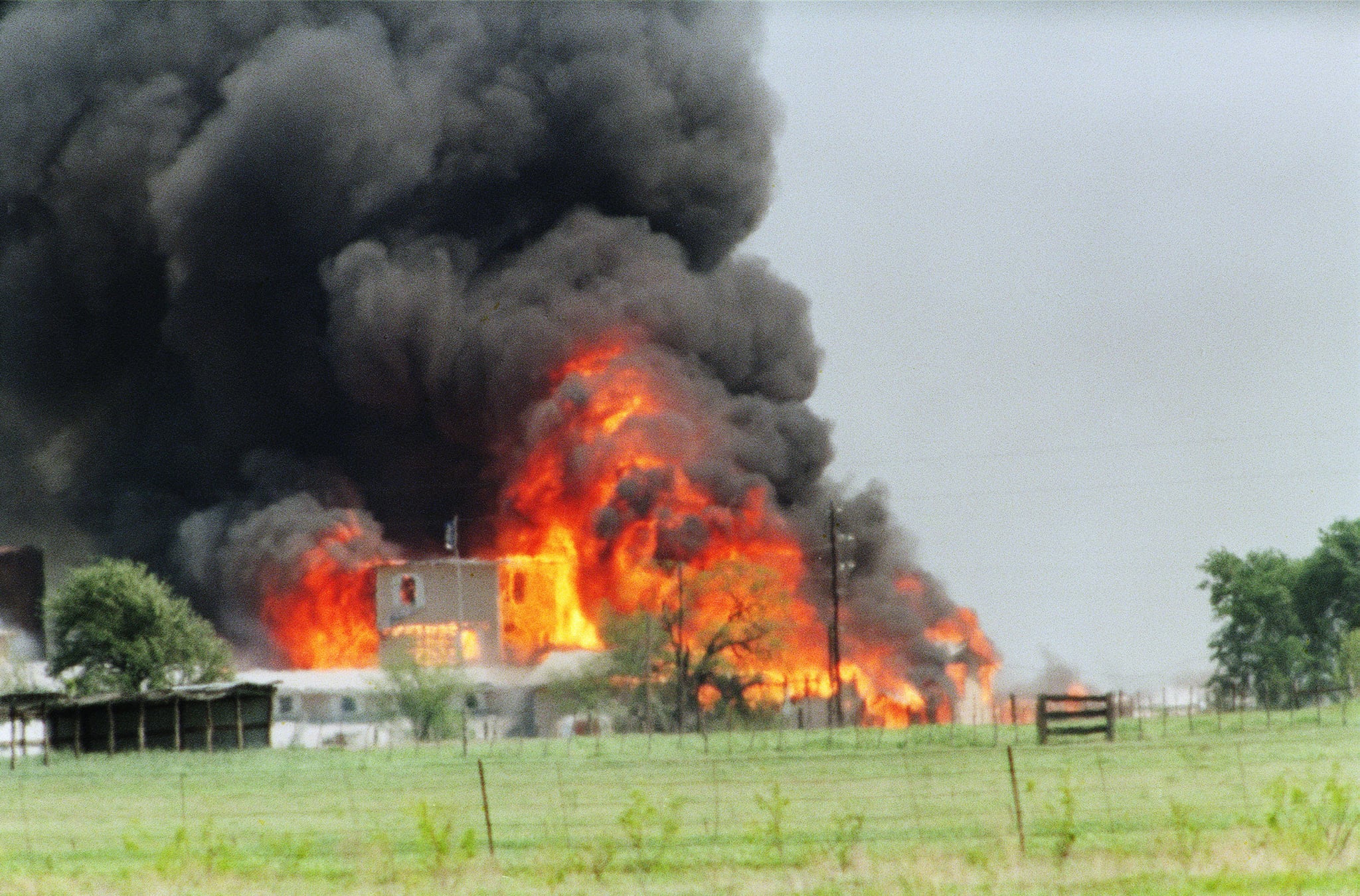 In 1993, the FBI and a religious group known as the Branch Davidians went through a 51-day siege in Waco, TX. The infamous standoff, which is now portrayed in a six-part miniseries, resulted in a mass shootout and a deadly fire that killed nearly 80 people.

The religious group, which was led by David Koresh, believed the apocalypse was coming, but it was Koresh's suspected firearms stash that led to the ATF (Bureau of Alcohol, Tobacco, Firearms, and Explosives) coming to raid the compound where the Branch Davidians lived. What came next was a messy and deadly exchange of fire between authorities and Koresh's people, quickly killing many. From there, the authorities waited outside the house, demanding Koresh surrender.

Over the course of the next several weeks, Koresh allowed some people, primarily children, to leave the house to get to safety. According to ABC News, 35 people, including 21 children, were released early in the standoff. Psychiatrist Bruce Perry was one of the people who took care of the children after they left the compound. He told ABC News, "While we watched them, we learned a lot about the belief system of the Davidians. One of the things that all of these kids had learned to do, even the really young kids, was march and handle a gun."

Related:
Waco: Where Did All of David Koresh's Money Come From?

The standoff continued on for a total of 51 days and even included psyops, a means of psychological warfare in which the FBI blasted music and all means of noise at the house in an effort to keep the Branch Davidians from getting any sleep in the hopes they would then surrender. When Koresh failed to leave the compound — and refused to let any of his own children leave — the FBI stormed the compound with tanks armed with tear gas. The house ended up catching fire, resulting in many deaths. Koresh died, though his death appeared to be from a gunshot wound and not directly tied to the fire. Many of the inhabitants of the house ended up dying from smoke inhalation from the fire.

In the end, of those still in the house when the tear gas started, nine people survived, according to ABC News. Around 80 people died inside the house when it went up in flames. And with the number of people released early in the standoff, only 44 people from the Branch Davidians survived the tragic standoff in Waco.

One of those survivors who escaped the fire is David Thibodeau, who was played by Rory Culkin in the TV series. Thibodeau went on to write A Place Called Waco: A Survivor's Story, which was used as the basis for Waco. He consulted on the show and has been outspoken about his time in Waco with the Branch Davidians, though he's insisted he never actually considered himself to be part of the religion. He continues to spread the message, though, that the group was largely misunderstood, and while with faults, was not what it seemed.

In his book, according to Vox, Thibodeau wrote: "So many of the Davidians have been demonized by the media . . . I felt it my duty to tell the true story of a group of people who were trying to live according to their religious beliefs and the teachings of a man they all considered divinely inspired."

Whether or not the group was misunderstood is still a bit of a mystery, as are the exact details of the Waco siege and what happened inside the house during it all. What we do know, though, is that of around 120 people who were inside Koresh's compound, only 44 survived the standoff.