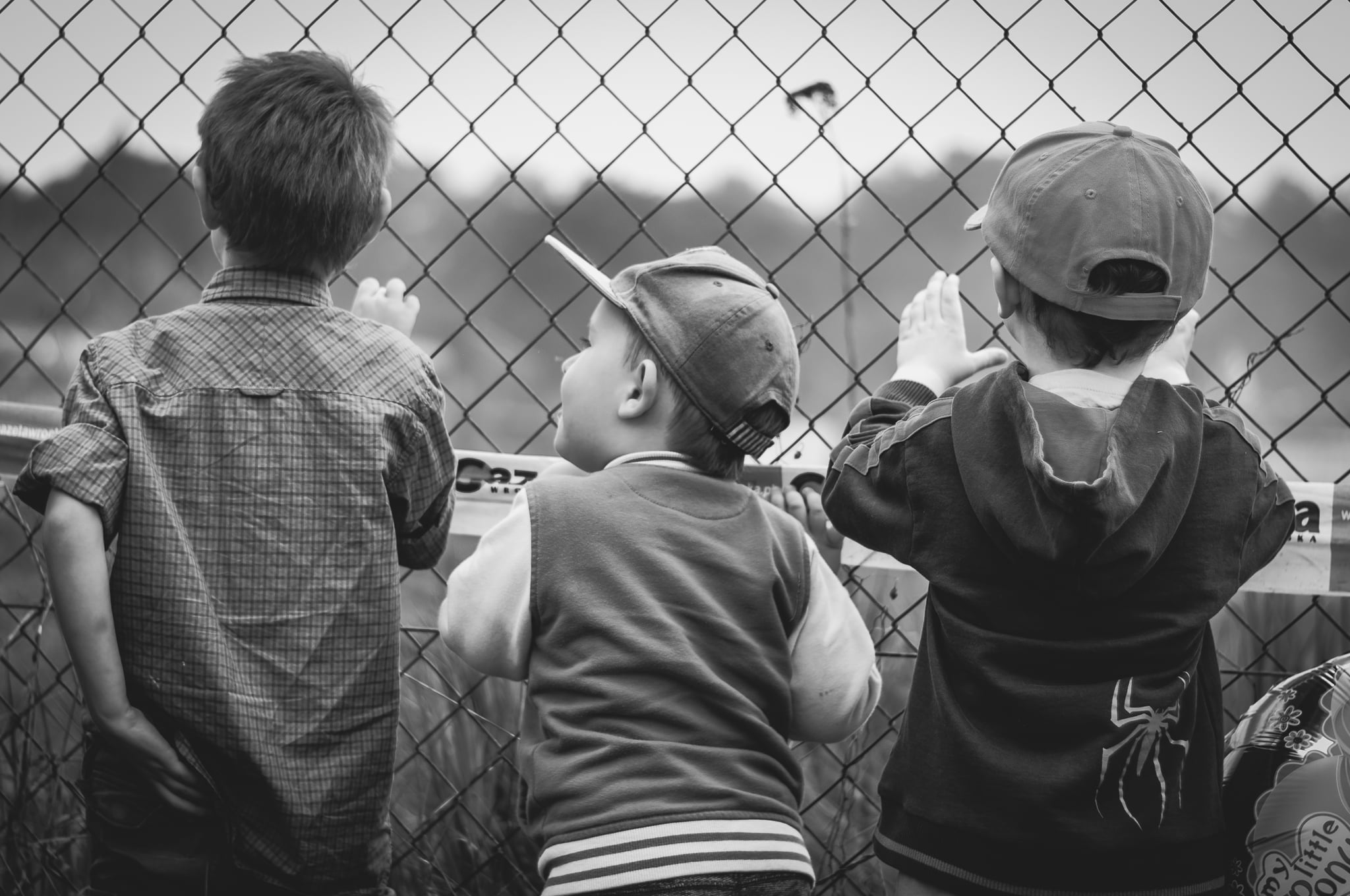 I'm a boy mom. With three sons, my days are filled with Xbox, Minecraft, bugs, and fart jokes. I have wiped blood from walls because innocuous arguments have turned into WWE battles. I have secretly removed treasured leaves and germ-carrying bird feathers from dresser drawers when my boys are at school. There is constantly urine on my toilets, bathroom floors, and probably the walls, too. We should really buy stock in Clorox wipes. Albeit slightly gross, I love every part of this life.

I never knew the sex of my babies before birth. A friend once told me that not knowing is one of the only good surprises in life. I loved that surprise, but strangers didn't seem to. People felt entitled to know who was growing in my uterus, and once they saw one or two of my little boys smiling away in their stroller, they were certain that my newest addition just had to be a girl.

Related:
Want a Boy? Have Sex This Exact Way and You Might Just Get Your Wish

Having a daughter doesn't make my motherhood experience better, it makes it different. I am thrilled she is here, but I wouldn't trade my sons for a hundred girls.

"Oh, I bet you hope it's a girl," they'd say. "Girls are so much fun to dress." "Everyone needs a little girl." The more comments I heard, the more obsessed I became with having a girl. The world had convinced me that I was somehow less of a mother because I had sons. That I was missing out on something special because I didn't have a daughter. By the time I was pregnant with my third baby, every thought I had was about having a girl. I was consumed.

That third delivery room surprise was a big one. I had to have an emergency c-section and awoke to a 10 lb 5 oz bundle of love. He was pink and perfect and he completed our family. But, he wasn't a girl. I felt a pang in my stomach as I announced on social media that I had another boy. So many people had offered exciting hopes that he was a she that I actually felt like I was letting them down. How disgusting is that?

Related:
Dear Firstborn, I Regret Listening to All the Other Moms

And don't get me wrong, I was obsessed with my new baby boy. I adored him. I couldn't wait to introduce him to his brothers and to watch my three sons grow up together. I wore my boy mom title as a badge of honor. I proudly showed off my boys to anyone who wanted to see them. My heart was full.

Three years later, I got the shock of my life the day I saw a fourth set of two pink lines. "Oh my God," I thought. "Here we go again." Not breaking tradition, we decided to keep the sex a secret, and the world hated it. This time it was, "You just couldn't quit until you got that girl, right?" "You were trying for a girl, huh?" Or my favorite, "Aren't you going to be disappointed if it's a boy?" No, idiot, I'll be disappointed if it's a lizard, not another son.

My experience carrying my fourth was totally different. Sure, I thought it would be great to have a girl, but I was perfectly happy with another boy. This baby was a bonus blessing, and no matter who we met in the delivery room, we were going to be happy.

Eight years after delivering my first son, I was in the operating room ready to meet my latest miracle. My husband held my hand and the doctor announced, "Oh my God! It's a girl." That moment was one of joy and astonishment and every wonderful adjective that you can come up with. But, that moment was no more exhilarating than when her three brothers were born. I counted her fingers and toes and stared into her eyes and wept with pure joy just as I had with my three boys. The feelings were all the same. She was the most beautiful girl that I had ever seen, but I did not love her any more than her brothers. My heart just grew a little bigger that day.

That baby girl is now almost two and having her in our lives has absolutely changed things. There is a lot more pink and an obnoxious amount of bows and baby dolls everywhere. She has her ears pierced, her toes painted, and carries a purse. I apologize for none of that. And, I love it! Her touch of femininity nicely compliments the Batman figures, Star Wars posters, and dirty rocks strewn all over the house.

Having a daughter doesn't make my motherhood experience better, it makes it different. I am thrilled she is here, but I wouldn't trade my sons for a hundred girls. Boys get a bad rap. Their clothes aren't dirty, they're just covered with remnants of their epic adventures. Boys aren't loud and crazy, they simply like to live their lives with gusto. And as far as the bathroom is concerned, boys just suck at aiming. But hey, as long as I have three giant hugs and kisses goodnight, I'll keep buying my Clorox wipes at Costco with a blissful smile on my face.