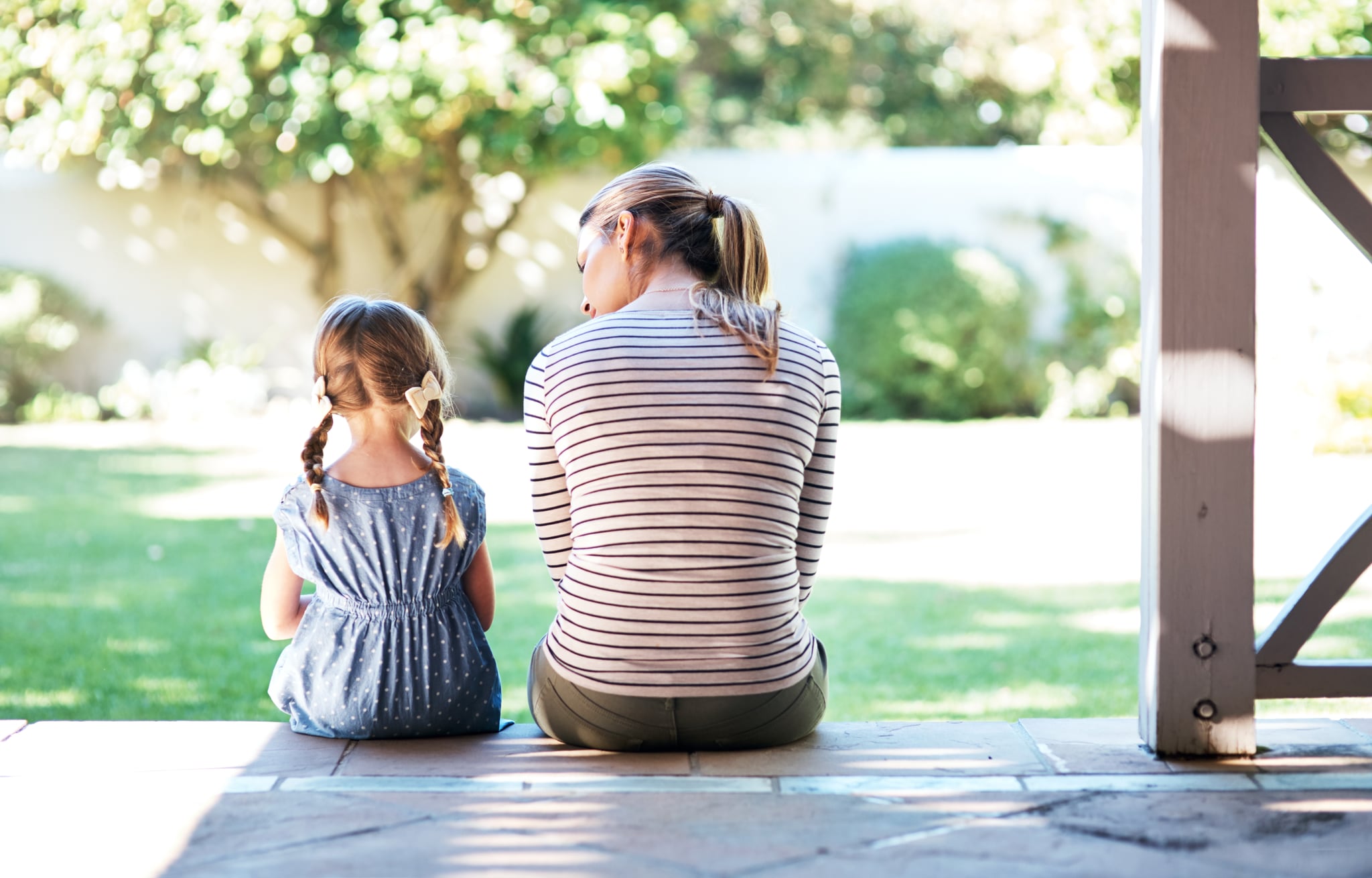 Because of my partner's work, I've been lucky to meet friends from many different backgrounds. Many of those friends have different worldviews than me — from politics and deeply held points of view on LGBTQ+ issues to the growing divide over vaccinations, we are so different. My original way to deal with these sticking points was to avoid them at all costs. (Who wants to argue with a friend all the time?) Yet, I realized that does a disservice to my friendships. When you ignore the largest tenets of your friends' personalities, how well do you actually get to know them? One of my resolutions for this year was to try to speak up more; I wanted to be brave enough to tell my friends when I disagreed with them.

I will always be the first to disclose that it's difficult for me to be faced with opinions that I disagree with. In our house, love is love, we support the right to choose, and we vaccinate. And I admit, having people in my life that don't agree with these beliefs can be very hard for me to wrap my mind around. But I've kept trying, because despite our differences, we always manage to find common ground. I firmly believe that we're all entitled to our own views, and I truly want to be open and respectful to others' viewpoints. But it's very hard to be open-minded when those viewpoints go against overwhelming medical evidence. I definitely do my best to not judge others for their differences in opinion, because who wants the world to be all the same? So in my attempt to be open-minded, I unblocked a lot of people on Facebook that I had previously tried to keep out of my feed because of their drastic views. This brought many opinions I disagreed with to the forefront of my Facebook feed. Luckily, the beauty of social media means you can just keep scrolling. Right?

Related:
My Son Has Immune System Problems, so Please Get Your Kid the Flu Shot

There are 695 documented measles cases in 22 states, according to the CDC — the highest number since measles was eliminated in 2000.

So after seeing all that news, when I came across a story about 18-year-old Ethan Lindenberger defying his anti-vaccine parents and getting vaccinated, I innocently and perhaps naively decided to share it on my personal Facebook page. I was really struck by his decision, but I was not expecting the small battle that erupted in my comment section (although, in hindsight, of course one did).

A large part of the anti-vaccination movement is, quite frankly, upsetting to me — it seems the entire movement preys upon the very real fear parents hold about something terrible happening to their children. This fearmongering and misinformation stems from a completely redacted and debunked study from 1998 by former doctor Andrew Wakefield claiming that the MMR vaccine causes autism. This kind of misinformation is thought to be one of the most pervasive reasons people refuse vaccination. Social media platforms like Facebook, Instagram, and even Pinterest have begun to crack down on the sharing of misinformation when it comes to vaccines. Plus, the World Health Organization states that vaccine hesitancy is one of the top 10 threats to global health for 2019 — also on the list: climate change and HIV.

The CDC phrases the answer to why vaccinate like this: "You don't wear a seatbelt because you expect to be in a serious accident; you wear it because you want to be protected in the unlikely event that you are. If you're never in an accident, the benefit of wearing a seatbelt might be zero. But if you are, the consequences of not wearing it can be very high." In other words, even though your child may never need the protection a vaccine offers, you should vaccinate them so that they have the protection in case they need it.

Related:
Sorry, but No — Your Decision Not to Vaccinate Isn't a Private Matter

Recent news has stirred up lots of conversation — and social media comments. I often read responses from people who see no benefit from others around them being vaccinated. But I never expected to see them coming from a close friend in the comments section of my own Facebook post. Not only did my friend say that vaccines cause seizures and make the immune system fail, that known toxic chemicals are in the shots, and that her children are not protected through "herd immunity" (because she thinks it's fake), she also heavily implied that I was saying I knew how to parent better than she did, and that I shouldn't be concerned for the health and wellness of children besides my own. I was floored. This is someone I used to live next door to, someone my kids and I spent a lot of time with. When we moved away from each other, we kept in touch through Facebook.

Despite all the things we did have in common, we never could have a civil conversation about vaccines. I knew she chose to not vaccinate her children, and I respect her right to do so, even though I disagreed with it fundamentally. I always try to accept different parenting styles, so I was upset that she seemed to think I was judging her by sharing this post. In my post, I applauded Ethan's parents because despite holding these beliefs about vaccines, they obviously raised a very smart child. He was able to take in information that was contrary to everything he had ever heard and form his own opinion. I find that absolutely beautiful. Yes, I shared my personal opinion and somehow that offended her personally — instead of just scrolling through like I did when I read a post I disagreed with, she stopped and commented.

Related:
Do You Need a "Friendship Cleanse"? Here's How to Know When to Say Goodbye

And while before I would have fought harder to get her to understand that I wasn't attacking her or people like her, now I'm just too tired to fight this fight anymore.

I cried when I saw her comment, because the prospect of ending a long friendship is gut wrenching to me. Our family moves a lot, so I don't get to form meaningful relationships very often. There's a lot of small talk with acquaintances, but few real friendships form. And while before I would have fought harder to get her to understand that I wasn't attacking her or people like her, now I'm just too tired to fight this fight anymore. Trying to have an even-keeled conversation over these types of hot-button issues just doesn't work — the strong emotions tied to believing you're in the right are too close to the surface. The majority of people are very passionate about their beliefs, and being challenged over those is a recipe for an argument. I'm quitting; this is an argument I'm done having.

At some point in our adult lives, we do have to make big decisions about the type of people we want to keep around. Breaking up with a friend can, quite often, be just as painful as breaking up with a significant other. In romantic relationships, you're allowed to walk away when you have opposing views on fundamental issues or no longer have anything in common. No one will blame you! Yet when you try to walk away from a friendship for those very same reasons, there's a fair amount of shame and judgment. The choice to unfriend her on social media and leave this friendship behind was purely to save my own mental health. There is just nothing healthy or helpful in constantly walking on eggshells around someone!

Now that it's done, I'd be lying if I didn't share that I think about her and her kids a lot. Because while I may have walked away from this friendship, I haven't been able to walk away from my love for her.

Vaccinations
Each State Has Different Vaccine Perks, and This Website Tells You Them All
by Haley Lyndes 17 hours ago