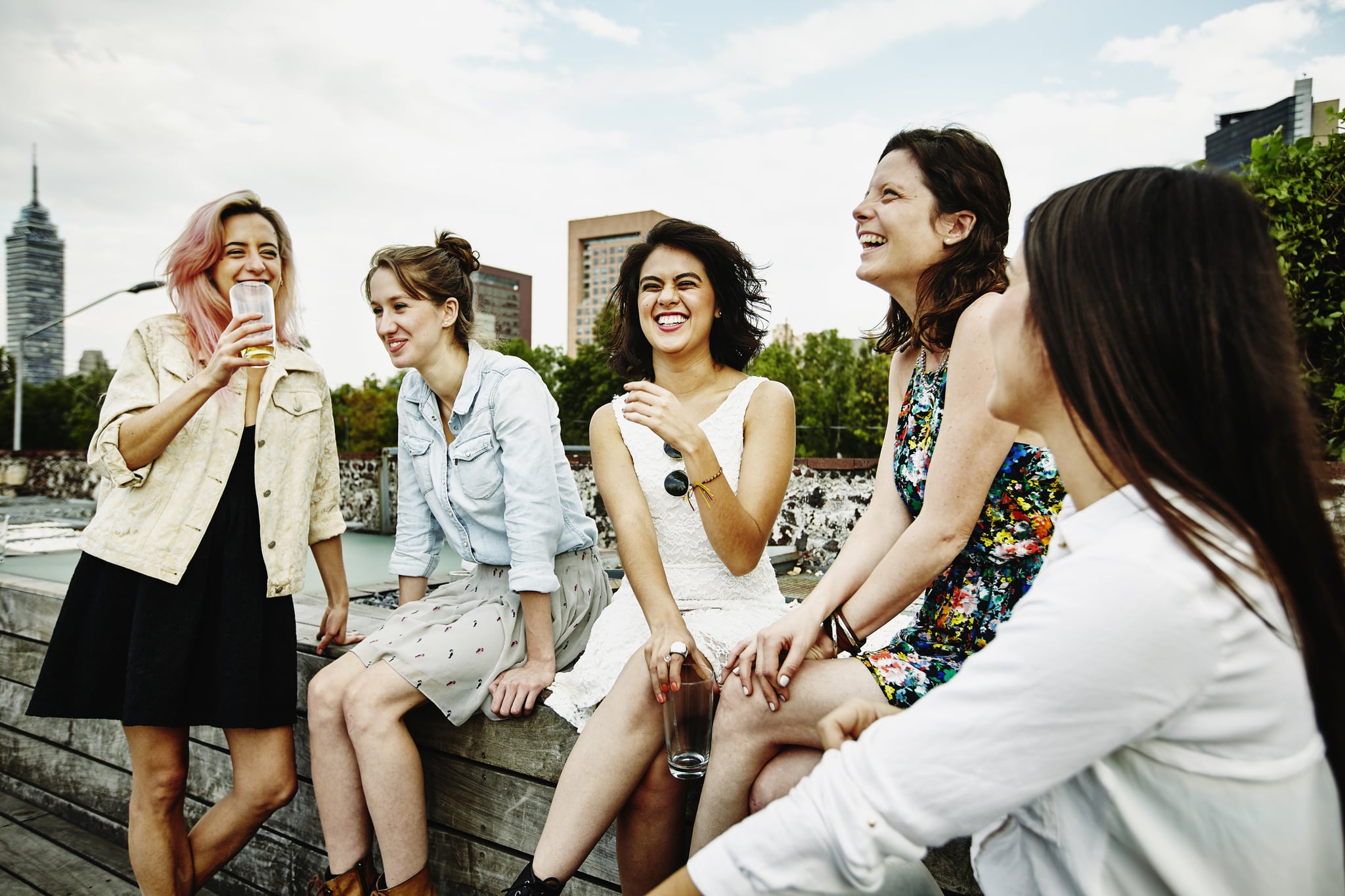 We didn't talk about issues in my family growing up. We sidestepped problems, ignoring frustrations until they grew bigger and bigger and an explosion finally aired it all out. In our home, there was always some tension boiling beneath the surface, some fight building to the point of no return. But dealing with those conflicts before the explosion took place just wasn't how things were done.

Every few months, that tension would boil over. There would be yelling and screaming the worst things we could think to say at each other. There would be recounting every slight and instance of hurt feelings, sometimes dating back years. There would be words thrown like knives and tears used as weapons. And then, when it was over, there would be silence, sometimes for days on end. Maneuvering around each other as though the other didn't exist, until one or both gave in and started pretending like nothing had ever happened at all. There would never be a calm discussion about what had taken place. Once it was over, it was considered done — until the next explosion, that is.

That was how I learned to fight. It was how I entered adulthood, as someone with a very real fear of confrontation, fairly prone to passive aggressiveness. It wasn't until my 30s that this began to change. My friend group, made up mostly of women who had grown up in families far more healthy than my own, started to call me on my bullsh*t. On my passive-aggressive jabs, my over-the-top emails when hurt, and my unwillingness to ever really just deal with the issues at hand.

The first time I was called out, I legitimately thought all my friendships were over. I was sure that was how this must work — sure that my inability to communicate the way they did would leave me on the outs. When I expressed that, one of my best friends laughed at me. "No, Leah," she said. "We love you and you're stuck with us. But the way you express hurt feelings has got to change."

It was a lightbulb moment for me, one that sent me back into therapy to work on my dysfunctional communication style. But also one that taught me a very important lesson I hadn't learned before: that there were people in my life who would love me without leaving. People who were willing to work with me toward something better, never throwing their hands up and deciding I just wasn't worth the effort.

In the years that followed, I worked extremely hard to practice approaching confrontation in a healthy way, even with (perhaps especially with) the people I loved most. I took deep breaths and had rational face-to-face conversations. I explained when my feelings were hurt and why. And I tried really hard to put an end to all my passive-aggressive snipping. With nearly every person in my life, this change in my communication style proved to be beneficial. I had a million amazing conversations that I had been afraid to have; conversations that made my relationships better, stronger, more whole because of my willingness to take the hard step of addressing issues head on.

But the one time I attempted to do the same with a family member, the exact opposite occurred. I was accused of being cold and calculating because my voice was measured and I didn't allow my emotions to seep through. I was told I was being cruel, unfair, and unfeeling because I was addressing a problem from a clear frame of mind, rather than at my breaking point. And instead of resolving anything, I was hung up on by someone I had been trying to improve my relationship with.

That was when I realized I can do all the work in the world on myself but I can't force anyone else to change or grow alongside me, no matter how much I wish they would. But by that point, I was past throwing myself a pity party. The way I'd grown up, the lessons I'd never learned; it was just a piece of my story. And I remained thankful for the friendships that filled in the holes I'd been left with from my youth.

It was through those same friendships that I witnessed what a healthy romantic relationship should look like for really the first time in my life. I'd grown up around toxic relationships that never seemed based in anything I'd actually want. But my friend group had managed to find healthy partners to build healthy partnerships with. And in watching them, I began to believe that maybe I could perhaps one day find the same. I was given concrete examples of what that might actually look like, and what I should be looking for.

I've had to learn lessons in my 30s that I'm realizing most people from healthy backgrounds learn in childhood. But I've soaked up those opportunities, forever thankful for the women who have shown me patience and a kind of selfless love, in taking the time to help me recognize, and repair, some of my own maladaptive social strategies.

I'm behind the curve in a lot of ways, but I'm catching up — which isn't something I think everyone with backgrounds similar to my own always has the chance to do. So for that, and for the women who have helped to teach me the lessons my family never did, I remain forever thankful.

Friendship
Friend Breakups Are Common. How Come No One Talks About Them?
by Andi Breitowich 6 days ago