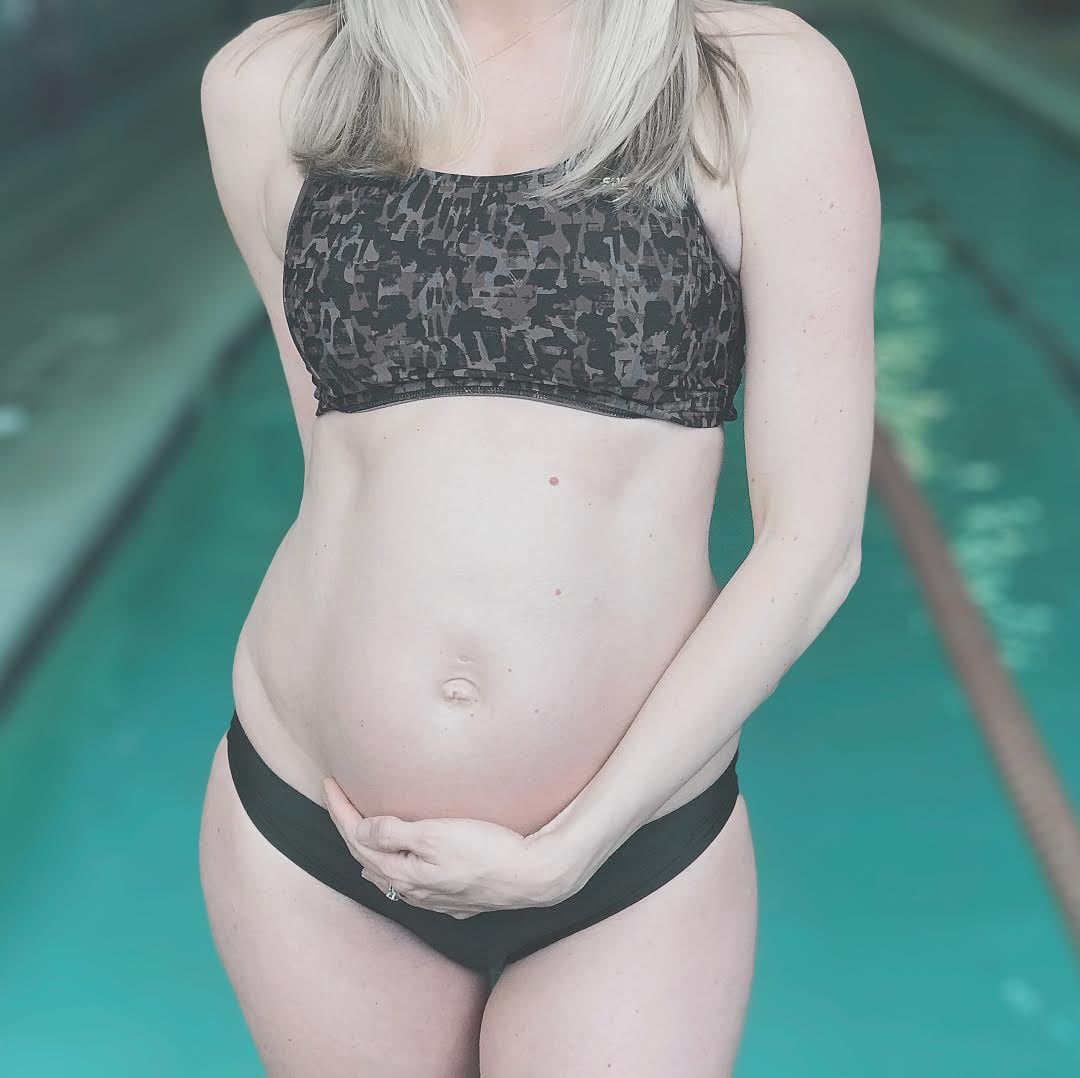 I, like so many other mamas out there, had grand plans for my first pregnancy. One large part of that plan was to remain in great shape. But you know what they say about making grand plans? God laughs, gives you a baby, and that baby changes everything.

I had always known pregnancy would slow me down, but I didn't anticipate needing to adjust my entire routine. I've been an avid gym-goer for years. I love HIIT style workouts and lifting heavy weights. And during the past five years or so, the gym has become a sort of therapy for me — a place where I can let go of everything else going on around me and just be with myself. So when our plans for starting a family began to take shape, I decided to follow fit moms on social media, telling myself that if they could do it, so could I. These women were crushing kick-boxing classes, CrossFit sessions, and SoulCycle rides without issue. Based on what I was seeing, it seemed completely possible to continue my fitness routine throughout my entire pregnancy. I was actually excited about it.

Related:
These Everyday Moms Will Inspire You With Their Post-Pregnancy Weight-Loss Advice

I grew fairly depressed after exhausting all of my gym options to no avail. I had read how important remaining fit would be for both me and the baby, so I had to do something.

My husband and I were lucky enough to get pregnant fairly easily, and the baby began to grow perfectly positioned atop my static nerve. This is what I, along with a small team of doctors, believed to be the issue. Without the ability to X-ray my hip area, we were unsure if there could be more to my hip pain story. All I know is I began to feel a lot of pain doing things that had always felt great doing before the baby came into the picture. Even simple tasks like walking to and from the copy machine at work, or reaching to the floor to pick something up, became unbearable. To say I was frustrated is an enormous understatement. I tried switching from running to cycling. This helped for a few weeks, then the pain came back. I tried lifting lighter weights, but was quickly forced to forgo weights altogether. This only frustrated me further. I used the elliptical, the rower, resistance bands, you name it. Nothing seemed to help, but I refused to give up on myself (and my baby for that matter).

I grew fairly depressed after exhausting all of my gym options to no avail. I had read how important remaining fit would be for both me and the baby, so I had to do something. In my final desperation, I scoured the internet for the best pregnancy workouts, and came across one about swimming. I nearly smacked myself in the forehead for not thinking of it sooner. I was a Summer league swimmer from the time I was 4 years old until I turned 18, and shortly after that became the teams' coach. Swimming for exercise hadn't been on my radar in years, and all the fit moms on Instagram were hitting it hard in the gym, so it never occurred to me.

Then I got into the pool, and the rest, they say, is history.

Related:
This "Amazing" Post-It Note Above a Scale Should Be Required Reading For All New Moms

My hips immediately began feeling better. The feeling of weightlessness in the pool was like heaven, and the therapeutic nature of swimming filled a void I had been missing for weeks. I had finally found the thing that worked. Not only did I feel better while I was swimming, but my hips continued to be pain-free when walking around outside of the pool as well.

Whether you're frustrated with the aches and pains associated with your changing body, or are looking for something low-impact to get your body moving during pregnancy, swimming could be your saving grace. A typical pool workout for me consists of 70 to 100 laps of full stroke, kick, or arm drills. However, you don't have to be an advanced swimmer to get in the pool. A nice starting point for beginners would be to do five sets of 10 laps of freestyle (front crawl). This will get your blood pumping, give you freedom from your baby weight for a little while, and best of all, give you some prebaby alone time. It's a full-body workout and a great source of cardio, which can keep both mommy and baby happy.

Are there days I still miss my weights? Yes. I still get frustrated sometimes at the idea of not being the picture-perfect fit mom I thought I'd be. What I am learning, though, is that motherhood is not about being perfect. It's about doing what is best for yourself and your baby, and that's the kind of slowing down I'm completely at peace with.