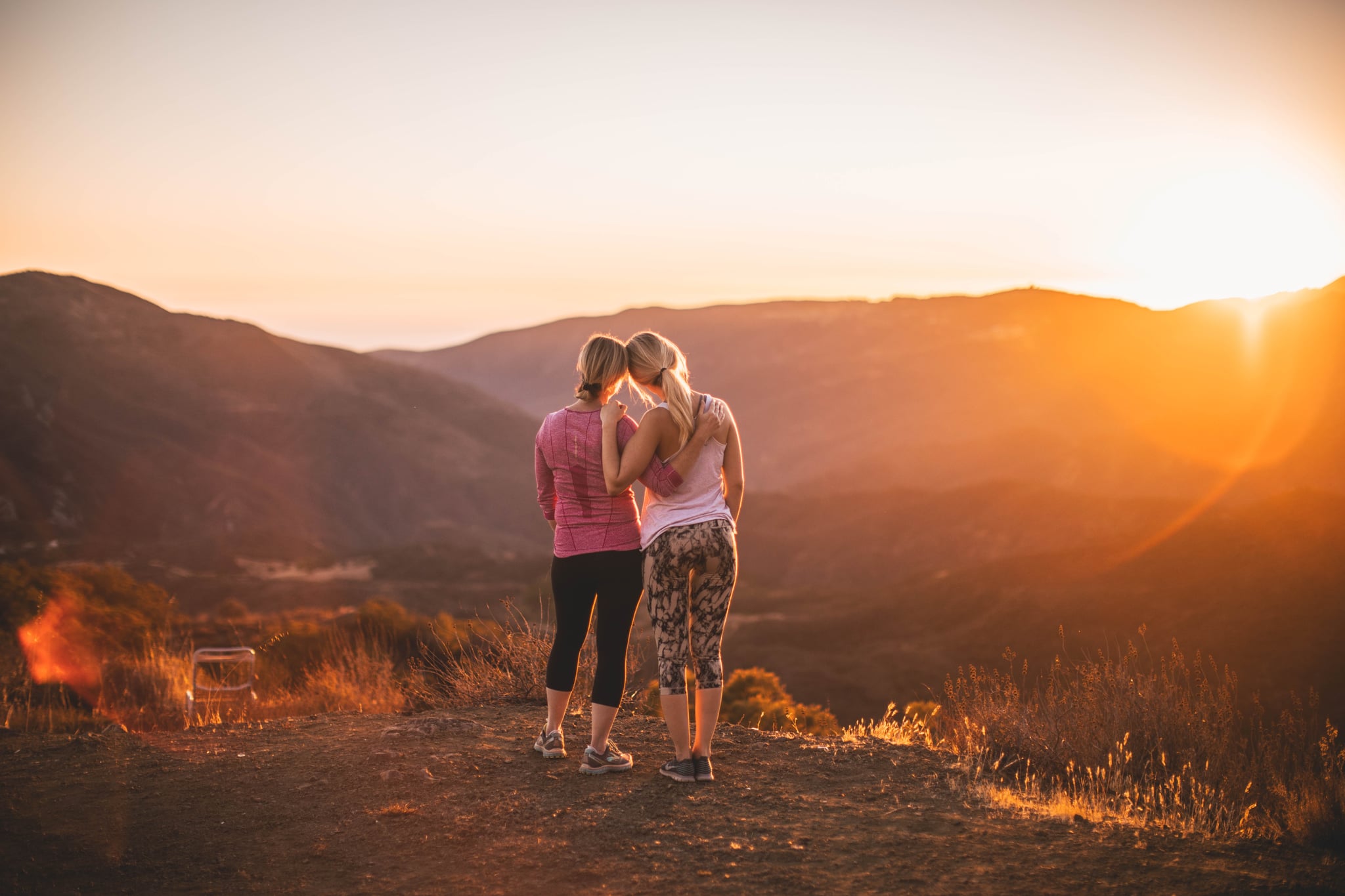 My hairbrush came flying down the stairs, barely missing my head as I dodged it.

"I knew you took it!" I yelled at my sister as she slammed the door to her room.

I was home between college semesters. My sister was 15 and bursting with eyerolls and sarcasm. She had just returned from a week-long Summer dance camp with the high school dance team, sporting my old uniform and the "I don't care" attitude I no doubt modeled for her during my teenage years.

She stole my brush, stashing it away in her duffel bag and leaving me with an old comb to work out my tangles in her absence. I confronted her about it when she got home, but she swiftly denied my accusations, getting more angry with every prod. As I scooped up my brush from the bottom of the stairs, I couldn't even revel in the fact that I had been right. I was too angry. It wasn't necessarily that she had taken something of mine — that was just a mild annoyance — but that she had lied about it repeatedly. Lying to each other just isn't something my sister and I do.

Related:
Why I Need My Big Brother, Even as an Adult

Our relationship isn't easy to explain or define. She is simply my person. The one human on the planet I can truly say anything to and not doubt her love for me the next day. It could be because we are six years apart with a brother between us — enough distance to have our own lives and sets of friends, but close enough in age to share a childhood together. She was my baby doll and she clung to me like glue, following me around, imitating my mannerisms, and pursuing my interests. Me, the older sister looking out for her and teaching her about the world, all the while flattered that this little person seemed to think I was pretty special.

She was 12 years old when I went away to college, and I missed a lot while I was gone. During Thanksgiving break of her sophomore year of high school, our brother came to me and told me he thought she was gay. I laughed, "No way," I told him, but I asked her about it anyway. She laughed, "No way," she told me, and I believed her because my sister and I tell each other the truth.

Two years later during Christmas break of her senior year she called me into her room, tears streaming down her face, and told me she was in love with a girl. I hugged her and told her it didn't matter to me, that she was brave, that I was proud of her, and that I would support her no matter what. She wasn't ready for the world to know yet, and asked that I keep it a secret. I promised her I would, and I meant it, because my sister and I don't lie to each other.

The only problem was it came out of me like word vomit. In my processing of the situation, I broke her trust and I talked about her coming out to me over and over. She found out, of course, and yelled at me in the biggest, loudest eruption of anger I'd ever seen from her — the kind of anger that can only come from deep hurt. I wished in that moment I had been a better sister to her, putting aside my selfish needs and letting her tell her story on her terms. She had every right to yell at me. I wished she had thrown hairbrushes at me instead.

Later that evening she showed me far more grace than I deserved and forgave me with a hug and my favorite kind of chat — the ones in which you lose track of time, only to realize in the wee hours of the morning that you have been talking for hours. That's how it is with my sister. Time stands still, laughter comes easily, anger doesn't fester long, and the truth comes out eventually.

I feel safe when we are together. Safe enough that I don't have to lie the way I do with other people, always trying to show a side of me that's better, more impressive, and shinier than the rest of me. She sees me and she knows me, with all my flaws and my tendency toward word vomit, and the way I make promises I intend to keep, but then fall short on. We are each other's people, exposing our truest, most vulnerable selves and loving each other fiercely no matter what.