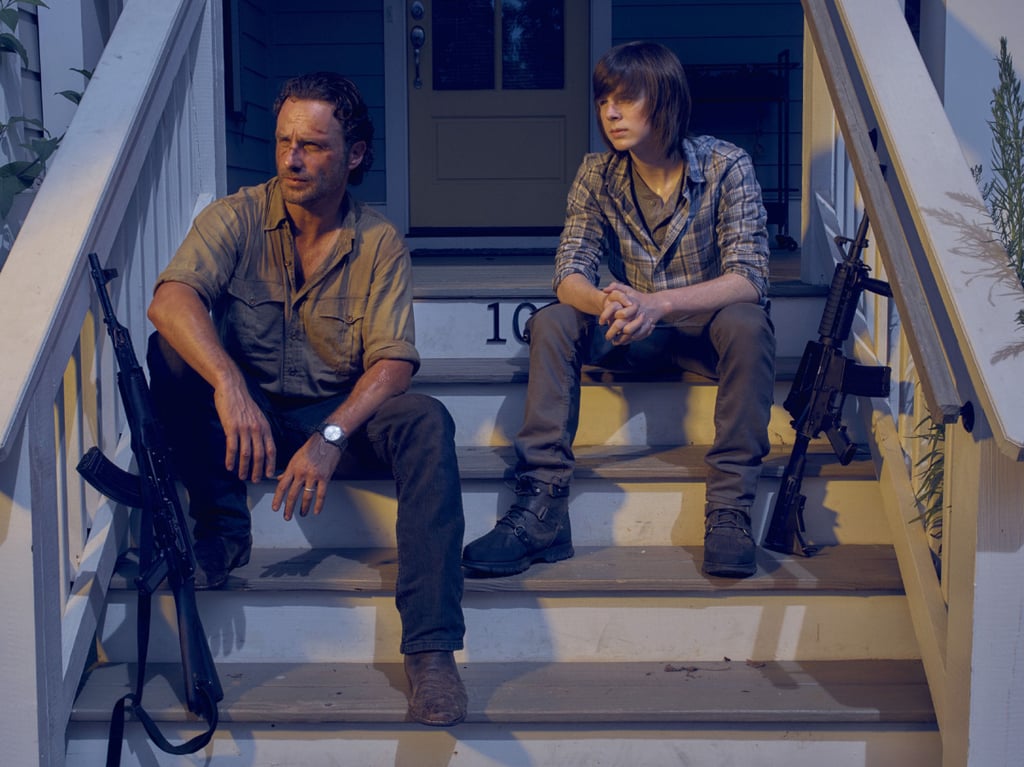 He Squeezes In Quality Time With His Kids Whenever He Can

Rick Grimes is the definition of a hero in The Walking Dead. He's one of the few characters who's managed to stay alive (despite many close calls) for all seven seasons. Plus, he's been able to keep Carl and his baby Judith safe, which is saying a lot given how much went down in the last season. So it's no surprise that if anyone should get a standing ovation in the dad department, it's Rick Grimes, who's played by Andrew Lincoln.

Looking for proof? Here's a roundup of some of his best parenting moments post-zombie apocalypse. The eighth season of The Walking Dead premieres on AMC Oct. 22.

Previous Next Start Slideshow
The Walking DeadFatherhoodParentingTV
Around The Web

Family Life
As the Mom of a Blended Family, I Love Seeing Families Like Mine in the White House
by Rachel Sobel 1 hour ago