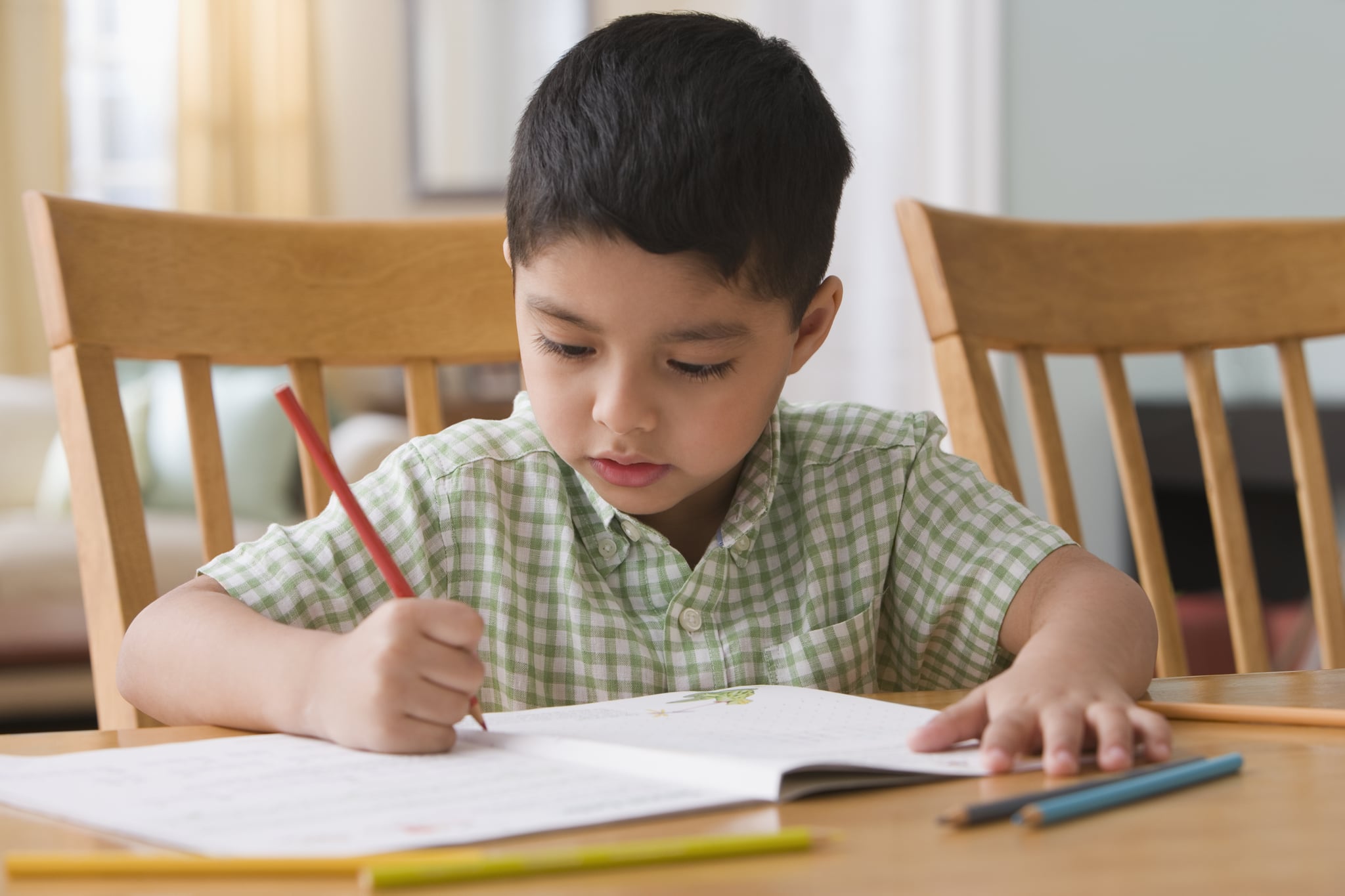 Real talk: getting kids to do homework can be a real chore — for the parents. Today, kids seem to be getting more homework starting at a much younger age, which means getting them to actually sit down and do it requires a nightly battle of wills. This was my second grader's first year of regular homework . . . and he was not a fan. I'd nag him to do it, he'd whine and put off, and on and on we went till he was tearfully filling out worksheets and I was exhausted.

After too many nights like this, I picked up Jessica Lahey's book The Gift of Failure which emphasizes the importance of placing ownership onto the child. I realized I wasn't doing that with my son. To him, it likely felt like I was the one in control. I'd nag him about when and where he needed to do his homework — usually right after school (when he's pooped out) and at the kitchen counter (where he likely felt hovered over by me). But Lahey stresses the importance of autonomy; if they fail, that's on them. Eventually they'll learn. She uses this idea for chores, conflicts, grades, and more. So, I put the idea to the test with my son and his dreaded homework.

One day after school, I told my son, "OK. Instead of me bugging you, you're going to come up with a homework plan. It'll be up to you when and where you do it." He grumbled. "Hey," I said. "It's better than Mom nagging you every day, right?" He shrugged his shoulders: "True. I'll give it a shot."

His plan: that he would wait to do his homework in the morning and still sit at the kitchen counter where he could also eat his breakfast. I was reluctant to go along with his plan because it felt like he was just putting his homework off, but I kept my mouth shut. I knew he would have to be the one in control. The first morning came, and to my surprise, he waltzed out of his bedroom fully dressed for school and climbed right up on the kitchen counter. He opened his folder and started his math problems, without a peep. My mouth dropped open. I plopped a bagel and fruit in front of him and he just went to town scribbling on his worksheet.

Honestly, I was waiting for the novelty of this to wear off, but it hasn't. And looking back, it makes sense. Just like most kids, my son was exhausted after school and didn't even want to think about homework once he got home. He just wanted to be a kid. In the mornings, he's fresh and rested. There are plenty of adults (like me) who perform better in the morning, so it makes total sense that kids would, too. Plus, it seems like doing homework in the morning helps get him mentally prepared for school. And he always (OK, almost always) gives himself enough time to get his homework all done — even leaving a little time to play with his Legos.

The best part about me backing off with my son's homework is how our relationship has improved. Before, I was a badgerer, and how awful that must have felt for my son. But now, I'm treating him a little more like a growing human with the power to manage his own life. I'm leaving him alone to make mistakes because I finally remembered that failure is just a part of life. And it's how we bounce back from those mistakes that make us who we become as adults. Sure, my son will need my guidance along the way . . . he's only 7 after all! But he's learning how to manage his time and take ownership for his actions. In the meantime, if he fails a few times, I'll still be there to help him get back up.