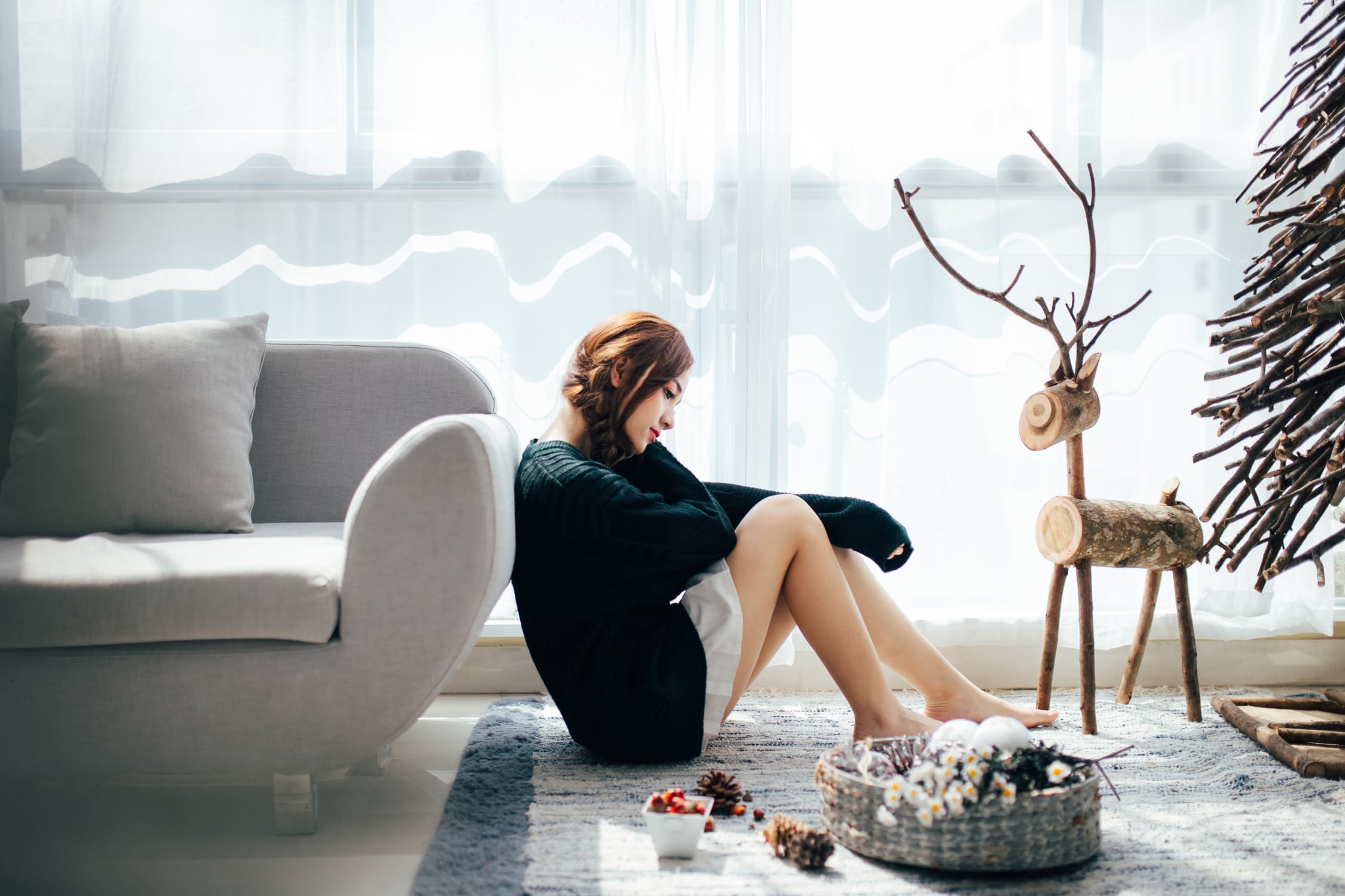 While most people are probably booking flights home for the holidays, planning their Thanksgiving menu over the phone with their mom (or not), or excited about the prospect of reuniting with their cousins, I am doing none of these things. Typically, my family's Thanksgivings are small — as in there-are-literally-five-of-us small. Ever since we moved away, it has always just been myself, my mother, my stepfather, my little sister, and my grandma, who mostly just eats all of the cranberry sauce and then does the dishes for two hours (I promise we try to help, she just really likes to do them). But considering my parents moved 12 hours away a few months ago and I don't have the time to embark on a cross-country road trip, I will be participating in an inaugural Friendsgiving instead with all of my fellow lonesome 20-somethings.

The truth is, I barely remember what large family holiday gatherings are like. The maternal side of my family still lives eight hours away, and as one of the youngest grandchildren, I was the last to gain any sort of autonomy over where I can go and when. Many of my cousins have moved away or started their own families. With so many of us in so many places, it's often too difficult to get together. But while it makes me a little sad, this situation isn't out of the ordinary for modern families, especially with how many people opt to spend the holidays traveling instead. The real heartaches lie with my biological father's side of the family.

Related:
My Siblings and I Don't Get Along — but It's Taught Me to Love Myself

It is difficult to pinpoint when things began to fall apart with my father. He and my mother divorced when I was a toddler, and most of my strongest memories of him involve watching his life slowly spiral. He broke up with his long-term, no-nonsense girlfriend who kept him in line (and who, ironically, I still speak to) and picked up some unhealthy behaviors. The last time we saw each other was three years ago. He asked about my love life, which I told him nothing about, and then he drove me back to my aunt's house. Although it was a short visit, it was saturated in the same melancholic, guilty tinge that underscores every conversation I've ever had with my father. I think history will continue to repeat itself when it comes to our fractured relationship.

Coming to the decision to cut my father out of my life took nearly a decade. Every year, I continued to make excuses for him and his behavior. I only truly stopped when I began college and noticed how little we really kept in touch. My mother and stepfather called me weekly, and even when I was drowning in schoolwork, they took the time to let me know I was on their mind. Meanwhile, I had to accept that my father was not my father in the way I wanted. Rather, my stepfather is the one I truly admire, the person I take after the most in my personality, and the parent whom I lean on when I need someone to rope me out of my own head. My father is not that person. He never was. And that is OK.

Related:
This Is What Celebrating the Holidays Is Like After You Lose Your Extended Family

As my relationship with my father grew more distant, the rest of his side of the family seemed to follow suit, though not necessarily for the same reasons. In 2004, my grandfather, the rock of the family, passed away, and holidays were never the same. Conflicts in the family that he usually helped mediate turned into bitter grudges, and the vibrant web that netted us together splintered and fell apart. We moved three states away. We lost touch with our extended family. I grew up in a different place with different opportunities and grew into a different person because of them. Years passed, and the world kept spinning.

Cutting someone I considered to be toxic was, for me, a cleansing activity — but only eventually. There was a lot of hard emotional work I needed to do in the process. The thing that carried me through it was depending on those who I know would always love and support me. In my case, I was lucky to have two parents who did just that, but I also spent a lot of my time with friends, talking through my experiences, listening to theirs, and relishing in the fact that as my adult life was beginning, I was creating my own memories and meeting people who would be more than just my friends: they were my second family. My chosen family. The same family that I will be spending this holiday season with. And even if they don't bake pumpkin pie half as good as my mother's, their company is just as meaningful and deserving of my gratitude.