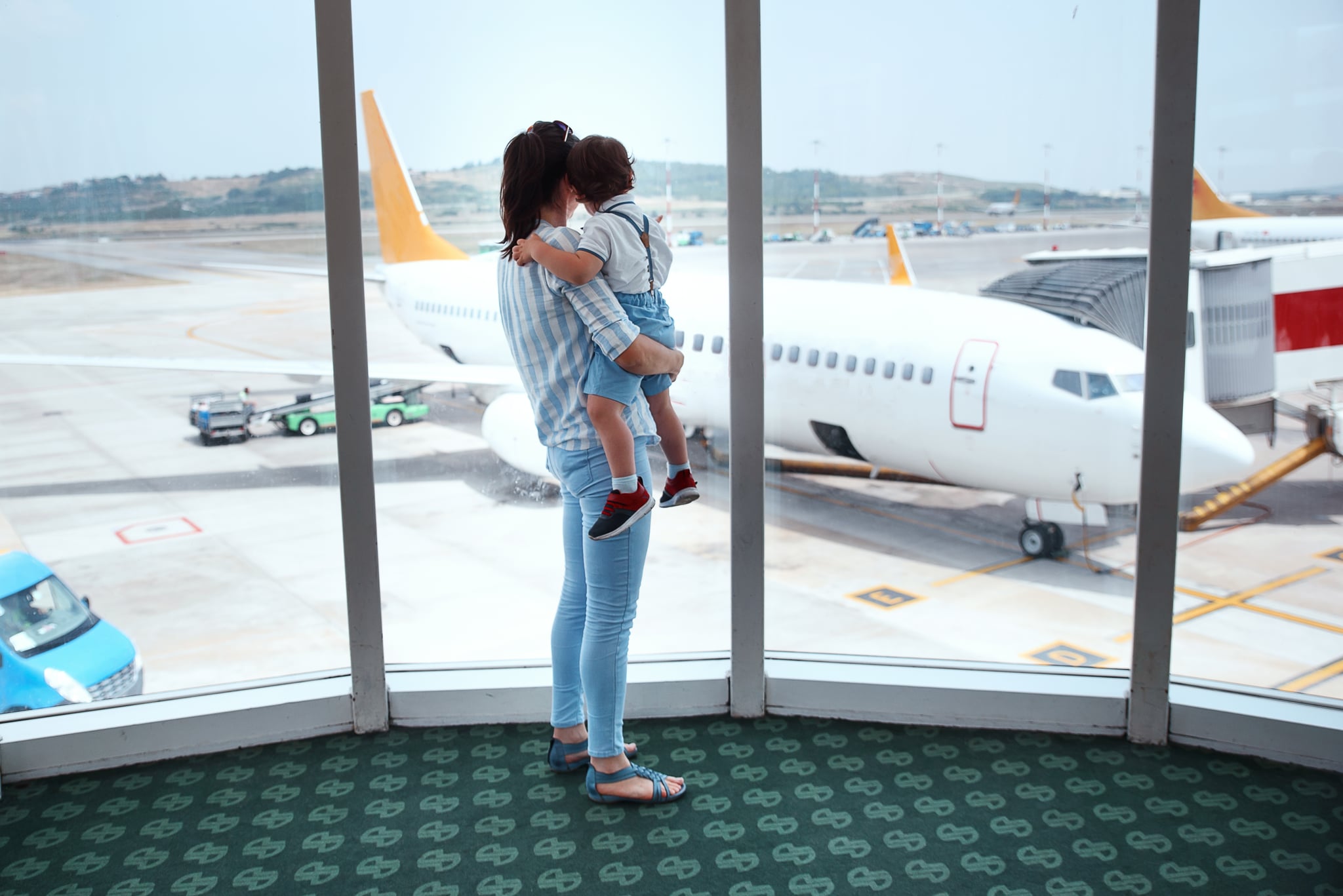 I recently took a whirlwind trip to Los Angeles for a taping of The Kelly Clarkson Show. I am a huge fan of hers and was so excited to be in the audience of Kelly's newly debuted talk show. I don't really enjoy leaving my kids (a 4-year-old and an 8-month-old) to travel, in large part because I am still breastfeeding our youngest, so I planned for this to be a quick trip.

Aside from the emotional aspect of being away from my little ones, it's physically uncomfortable to be away from my son for too long because my boobs get full. As a stay-at-home mom, I've never had to pump and store milk on a daily basis, but when I miss a feeding session, I need to pump in order to stay comfortable. I also pump when I'm away from him to quiet the nagging voice in the back of my mind warning me that my supply will disappear if I don't. (Even though as a second-time nursing mother, I know that is highly unlikely for me.)

So in prep for my short trip, I packed my manageable handheld pump instead of lugging around my electric monstrosity. I knew I would probably be OK if I didn't pump as many times as I nursed throughout the day, but I knew I would likely get uncomfortable around bedtime and morning wakeup, so I planned to pump as close to those times as possible with our travel schedule. Morning was fine because we would be in the hotel already, but bedtime fell exactly during both of our flights. I figured I'd pump on the plane, with my mom helping to shield me from other passengers.

Related:
New Stats Reveal How Few Moms Exclusively Breastfeed — Why Is No One Talking About This?

But upon check-in, we learned we weren't sitting together. I didn't mind whipping out my boobs while sitting next to my mom on the flight, but doing that next to a random stranger? No thanks. When we inquired with the gate agent about swapping seats and explained my situation, she said there were no seats available — but I was welcome to pump in the bathroom or we could ask someone to switch seats. Pump in an airplane bathroom? I was taken aback. Airplane bathrooms are cramped, uncomfortable, and known to be extremely dirty. Upset, I went back to my seat in the waiting area to come up with Plan B.

I managed because I had to and knew this wasn't a situation I would be in again in the foreseeable future. But again, my heart broke for the mothers who'd have to use this room on a regular basis.

A few minutes later, the same gate attendant came over and offered to show me to the airport's provided Mamava Lactation Room. While I think it's wonderful that there was a dedicated lactation space in the airport, I didn't need to pump until about an hour into our flight, so I declined. I'm thankful she thought to tell me about it (I didn't even know the Mamava Pod existed in the airport), but I knew pumping three hours early wouldn't stop me from becoming uncomfortable. I was glad to know there was a place I could go on our trip home, and especially glad that other breastfeeding mothers had an accommodation — I was spending so much time and energy sorting this out for one short trip, I can't imagine the struggle of mothers who travel regularly.

Luckily, my mom and I found a kind passenger who was willing to switch seats, so I sat in the window seat with my mom next to me and was able to discretely pump. I was too nervous to ask for ice to keep the milk cold on the flight because my first experience with the gate attendant had made me self-conscious of revealing my situation. It's hard enough to advocate for myself as a breastfeeding mother, but I wasn't confident about approaching the flight attendants who already seemed annoyed when I asked to purchase earbuds.

Pumping in the hotel room was fine, so I felt a bit more at ease during that part of our trip. But on the way home, I once again encountered the dispiriting reality that breastfeeding mothers get very little support for nursing or pumping comfortably while traveling. This time, I planned to pump before the flight, just to avoid the issues I faced last time. I was in a very popular and highly traveled airport, so I figured there would be suitable options for a private place to pump, even another Mamava Pod.

But I was disappointed: I pushed open a heavy, dented metal door to a small, fluorescent-lit room with dingy tile floors and stark white walls with scuff marks all over. The only piece of furniture in the room was a low, semipadded bench next to a sink with a mirror and an empty paper towel dispenser. It was the kind of room that even if it were tended to throughout the day was far from feeling clean. I wanted to run away screaming rather than sit down and pump for 20 minutes. But I sat on the bench, pulled out my pump, and thought about how thrilled I was that this was a one-time thing for me. I was so thankful to have my mom to keep me company in that isolated and uncomfortable room. I ended my pumping session quicker than I really needed to because I was over being in there. I managed because I had to and knew this wasn't a situation I would be in again in the foreseeable future. But again, my heart broke for the mothers who'd have to use this room on a regular basis.

As I pumped, all I could think of was what this room should be. Most parents know the struggle of being away from their kids; this room did nothing to assuage that. While it may seem insignificant to some, I know that the physical comfort of a nursing/pumping room is important for my emotional and mental health as a breastfeeding mother. I would feel more supported, more understood, more heard, and more validated if places like this were given a little more attention. But I'm tired of being ashamed of having higher expectations, and I'm ready to speak up — because basic accommodations are the least I can advocate for.