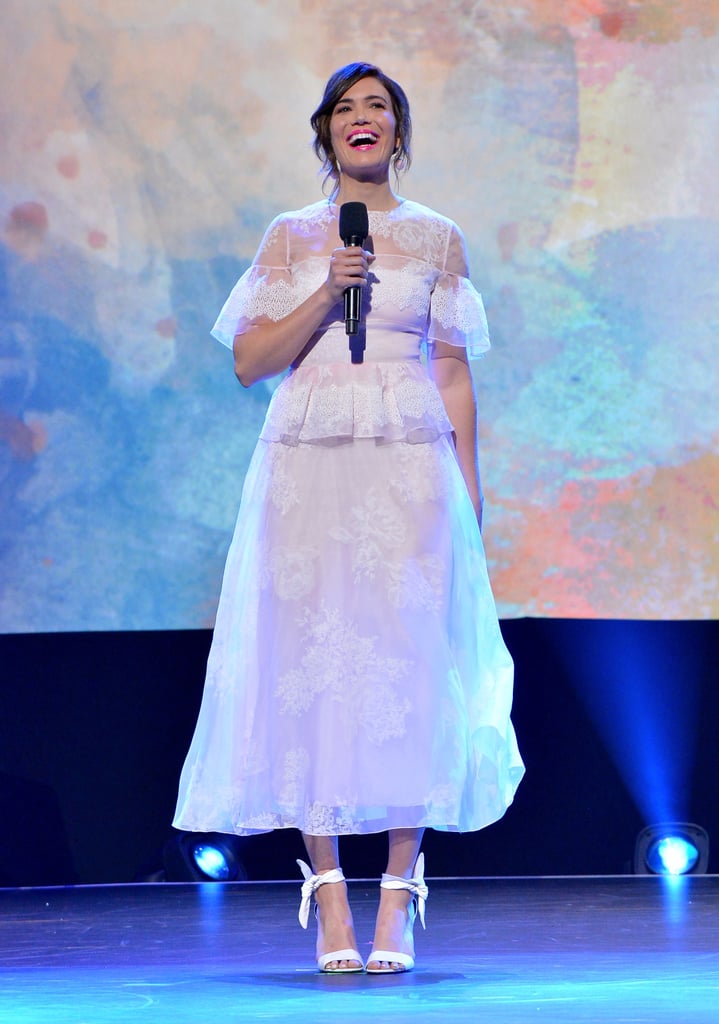 Mandy Moore's Wedding Dress Will Make Your Jaw Drop, That's For Sure

Mandy Moore, who announced her upcoming nuptials to Taylor Goldsmith in September 2017, then subsequently revealed a fabulously pretty engagement ring, will definitely make a chic bride. The This Is Us star consistently shows up in red carpet wins, regularly wearing designers like Carolina Herrera and Lela Rose, both of which offer gorgeous wedding gowns.

But Mandy revealed to People that her dress will definitely not be "stereotypical," describing the look she's going for but still hasn't found as "a little bit more non-traditional. I think the whole day will sort of feel a little bit more non-traditional, so the dress will sort of follow suit. I kind of want to feel like the best version of myself."

Well, we did a little backtracking on Mandy's looks and discovered that she just might favor something trendy — fancy sleeves, high-shine sequins, and midlength silhouettes, to be exact. Read on to see our predictions for Mandy, assuming she doesn't take a tip from her character Rebecca Pearson's bridal style. Only time will tell . . . 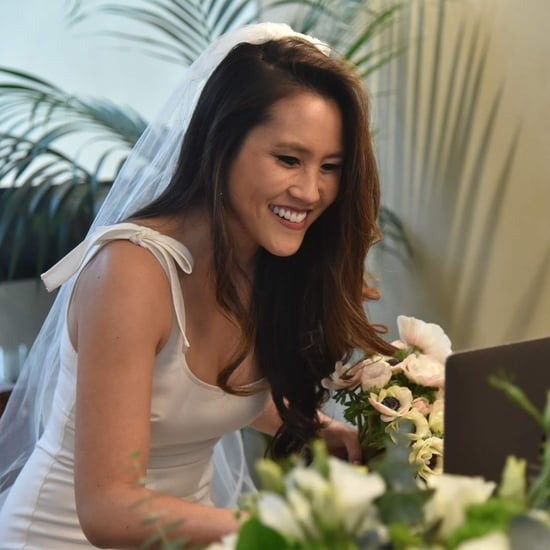 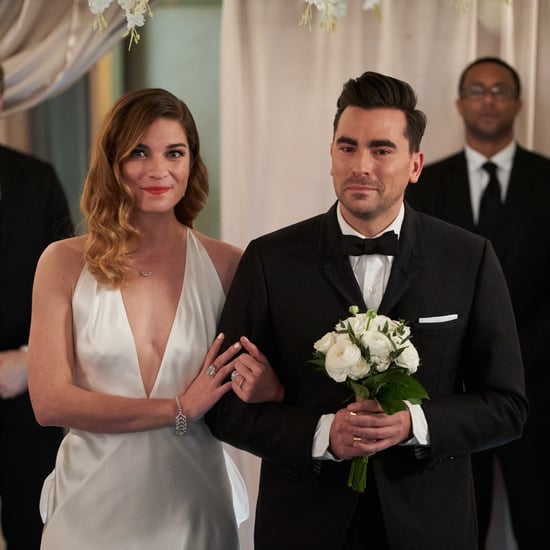 Catherine O'Hara
Schitt's Creek: The Outfits at David and Patrick's Wedding Deserve Your Undivided Attention
by Victoria Messina 8 hours ago