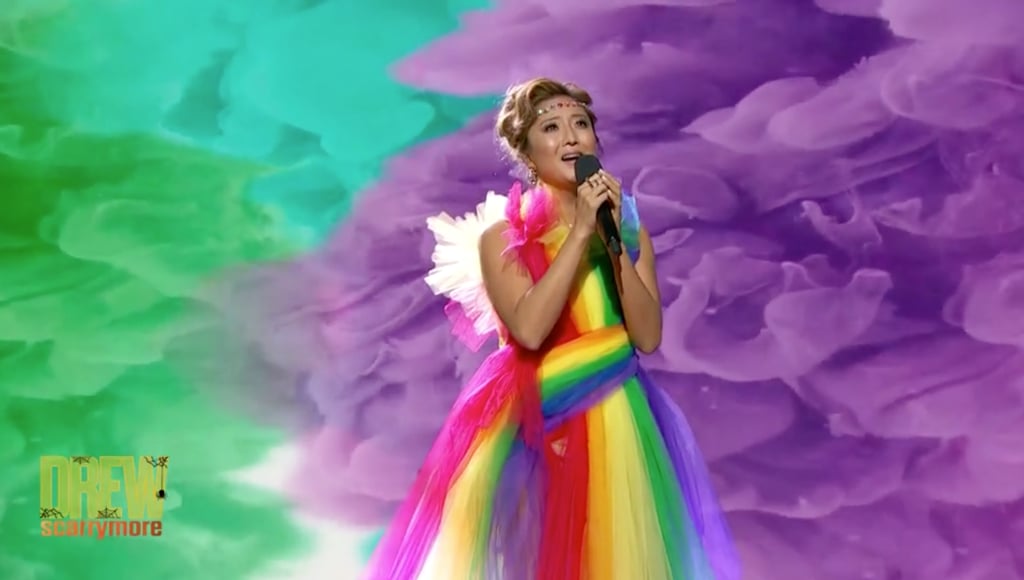 Ashley Park decided to wow us all in a gorgeous rainbow dress on The Drew Barrymore Show. After watching Emily in Paris, a lot people wondered if Ashley, who plays Mindy Chen on the show, actually sings IRL. The answer is yes, she most certainly does, and her voice is incredible. (Her breakout role was playing Tuptim in The King and I in 2015, but she is best known for originating the role of Gretchen Wieners in Mean Girls!)

On the show, Ashley gave a moving performance of the classic song "Over The Rainbow" wearing the most appropriate gown for the occasion. The actress wore a stunning rainbow gown by Christian Siriano that looked like it was created just for this special moment. The gown was made out of multicolored tulle pieces that formed a rainbow. The pops of green, yellow, purple, and red all made for a truly show-stopping moment. We love those ruffle shoulder accents as well! Ashley kept her hair up in a bun, so as not to draw attention away from her gown. Keep reading to get a closer look at the beautiful dress. Then, watch the entire video of Ashley singing "Over The Rainbow" too.

by Shelcy Joseph 12 minutes ago