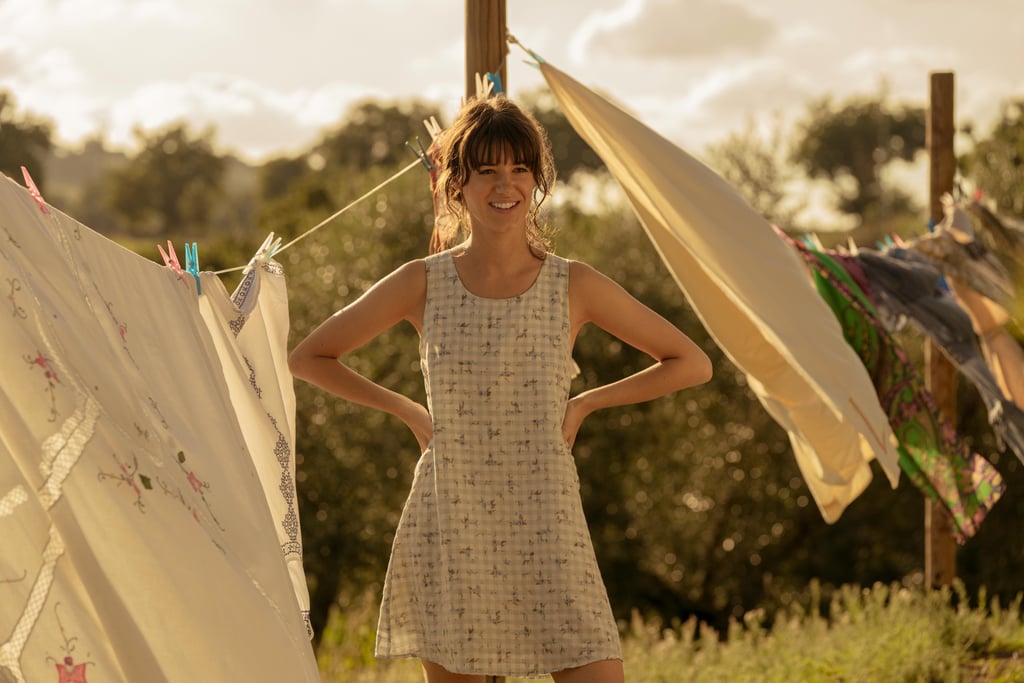 There are pieces of Hulu's Normal People that will stick with you long after the show ends: Marianne and Connell's tumultuous love story, of course, but also the romantic soundtrack, the picturesque setting, and yes, the style. As someone who recently canceled summer plans abroad, my eyes zeroed in on every piece of Marianne's wardrobe during her holiday in Italy.

When Connell reunites with Marianne (played by Daisy Edgar-Jones) over their summer break, she's wearing a simple gingham shift dress with a floral design. Light, airy dresses, denim skirts, and sleeveless tops aren't earth-shattering fashion choices, but as I spend multiple days in the same sweatshirts and leggings, I feel nostalgic for the joy of packing a bag with carefully chosen items. Obviously, there are more pressing issues right now than the Madewell dress I ordered in February, but I allowed myself a little bit of envy (and a lot of aspiration) when I saw Marianne at her Trieste home for the first time. My summer may not look like Marianne's, but damn, my wardrobe still can.

Marianne's easy and carefree summer style — courtesy of costume designer Lorna Marie Mugan — reminds me of the things I can control as my own plans get upended. I don't need a getaway to wear my favorite linen dress. I can easily make excuses to trade my sneakers for sandals on my walks around the neighborhood. My suitcase may remain empty for the foreseeable future, but I can still find excuses to dress like I'm summering in Italy — even if I'm just soaking up the sun through my fifth-story apartment window.