Endless crunches, countless sit-ups, and way too much time spent in plank. At first, all these ab exercises may show quick progress, but if you're looking for the workout to end bland core training, we've got your back (and your core).

Whether you have 10 minutes on your break or a few extra minutes during the commercials of your favorite show, we have the ab circuit for you. This workout is accessible anywhere, and it's downright effective. You'll target your core in ways you didn't know were possible. To put together this workout, we sought out YouFit Health Club's national director of fitness, Raphael Konforti.

"Most people think of core training as a bunch of different variations of crunches and leg raises, but there's so much more to core training," Raphael explained. "There's nothing wrong with crunches, but there are more holistic exercises that tone your core. Plank variations strengthen your core and have been shown to activate your core muscles more than traditional crunch moves." According to the expert, adding small movements to planks, where you normally stay still, adds another layer of effectiveness, which is exactly what this workout does.

Related:
7 Days of Workouts That Will Have You Fit and Fabulous This Holiday Season

This three-move ab workout will take you less than 10 minutes, but you'll feel it working well past that. Raphael broke down for us exactly why these exercises work and how to do them. Raphael recommends performing all three of these moves continuously in a circuit, resting only as needed.

You've done more planks than you can count, but this version is different. According to Raphael, "Most elbow planks train stability, but the plank is already a stable position, so there's a pretty short ceiling with traditional planks. The Bird Dog Plank adds movement which creates instability. Whenever the core has to stabilize, it has to work harder — and that means a better contraction." 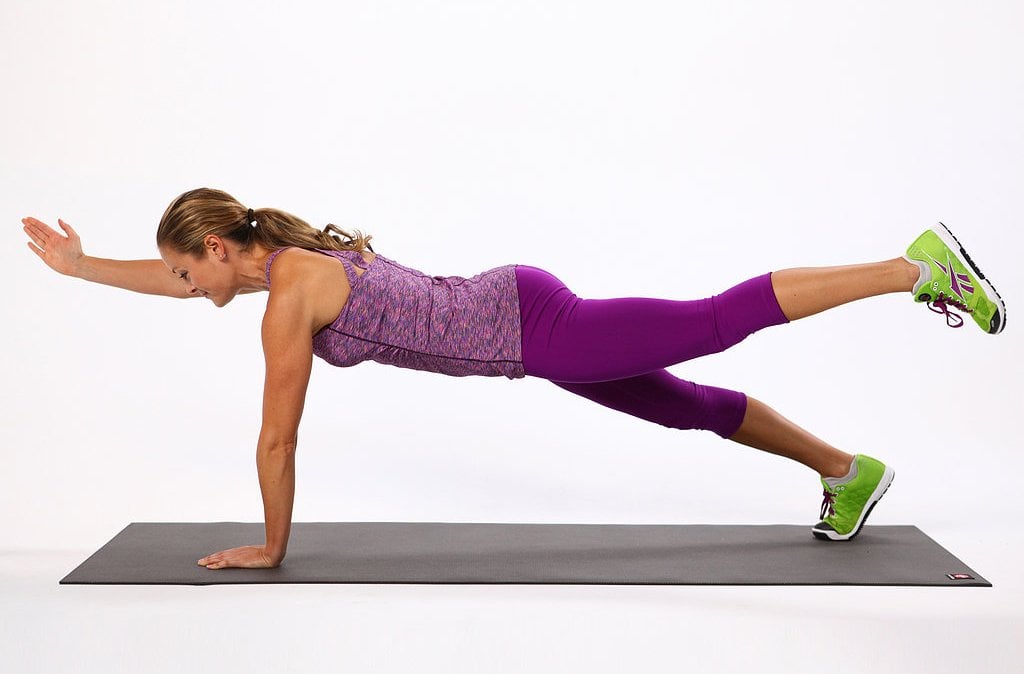 The first few reps will be tough to balance, but you'll quickly build up stability. Once you feel comfortable, lift your hands and feet higher and even add in an elbow-to-hand crunch. Complete this exercise for three sets of 45 seconds, alternating sides.

Related:
Doing This Exercise For Just 3 Minutes a Day Will Put You on the Road to Tighter Abs

We know we said fewer crunches, but hold on a second. "The outer ab muscles get trained by two different movements: bringing the shoulders towards the hips and bringing the knees towards the hips. If you're going to do a crunch, you should try to get the most out of it by combining these moves into one super crunch," Raphael said. 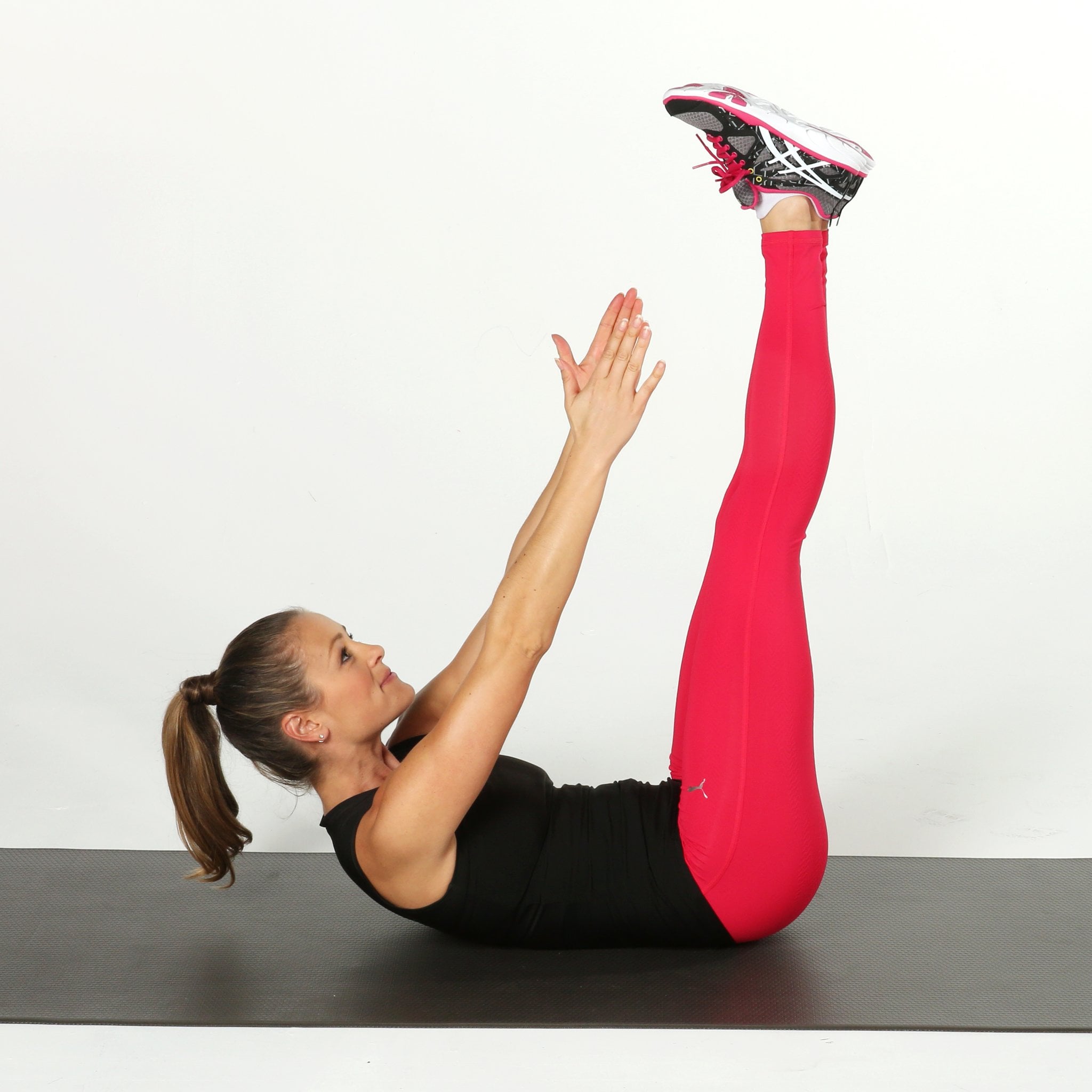 For an extra challenge, hold a light two- or three-pound weight in your hands and between your feet. Also try adding a two-second pause at the bottom of each rep. Complete this exercise for three sets of 12 reps.

"The abs stabilize and work no matter what position your body is in," explained Raphael. "That's why training lateral stability or emphasizing the obliques with side planks is a must. Most people think of side planks as an oblique exercise, but it actually trains your entire core, from your back to your glutes." 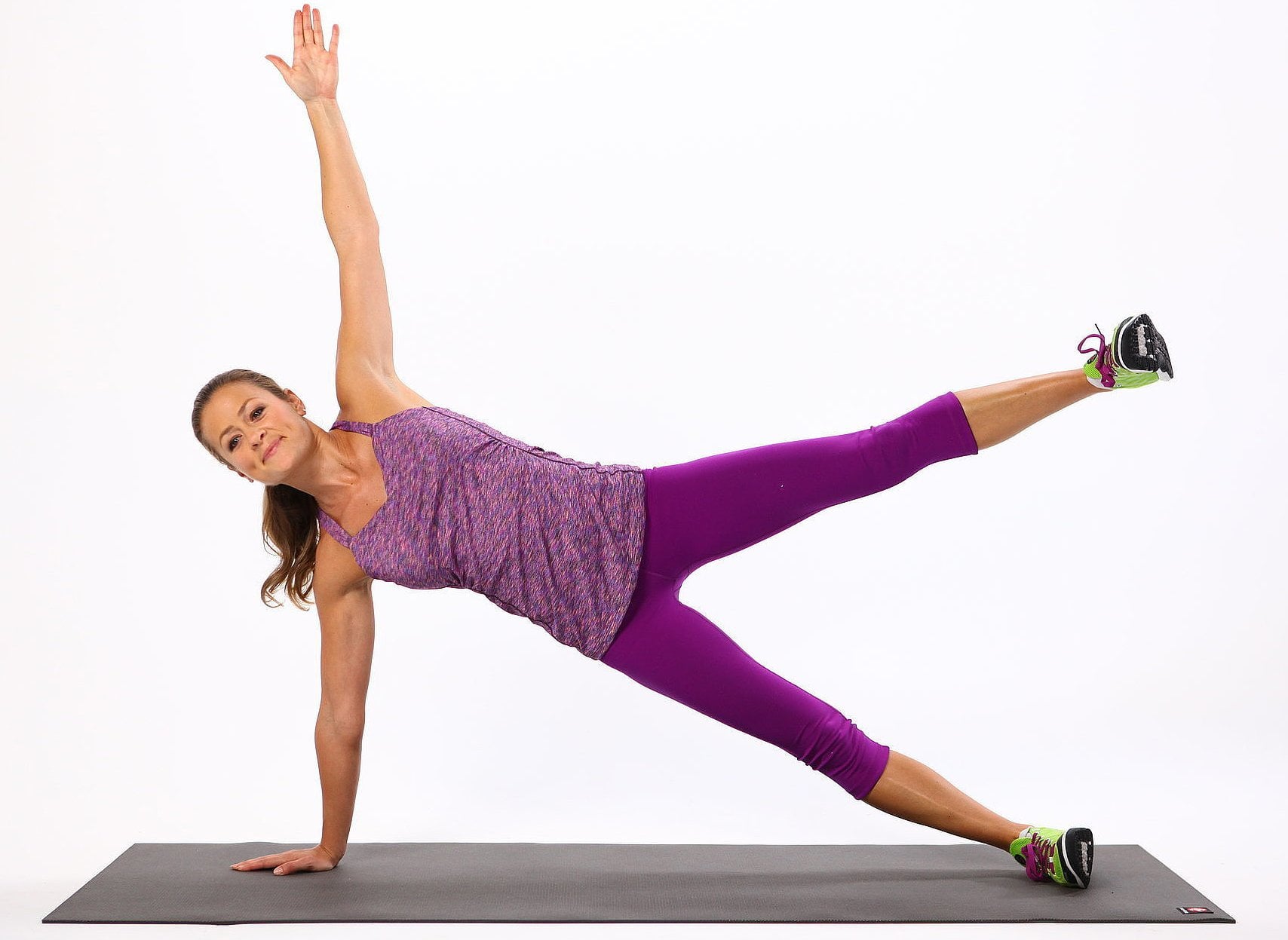 Complete this exercise for three sets of 30 seconds, or at least 12 reps on each side.