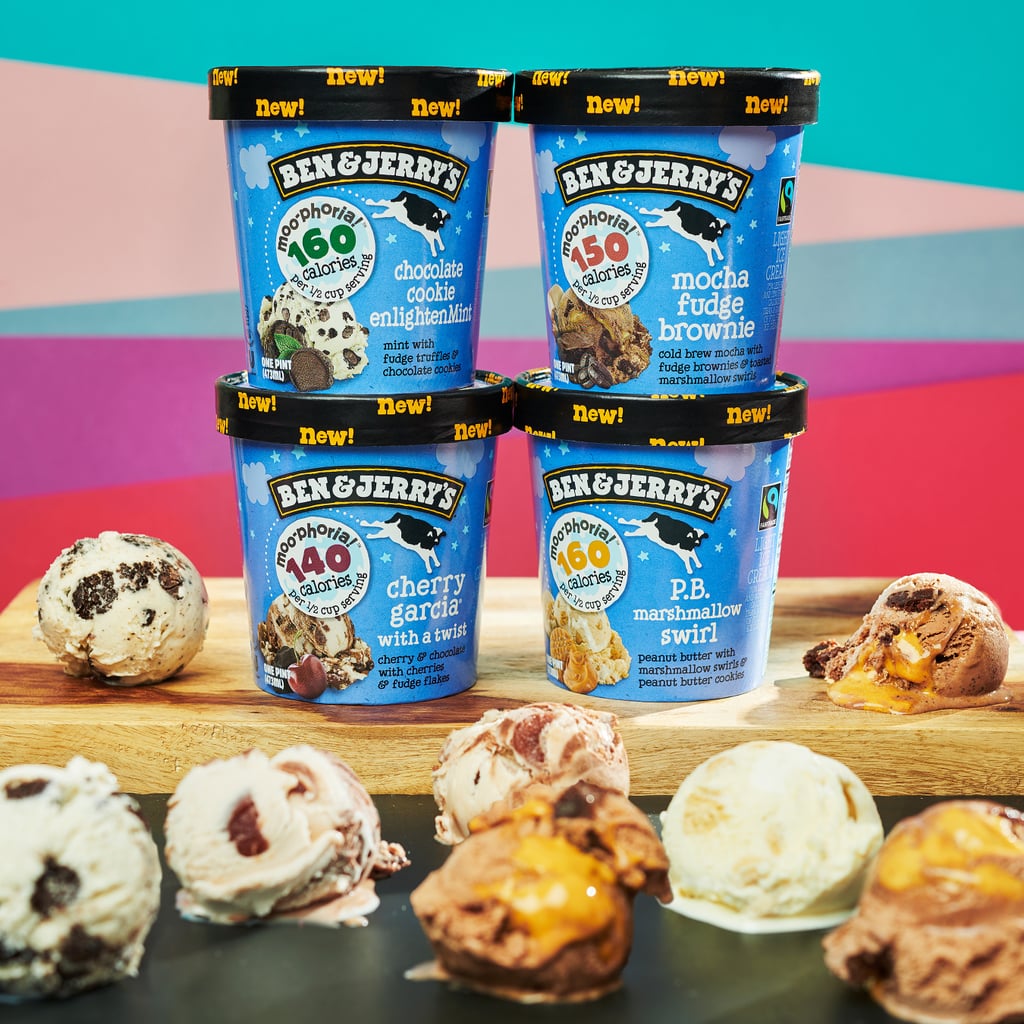 As much as we hate to admit it, eating a pint of ice cream isn't as adorable as Michelle Tanner made it look in Full House. But luckily for us, Ben & Jerry's released new low-calorie flavors that make our sweet dreams a little more realistic. After initially releasing three fan-favorite flavors with a "Moo-phoria" low-calorie spin back in February, the brand has announced four more delicious light ice cream flavors including Cherry Garcia With a Twist, Chocolate Cookie EnlightenMint, Mocha Fudge Brownie, and P.B. Marshmallow Swirl.

Each flavor ranges from 140 to 160 calories per serving, and because they're made with Ben & Jerry's classic light ice cream flavors, there's no compromise of any deliciousness. Read on to see a breakdown of the four new flavors, but we're warning you: you might want to keep your sneakers handy for your subsequent sprint to the grocery store.

Related:
I Tested Protein-Packed Healthy Ice Creams — These 6 Are Quite the Treat
Previous Next Start Slideshow
Ben & Jerry'sHealthy LivingDessertIce Cream

Product Reviews
The Evolvetogether KN95 Masks Are Back in Stock, So You Can Get Your Pack Now!
by India Yaffe 17 hours ago